On the official social media profile of Humans of Bombay, the captain of Indian national football team, Sunil Chhetri revealed his love story with his wife, Sonam Bhattacharya. 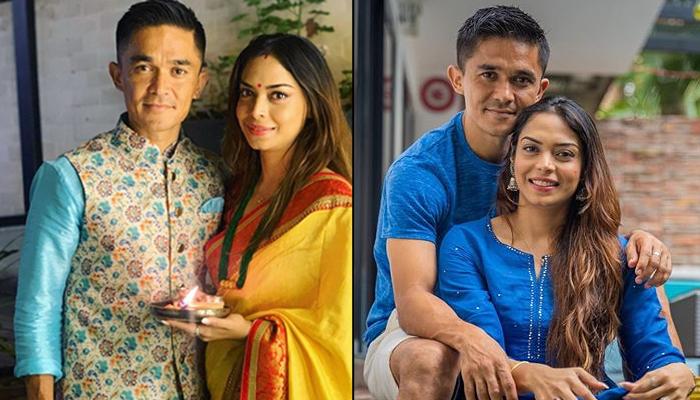 Love often makes you do things, that you once believed you aren’t capable of doing! We often look for our ‘the one’ to fall in love with but Cupid strikes us with its sharpest arrow when and where we least expect it. Because fate or destiny may have other plans for us. Just how we admire ‘the way they met’ stories of our favourite celebrities, we came across another beautiful journey of love and we couldn’t help but share it with you too! (Also Read: Real Life Couple Who Broke All Societal Stereotypes And Got Married As Per Three Different Cultures)

On the official social media profile of Humans of Bombay, the captain of Indian national football team, Sunil Chhetri revealed his love story with his wife, Sonam Bhattacharya. Before we reveal the same, let us give you a recap of this couple’s marriage. Dressed in a traditional Nepali attire topped with a topi, Sunil made his dulhaniya, Sonam his ‘forever’ on December 4, 2017, in a grand ceremony in Kolkata. His bride, Sonam was beautifully dressed in a red saree and looked gorgeous as a Bengali dulhan and he had also later changed into a Bengali attire.

In an interview with the Humans of Bombay, Sunil Chhetri revealed how his coach, Mohun Bagan’s daughter, Sonam Bhattacharya had approached him by stealing his number from her dad’s phone. Sunil shared, “Her dad was my coach & he used to always mention this guy, ‘Chhetri’ to her. I was 18 & she was 15. She was curious so she stole my number from her dad & texted me saying, ‘Hi! I’m Sonam & I’m a big fan, I want to meet you!’. I had no idea who she was. She was sweet on text so I decided to meet her—when we met I realised that she was a kid! I told her, ‘You’re a kid, go study’ & walked off. But for some reason, we didn’t stop texting.”

Revealing how he came to know that Sonam Bhattacharya was his coach’s daughter and his reaction to the same, Sunil Chhetri continued, “That went on for two months & then one day my coach’s phone stopped working—so he gave it to me to fix. While I was fixing it, the coach’s daughter called & her number looked familiar. I realised that it was Sonam’s number! I was livid! I called her told her that if the coach would find out about us, he’d end my career! She apologised, but I wouldn’t have it.” (Also Read: Rajiv Gandhi And Sonia Gandhi's Unheard Love Story Will Reinstate Your Faith In True Love) 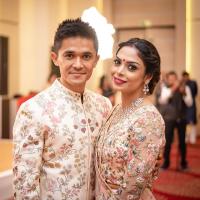 But fate had different plans for Sunil Chhetri and Sonam Bhattacharya. What happened after that, Sunil added, “A few months passed by & I couldn’t get her out of my mind. I enjoyed talking to her. So I texted her & we started chatting again. Soon, we started to meet, but we couldn't let anybody know. I used to travel a lot so we’d only meet twice or thrice a year. I used to go to the cinema, buy two tickets — & leave one for her at the counter. I’d enter first & she’d enter 10 minutes later. Years went by & our bond became stronger. As I grew in my career, she was always there to calm my fears & be my backbone. We grew up together & fell in love in the process.” 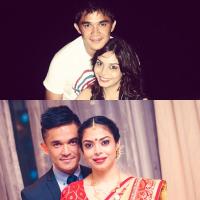 Finally reminiscing the moment when he gathered the courage to ask his coach, Mohun Bagan, his daughter’s hand for marriage, Sunil Chhetri remarked, “When we were both old enough & wanted to get married. I decided to go & talk to her dad. I was so nervous when I walked into her house. When we sat down & I finally mustered the courage to tell her dad, ‘Sir, I love your daughter.’ He just said, ‘Ya, ya it’s okay’ & went to the bathroom. Finally, when he came out, he gave his nod of approval! And in a few months, we got married.” 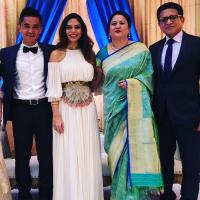 Concluding his journey of love with how he can’t imagine his past and future without her, Sunil Chhetri shared, “We dated for 13 years & have been married for 2. Sonam has been there through every monumental moment. When I was a nobody & had no money, she was there. When I had my first win & even my first loss, she was there. When I made captain, she was there. I can’t imagine my past without her & definitely not my future. ‘Till date she calls herself my ‘biggest fan’, but I hope she knows that I’m always & so much more, in awe of her.” (Also Read: 11 Famous Indian Sportsmen And Sportswomen And Their Unknown Love Stories That Inspire Us) 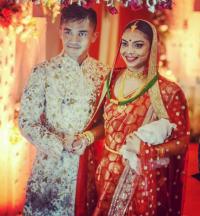 We wish an eternity of happiness and love for Sunil and Sonam!