Sumona Chakravarti Pens A Note On Self-Love This Women's Day, Says 'I Am Alone But Not Lonely'

Sumona Chakravarti Pens A Note On Self-Love This Women's Day, Says 'I Am Alone But Not Lonely' 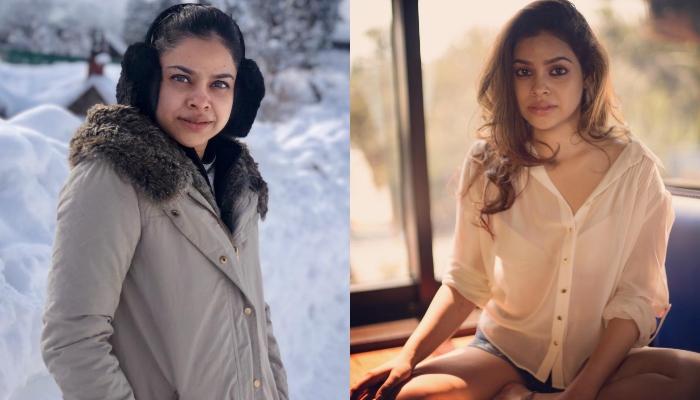 A strong woman knows how to love, forgive, let go and move on when the time is right, no matter what life throws at her. This woman’s days we are saluting the spirit of millions of women out there, who are fighting all the challenges head-on. And, in midst of it all, television actress, Sumona Chakravarti did something which will resonate with every woman. (Recommend Read: Shloka Mehta Looked Stunning In A Pastel Lehenga As She Danced With Her Team On Mehendi [VIDEO])

Today (March 08, 2019) Sumona took to her Instagram handle and penned down a super-special post on self-love which most of us lack in our generation. The actress posted a picture of herself and along with it wrote, “I'm a 30 yr old Single Independent girl. I'm alone but not lonely. Have had my heart broken and shattered. I have seen failure more often than not. Accepted rejection time and again. Been labeled headstrong, a girl who is “moofat”, who speaks her mind.” 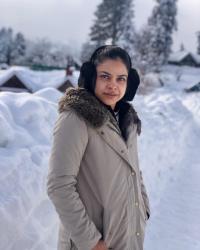 She further writes about the mistakes she made and how it helped her to get evolved, “Made huge mistakes knowingly & unknowingly. I have been crushed to powder, BUT I have risen from the ashes time & again. To all the young girls n women out there- all that glitters is not gold. Don’t judge a book by its cover. It’s true. Trust your instincts. Love yourself more. Be your No.1. Learn to say No. Fight. Learn. Get up. Grow. Ask. Take help if needed. U don’t have to always run, just walk instead.” (Also Read: Shloka Mehta's Sister, Mana Mehta Looks Stunning At Former's Mehendi Ceremony, Pic Inside) 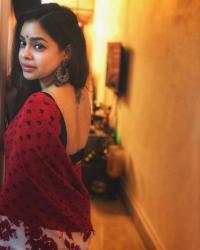 In the end, she thanked all those who helped her grow in this big journey called life, and shared, “To my family, friends & well-wishers -Thank you for the infinite love & support to me. But the Biggest Thank you to all my naysayers, to those who tried to put me down personally/ professionally. Thank you for without ur doing I would not have found my strength. I wouldn’t be Me. HAPPY WOMENS DAY!” 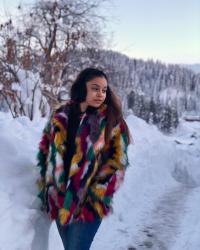 Earlier, in an interview with News18, Sumona talked about her love for acting and had stated, “I love the craft of acting and I do theatre, television and films only because I love acting. I don't have any reservations when it comes to these three mediums. When I was doing theatre, I realised it was not paying enough so I looked at the television and after several years of hardships I got my due because of television and eventually films happened.” (Don't Miss: Shloka Mehta: Everything About Akash Ambani's Wife-To-Be And Ambanis' Bahu-To-Be)i

In a throwback interview, Sumona had talked about being referred to as Kapil Sharma's wife, Mrs. Sharma, because of her popular comedy stint on his show. She had said, "A lot. People think he is my husband in reality too. He told me that I’ll never get a husband as people think we’re married. I’ve had men come up to me at restaurants and events and call me Mrs Sharma. This year, I’ve resolved to fall in love."

Well, Sumona is another inspiration for us! You go, girl!