The Ambanis are going to give us the most-awaited spectacle of 2019! Yes, you guessed it right, it’s Mukesh Ambani and Nita Ambani’s son, Akash Ambani’s wedding with Shloka Mehta which is scheduled to take place tomorrow, on March 09, 2019. After a lavish three-day affair of pre-wedding ceremonies last week at St. Moritz, Switzerland, Ambanis-Mehtas hosted a Harry Potter-theme party for the guests and tomorrow the Ambanis and Mehtas will become one family. (You May Like: Shloka Mehta Looked Stunning In A Pastel Lehenga As She Danced With Her Team On Mehendi [VIDEO])

Akash Ambani and Shloka Mehta’s mala and mehendi ceremony took place yesterday i.e. March 7, 2019, and it was as grand as it gets. Last night, we brought to you the first picture from the same, and today, on March 08, 2019,  we have the news of that one person who is always the most excited when it comes to a wedding. We are talking about the bride-to-be, Shloka Mehta’s sister, Mana Mehta who rocked it last night with her simple look. The make-up artist, Simran K Sadarangani, has posted the following picture of Mana Mehta and captioned it, “@manamehta asked for a simple look for #akustoletheshlo and we gave her that #sisterofthebride.” 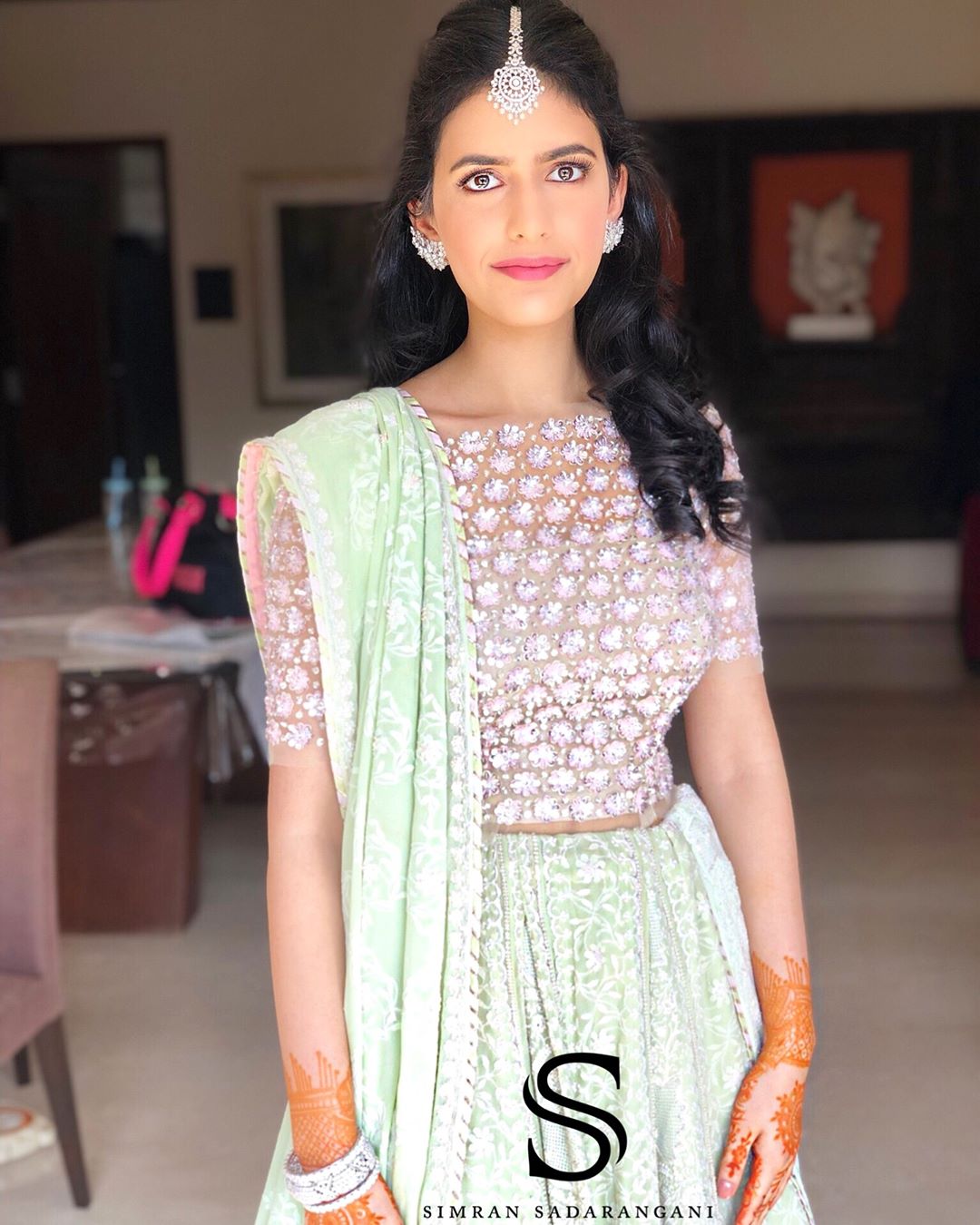 As you can see above, Shloka’s sister, Mana Mehta looked stunning in her light green top designed by Dabiri Couture and in her beige top with Abu Jani Sandeep Khosla label. She accentuated her look with minimal make-up and a dupatta twinning with her skirt. Akash Ambani and Shloka Mehta’s wedding is the most-awaited wedding of 2019. Talking about their wedding itinerary, a source had earlier told India Today, “The Mangal Baaraat will assemble at the Trident in Mumbai at 3.30pm on Saturday. From the Trident, the baaraatis are to leave for the Jio World Centre in Bandra Kurla Complex. A high tea will be hosted for the guests at Jio World Centre at 6.30pm on March 9. Akash and Shloka's wedding ceremony will take place at 7.30pm.” (Also Read: First Picture From Mehendi And Mala Ceremony Of Akash Ambani And Shloka Mehta, Bride Looks Stunning) 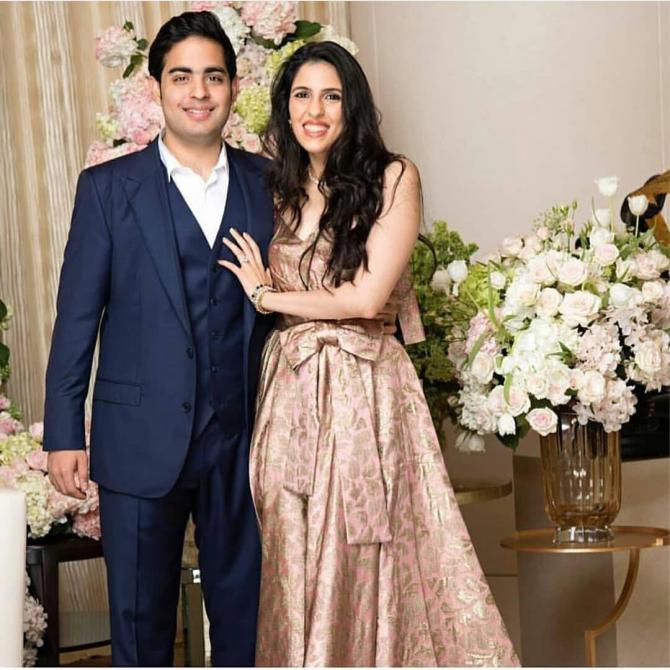 The sangeet ceremony is scheduled to take place tonight on March 08, 2019. About the same a Mid-Day report had earlier claimed, “Since Shloka and Akash are both fans of Maroon 5, the family thought it fitting to have them perform for the couple at the sangeet that will be held on March 8. While Akash's favourite track is Sugar in which the band is seen gatecrashing weddings, Shloka loves Move Like Jagger.” 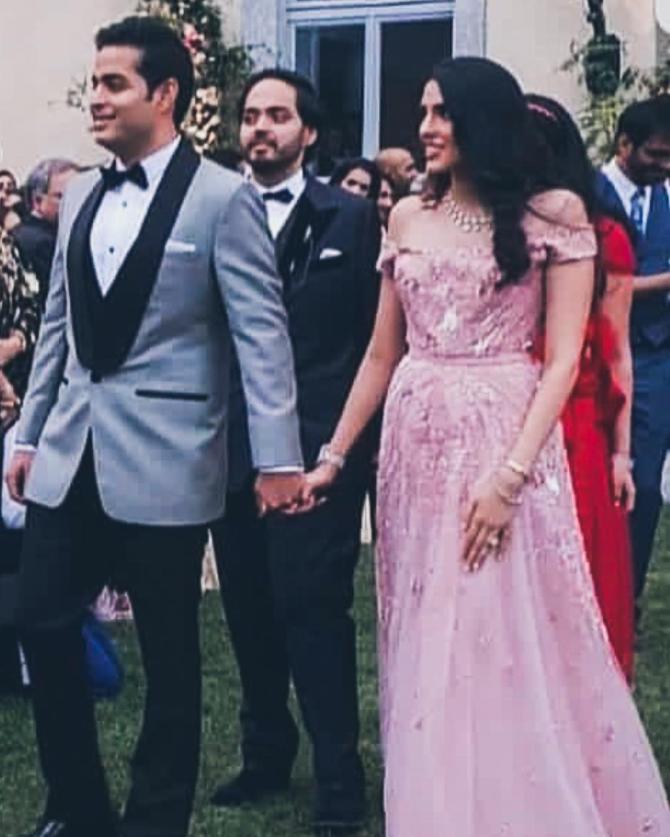 The report could further be read as, “Naturally, these two chartbusters have found a place in the set that the band is putting together for their gig. They are expected to perform for almost 40 minutes with other hits like She Will Be Loved, Makes Me Wonder and One More Night on the playlist. The team of sound designers that frequently works with Maroon 5 is coming down from Canada to check on the arrangements. Maroon 5 is known to charge anywhere between $1mn and $1.5mn for private shows. It will be an expensive affair.” For those who do not know, Shloka Mehta is the daughter of diamantaire Russell Mehta and Mona Mehta. Shloka was Akash’s classmate at the Dhirubhai Ambani International School and guess what? Akash had proposed to Shloka on the last day of their school and obviously, she had said ‘yes’! (Must Read: Ranveer Singh Has The Cutest Message For Deepika Padukone After Seeing Her Ad With Ranbir Kapoor) 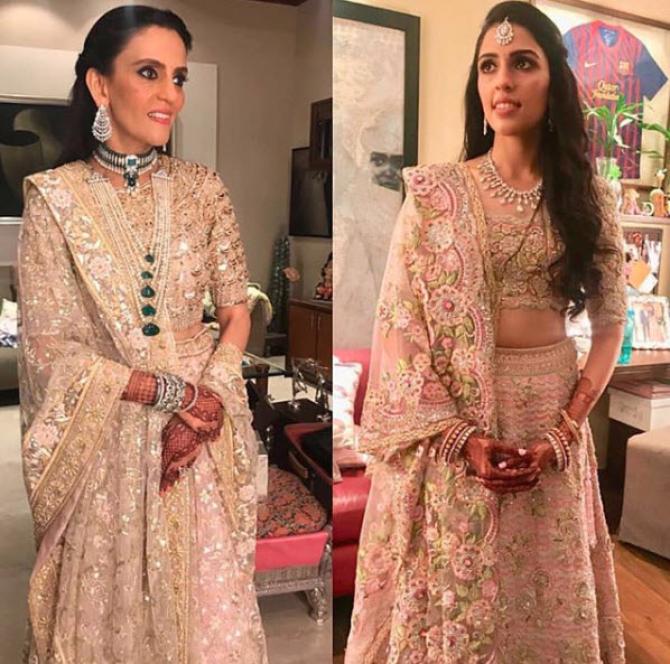 On March 6, 2019, Ambanis and Mehtas organised an Anna Seva ceremony, wherein they reportedly served dinner to over 2,000 children across orphanages and old age homes in Mumbai, and will continue to do so until March 13, 2019. And yesterday, it was Shloka and Akash’s mala and mehendi ceremony. In case you missed out on the videos and pictures from the same, take a look:

We can’t wait for Shloka and Akash’s wedding tomorrow. Stay tuned in here for more updates on the same. 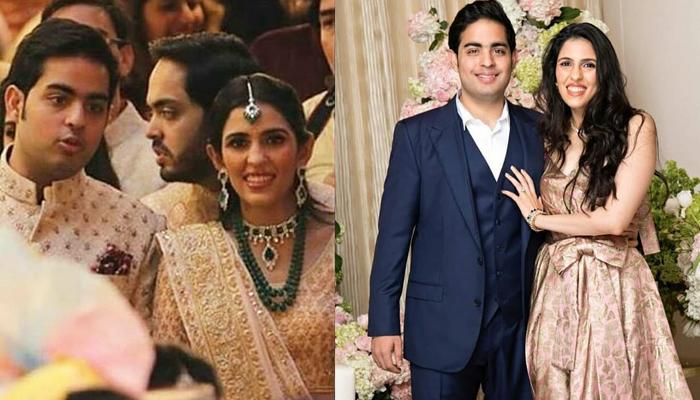 Celeb weddings are the most-awaited affairs in the tinsel town, and when it's the wedding in the house of India's richest man, we can't keep calm. Yes, Mukesh Ambani and Nita Ambani's son, Akash Ambani is soon getting married to his childhood friend, Shloka Mehta. (Suggested Read: Freddy Daruwala Blessed With