Shah Rukh Khan's daughter, Suhana Khan shared some mesmerising pictures of herself on her IG handle. Her BFFs, Ananya Panday and Shanaya Kapoor cheered for her.

Bollywood star kids, Suhana Khan, Ananya Panday and Shanaya Kapoor have been friends since childhood. From partying together to enjoying every special moment of their lives, the trio has given us major friendship goals. Not only this, they even have a WhatsApp group called Charlie’s Angels! Well, we have often seen glimpses of Suhana, Shanaya and Ananya’s social media banter, and we love how they always make sure to cheer for each other.

A few months back, Suhana Khan had turned muse for her mom, Gauri Khan, and the pictures from their makeup session had broken the internet! Suhana was seen dressed in a printed white tube front knotted top and blue jeans, and had flaunted her long tresses with beach waves. Posting the pictures of her daughter, Gauri Khan had captioned them as “No hair!!!!! No make up!!!! Just my photography!!!!” Suhana had also posted the pictures on her IG handle and had written, “My mum took these @gaurikhan.” On Gauri’s post, Suhana’s BFF, Ananya Panday had commented, “I like this top sue!! But ur never gonna lemme borrow @suhanakhan2.” To her comment, Suhana had replied, “@ananyapanday give my shorts back.”

Suhana Khan Is Back From London, Parties With Besties, Ananya Panday And Shanaya Kapoor, Pics Inside 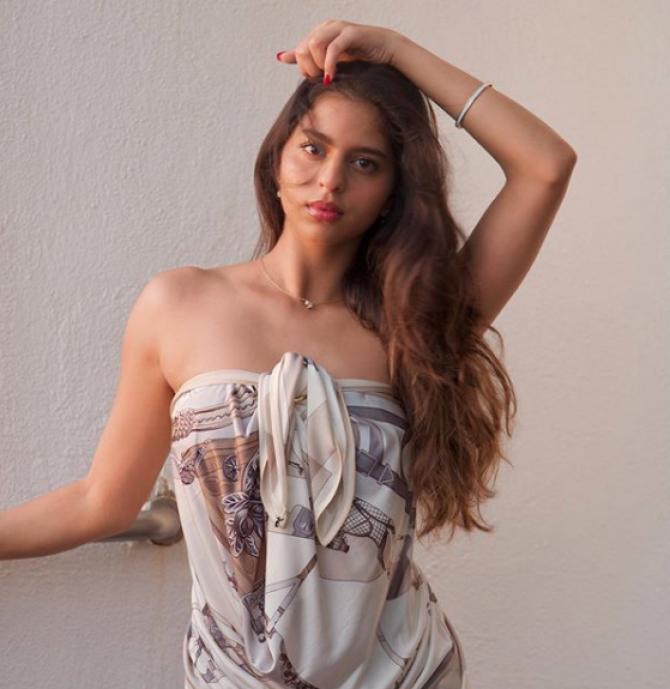 A few moments back, Suhana Khan took to her IG handle and shared two mesmerising pictures of herself. In the pictures, Suhana can be seen lounging on her couch in an animal-printed slit dress. The star kid opted for minimal makeup consisting of glossy lips and mascara-rimmed eyes. She flaunted her long silky tresses and bright red nails as she posed for the camera. Sharing the photos, she wrote:

“Wait lemme pose for u.”

As soon as the star kid shared the pictures, her BFFs, Ananya Panday and Shanaya Panday dropped comments on her post. While Ananya Panday wrote, “Glg", with a heart-eyes emoticon, Shanaya Kapoor wrote, “Sue", with a bunch of red heart emojis. Apart from them, some others who reacted to the post were Fabulous Lives of Bollywood Wives' fame, Bhavana Pandey and Seema Khan. Check out the comments:

In an interview with the Vogue India, Ananya Panday had talked about her childhood friends, Shanaya Kapoor and Suhana Khan, and had revealed who is a pro at makeup. As expected, Suhana Khan turned out to be the 'makeup guru' of the squad. Ananya was quoted as saying:

"She (Suhana) does the perfect winged liner! I am probably the worst at it out of everyone. If that doesn't come from a space of humility, she sure does a good job of hiding it, I think to myself, as she tells me more." Shanaya Kapoor’s mother, Maheep Kapoor, who had made her Bollywood debut with Netflix's Fabulous Lives Of Bollywood Wives had talked about Suhana, Shanaya and Ananya's friendship in an interview with the PeepingMoon. Maheep had emphasised that because the three girls have been friends since they were born, their friendship will challenge the perception that relationships in Bollywood are flaky. In her words:

"These girls will prove them wrong, they're too tight. I mean literally, we gave birth to them, and they've been glued to each other. They are such close friends. It would be amazing to see the three of them on screen. I love them, I love the way they are with each other. They have each other's back." 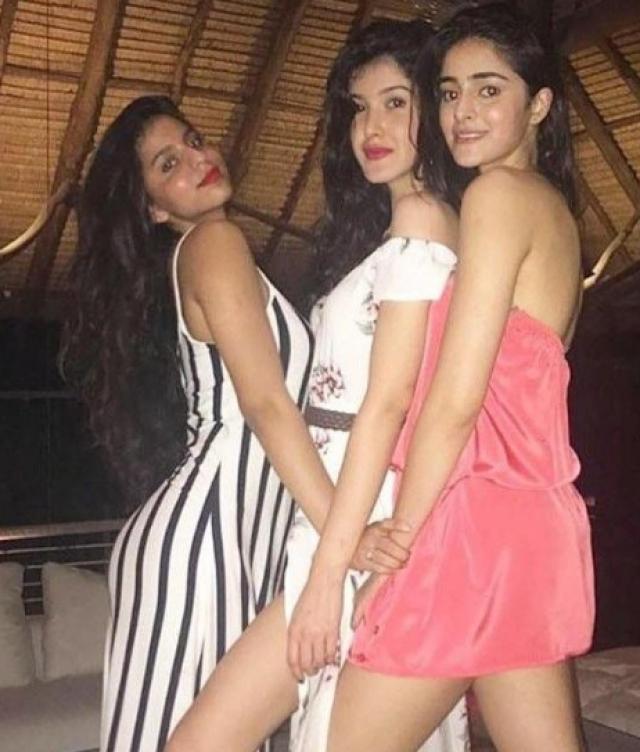 For the unversed, Suhana Khan is currently studying at New York University.

Don't miss: Neha Dhupia Shares Candids Of Her Daughter Mehr With Kapil Dev To Wish Him On His 63rd Birthday

Suhana Khan Is Back From London, Parties With Besties, Ananya Panday And Shanaya Kapoor, Pics Inside