King Khan, Shah Rukh Khan and his wife, Gauri Khan are those bigshots whose kids, Aryan, Suhana and AbRam Khan are always under his fans and media scrutiny. Checkout Suhana's latest pics. 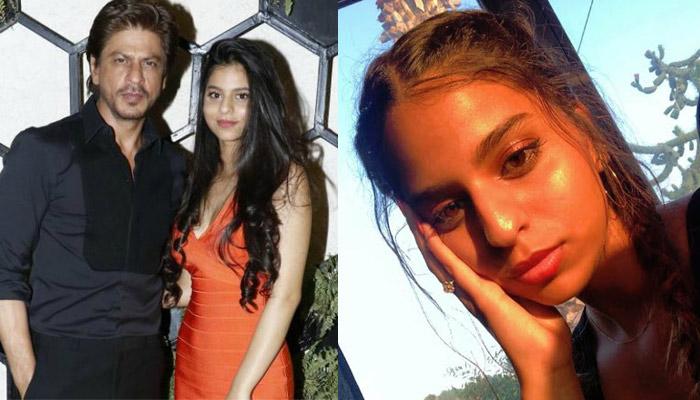 Personal life no more ‘personal’, constant media glare, probable linkup rumours, baseless breakup news and whatnot, actor’s life is not an easy sail at all. While there are many boons of being a public figure, there are banes of the field as well and those are not restricted to your life, but it can shadow on your families’ lives as well. King Khan, Shah Rukh Khan and his wife, Gauri Khan are those bigshots whose kids, Aryan, Suhana and AbRam Khan are always under his fans and media scrutiny.

And today, when Instagram is spreading at a rapid pace, it becomes even more difficult to keep your pictures under the wraps. Nonetheless, we thank God that there are ample of fan pages of our celebrities and their families that we get to catch a glimpse of their unseen and throwback pictures. Suhana too, has her own shares of innumerable fan pages and we stumble upon her snaps whilst our casual social media scrolling. (Also Read: Taimur Ali Khan Celebrates Maasi, Karisma Kapoor's Birthday With Mommy, Kareena And Family) 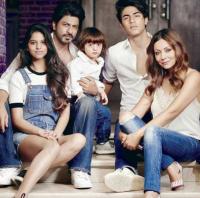 So yeah, a few pictures of King Khan’s darling daughter have gone viral on the internet wherein she can be seen partying with her friends. In the snaps, Suhana is looking breathtakingly stunning in a red tube top and black dungaree, keeping her hair neatly tied up in two cute braids. It seems that the theme colour of the party was black and red as her other friends in the picture are also wearing the same colour. Checkout the pictures in question right here: 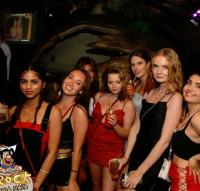 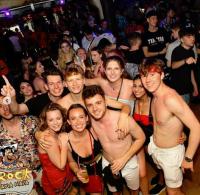 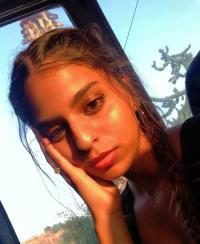 For the ones who don’t know, Suhana appeared on the Vogue cover in 2018 and it was daddy dear who had unveiled the cover for the same. The proud father had then shared, “I hope it is not taken as an entitlement because she happens to be Shah Rukh Khan’s daughter, but I hope it is seen as a responsibility that Suhana now has. Thank you very much for giving her this opportunity. She is 18. She is lovely, sensitive, sweet and extremely shy but also extremely strong. And I just want to thank you all who were behind all this and for making her look so nice. I will be proud of her when she is proud of herself and the job that she does and Insha’Allah she will do that.” (Checkout: Mira Kapoor Gives Us A Quick Glimpse Of Her 'Sunshine', Shahid Kapoor, Video Inside) 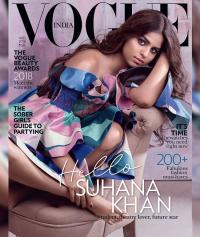 Speaking to the Mumbai Mirror about his children’s future plans, Shah Rukh had once shared, “Neither Aryan nor Suhana have been groomed to be actors. She will go to an educational institute for three-four years to train in acting after finishing school.” King Khan had continued that Aryan wants to become a director, “Gauri and I never told our kids that they have to grow up to be actors. People around would say handsome hai, tall hai, body achcha hai, but if looks were a criterion, I’d never have been an actor.”

In an interaction with The Indian Express, SRK had once talked about imbibing good values in his children. He had revealed, “I teach my 21-year-old son that disrespecting a person is not okay, and I don’t mean beating or the kind of things that #MeToo has brought out. I’m talking about basic respect. I’ve been married for 30 years I’ve never looked into my wife’s purse. I still knock on the bedroom door if she’s changing; I knock on my daughter’s bedroom door. They know it’s me, but this is their space.”  (Also Read: Diyvanka Tripathi And Vivek Dahiya Kickstart Their 3rd Wedding Anniversary Celebration With A Trip) 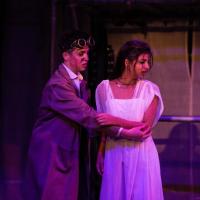 Of late, rumours were rife that Suhana was all set to enter the showbiz world as she was spotted on father, Shah Rukh’s sets of Zero. Clearing the air about the same, Shah Rukh had told the PTI, "She came on sets because learning acting has a lot to do with spending time on the sets and learning production. She did the same in London and while she was here." He further added, "She said she still has two weeks to go back to London and we were shooting a song for Zero in the coming two weeks. So, she came here to have that experience." In a media interaction way back, Gauri Khan was questioned what would happen if Suhana happens to date a struggling actor and wishes to marry him. To which the doting mommy had then answered, “Shah Rukh would catch hold of him and make him sit and bore him to death. He would ask him so many questions and teach him how to act. He would get fed up and run away!" Gauri had further gone on to share, “For him losing his parents at such a young age, Shah Rukh wants to spoil them. He wants to give them everything. He spoils them rotten, I can't do anything. I just have to sit back and complain, like a complaint box." (Do Read: Karisma Kapoor Turns 45 But Looks Not A Day Older Than Twenty, Shares A Perfect Birthday Picture)

What lovely pictures Suhana, we must say! What do you guys have to say about these snaps? Do let us know!

Shah Rukh Gets Peck On Cheeks From Gauri Khan And Suhana Khan, Wife Says He Deserves It On Most Days After jumping off from many hurdles, obstacles and pigeonholes, Shah Rukh Khan and Gauri Khan’s love obtained triumph. Right from keeping their relationship a secret for five long years to also changing his name to impress Gauri’s parents, their true love nestled into their lovely marital union on October 25,