Divyanka Tripathi and Vivek Dahiya definitely know how to turn every day into a 'happily ever after'. Scroll down to know how they are celebrating their 3 years of togetherness!

Marriage can perfectly be defined as a constant effort to turn your every day into a 'happily ever after' despite all the fights, mood swings and gloomy days. As in the end, marriage is the greatest adventure and your partner is a perfect weirdo, who matches the level of your sanity. Scroll down as television couple, Divyanka Tripathi Dahiya and Vivek Dahiya perfectly lesson us on how to keep the love alive in a marriage even after three years of togetherness. (Recommend Read: Kareena Kapoor And Karisma Kapoor's Throwback Pic From Their Teenage Years In This Family Photo)

While we have grown up hearing stories of television couples falling in love with their co-star, Divyanka and Vivek's story is no different. However, the only interesting twist in it is that their close friend and actor, Pankaj Bhatia played the role of Cupid and insisted them to go out on a date. And that was the beginning of a beautiful love story. It was in 2015 when Vivek finally popped the question and had swept Divyanka off her feet on her birthday with a cute proposal. On July 8, 2016, the couple sealed the deal by tying the knot in Chandigarh.

The duo has been giving us couple goals ever since they exchanged the wedding vows. And while we love their constant travel stories and mushy romance, in a blink of an eye, they completed three years of togetherness. And guess what? The couple is back on setting inspiration with their 3rd-anniversary travel stories. They have already left the country for their anniversary celebration. On June 25, 2019, Divyanka took to her Instagram handle and shared a gorgeous picture of herself from the Hong Kong International airport, donning a blue jumpsuit. She captioned the picture as, "Lving my favorite part of life! Traveling! Finally! But guess our destination". Take a look at her picture below:

Vivek had also shared a happy selfie on his respective Instagram handle. In the picture, we can see him flaunting his white jacket with relaxed blue bottoms. Along with the picture, he wrote, "Travel commences right from this moment.. plane just took off. Let’s see if this gets posted mid-air or not!" Check it out below:

Coming back to their proposal story, we remember in an interview, Divyanka had spilled the beans on it. She had stated, "He (Vivek) proposed to me on my birthday, December 14, last year. We had gone to Bengaluru together to visit my family and it was the first time he was meeting my parents. Just before the cake cutting, I saw Vivek standing with this beautiful T-shirt with ‘Marry Me Divyanka' written on it. He told me ‘you have everything, but you need somebody who will be committed to you for life. I promise I will never hurt you and keep you happy all your life'.To do something like this in front of my family took a lot of guts and I was zapped. If it was a daily soap, I would have had tears in my eyes and said something. But for the first time I was speechless, I didn't know how to react. I was completely swept off my feet." (Also Read: Maanayata Dutt Twins With Daughter Iqra For Their Shopping Time, Little One Looks Exactly Like Her)

In another interview with the DNA, Vivek had shared how they met with the thought of seeing the other as a life partner, and had said, "We had met with the perspective of seeing other as a life partner and in the first meeting itself I was largely convinced that she is the one for me. But I decided not be hasty about it. It was an arranged match. We were introduced by a common friend who is also a fellow actor. Then we started looking at each other from a life partner's perspective. We often met after work and eventually started understanding that we are very compatible and similar to each other and we can take it further."

He had also revealed the qualities that attracted him towards Divyanka, "Divyanka is very pleasant, positive person and I need that. I cannot handle negativity, possesiveness and restrictions. She blows me away while her smile – She has the best smile ever! I also love her eyes which show the willingness to commit. And the way she makes me feel when she is around is just great. We talk highly of compatibility but there is something beyond that which is underrated and that is the willingness to make it work, to be patient and give space to each other. These are major attributes for a successful relationship and she has all that." (Don't Miss: Raveena Tandon Reacts On Akshay Kumar Recreating 'Tip Tip Barsa Paani', After He Gets Trolled For It)

Well, we cannot wait to see Divyanka and Vivek's airport stories! What about you? 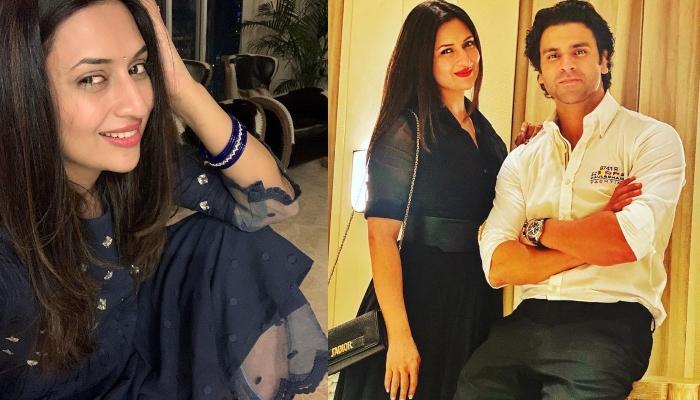 It is that time of the year when the entire nation is busy lighting their hearts and homes with pretty fairy lights and devouring in lip-smacking mithais. Diwali is a perfect time to give ourselves a break from the busy routine and meet our family and friends and celebrate the festival of