Ananya Panday's mother, Bhavna Panday shared a picture from the actress' school days with her BFF, Suhana Khan as they came back home from the sports days, winning medals!

The Charlie's Angels, Suhana Khan, Ananya Pandya and Shanaya Kapoor’s friendship dates back to the time they were born. Yes, they have indeed grown up together and their friendship has gradually turned into sisterhood. From their parties together to their vacations, from their social media banters to their childhood pictures, their fans love them for everything they do.

Shah Rukh Khan's daughter, Suhana Khan, Chunky Panday's daughter and Bollywood's new-found crush, Ananya Panday and Sanjay Kapoor's daughter, Shanaya Kapoor’s friendship often gives us the vibe of ‘You can’t sit with us.’ We love to catch their cutesy childhood memories together and on the occasion of Holi 2021, Ananya had blessed her fans with an old picture from the Holi party with her BFFs, Suhana and Shanaya. She had captioned it as "Happy holi!!!!! My best Holi memories are with these two! Major missing. Stay safe everyone!!!!! Love and light and colour and joy and positivity always." A few hours back, we got another childhood picture of Suhana Khan with Ananya Panday and it reminded us of our school days. Ananya’s mother, Bhavna Pandey took to her IG handle and shared a throwback picture with Suhana, Ananya and her second daughter, Rysa as they were riding back home. In the picture, Suhana and Ananya were in their school uniform as they were gleefully flaunting their medals. Bhavna captioned the picture as “School Sports Day Joy!!!!!! #simplepleasures #missthesedays #toomuchfun.” 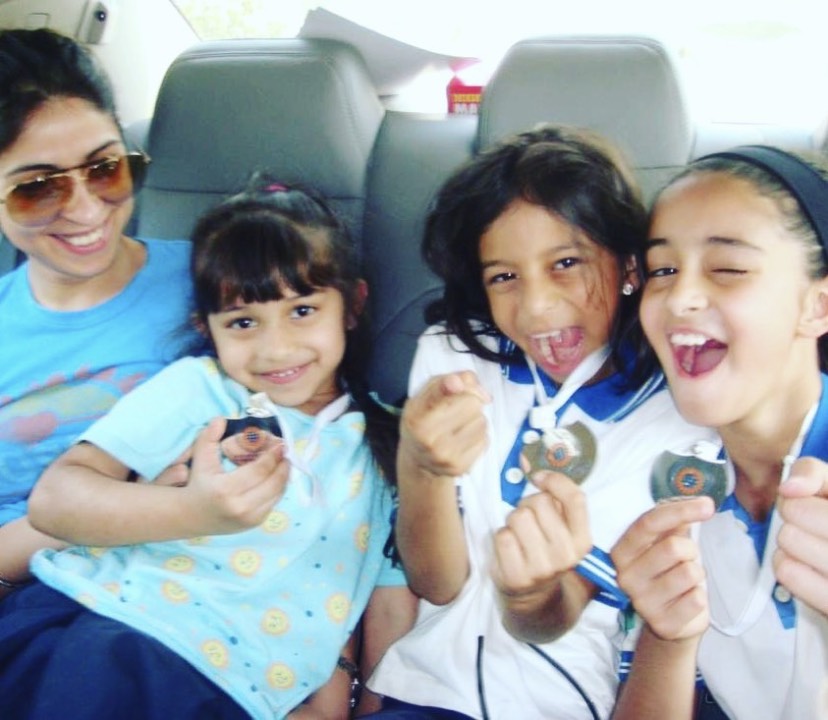 Talking about Suhana Khan and Ananya Panday’s friendship, a few days back, we had got hold of their another childhood picture, which reflected their years-long friendship. The photo was from one of their vacations, where they were seen donning monokinis with their wet hair. Ananya was seen giving a piggyback ride to Suhana, whose tooth was broken. Ananya’s mother, Bhavna Panday was seen sitting behind and with balloons in the frame, it had looked like the picture was from someone’s birthday celebrations.

Recommended Read: Shilpa Shetty Breaks Down During Raid At Their Home, Shouts At Raj Kundra For Ruining Family Name 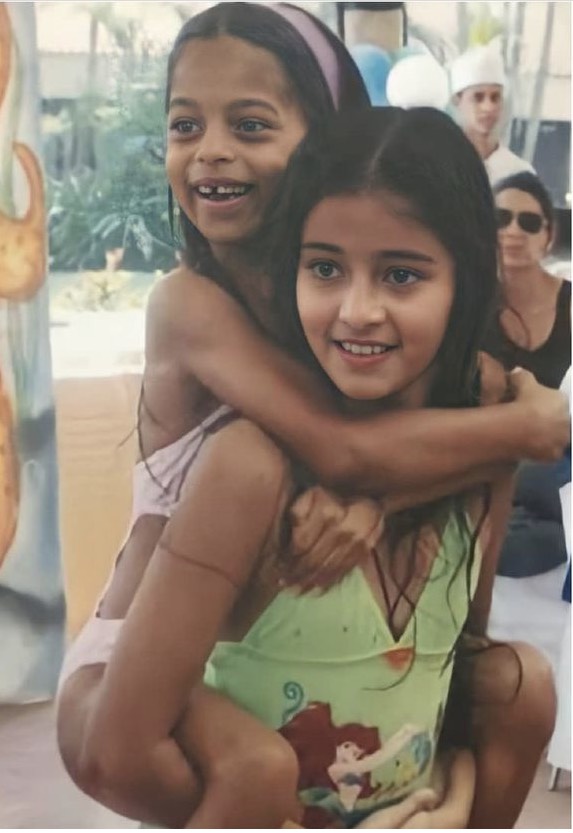 On Suhana Khan’s 21st birthday, Ananya Panday had taken to her IG handle to wish her. On her IG stories, she had posted a cute childhood picture of them, in which, she was seen hugging Suhana. As a birthday wish, she had written, “Happy bday lil Suhaaaf! Love u 4 Lyf @suhanakhan2” atop it. They had looked adorable in the picture shared by Ananya. 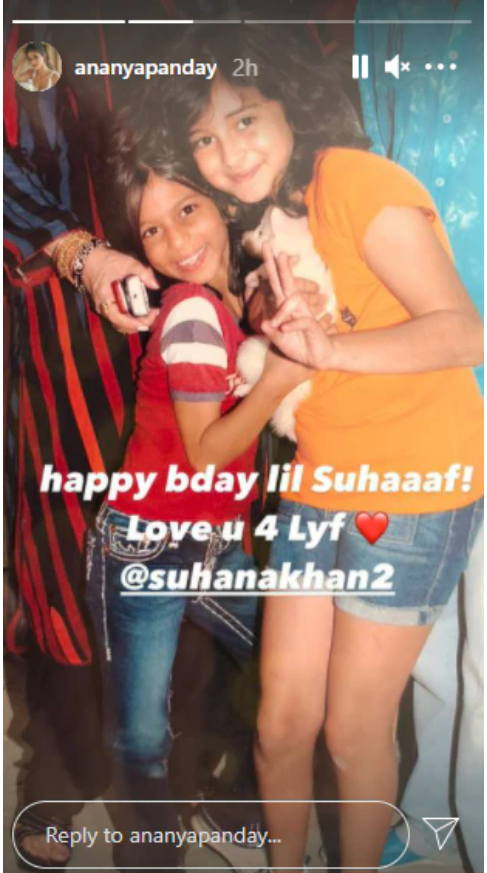 Ever since Suhana Khan has made her IG profile public, she has been dropping some stunning pictures and videos. In June 2021, Suhana had shared a gorgeous picture of herself, donning a black knotted bralette on her IG handle. She had let her hair down and her makeup minimal, with kohled eyes. The picture was a throwback from the photoshoot done by her friend, Palmer Wells. 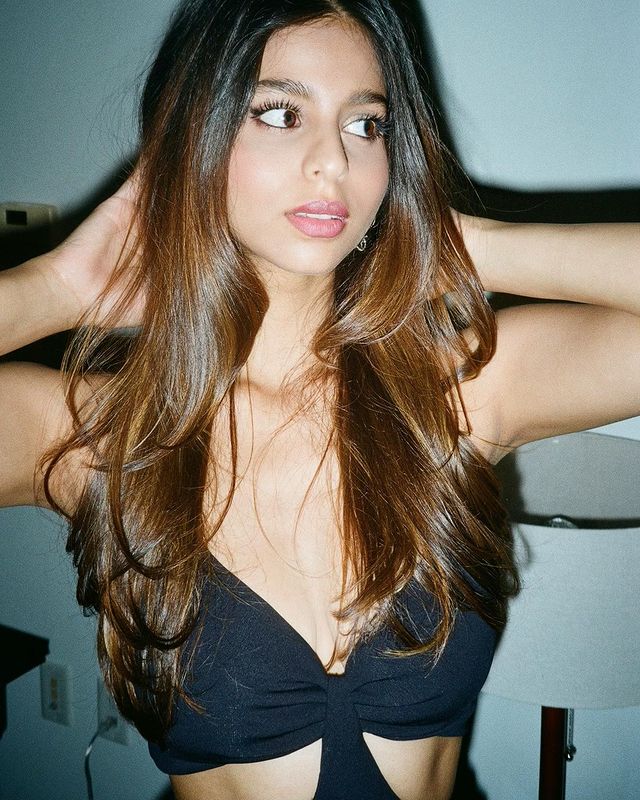 Suhana had captioned her classy picture with a film frame emoticon, tagging her photographer friend. Reacting to the post, Suhana’s BFF, Ananya Panday had written, "You’re like the prettiest person ever" to which Suhana had replied, "Stop that's the nicest thing you've ever said to me". 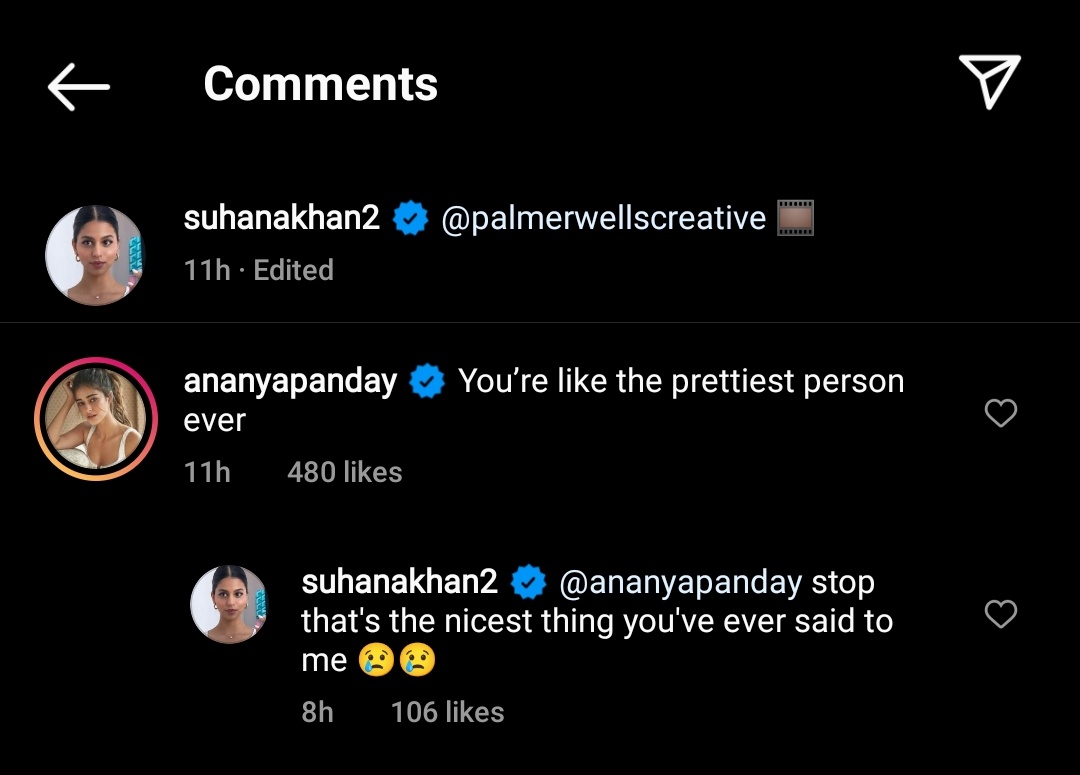 For the unversed, Ananya Panday wants to act in a movie like Dil Chahata Hai with her best friends, Suhana and Shanaya.

Next Read: Mandira Bedi Celebrates One Year Of Tara's Arrival, Pens A Birthday Wish With Their Happy Memories