Preeti Simoes shared a picture of the couple, Sugandha Mishra and Sanket Bhosale from their engagement ceremony on her IG stories.

The Kapil Sharma Show fame, Sugandha Mishra got hitched with the love of her life, Dr Sanket Bhosale in an intimate ceremony in Jalandhar on April 26, 2021. Sugandha and Sanket were rumoured to be dating back in the year 2017, but the two ace comedians had always maintained the 'good friends' stance until April 17, 2021, when they had announced the news of their engagement.

On April 17, 2021, Sugandha and Sanket had taken to their respective IG handles and had shared pictures, announcing the news of their engagement. Sugandha had looked stunning in a mauve-coloured gown, while Sanket had complemented her in a black suit. While Sugandha had captioned her picture with a ring emoticon followed by "Forever @drrrsanket”, Sanket had also added a ring emoticon and had written, “Found my SunShine @sugandhamishra23.” 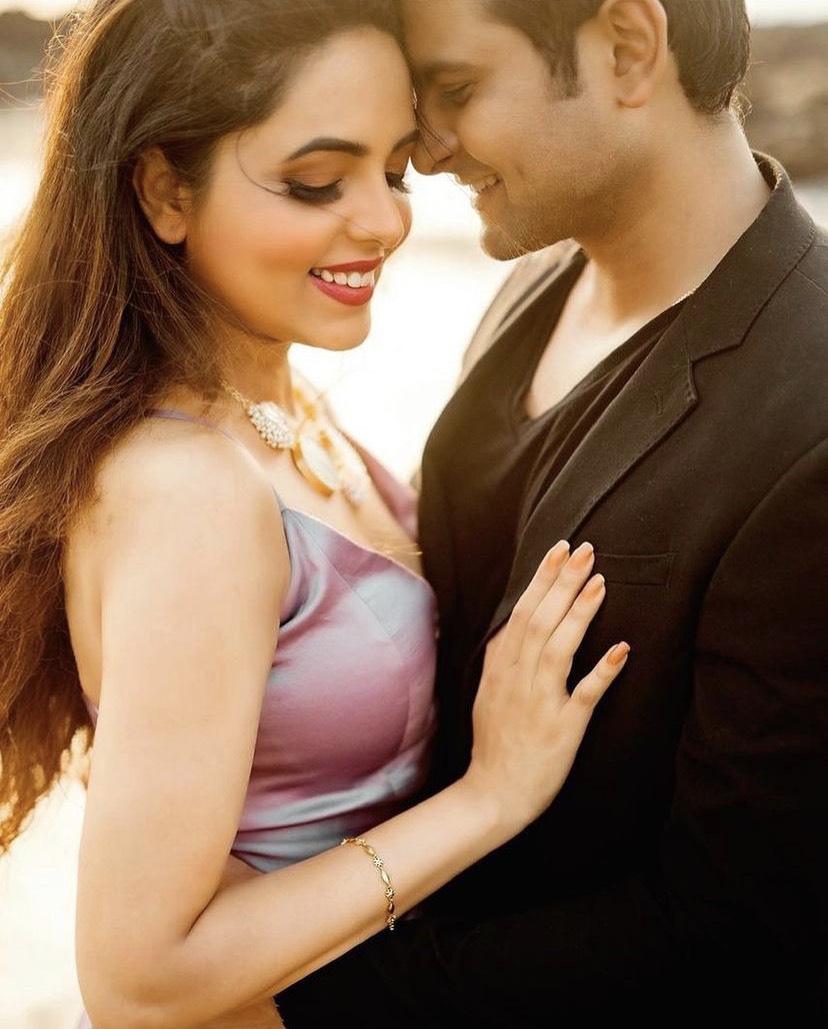 Sugandha Mishra's close friend, Preeti Simoes shared a picture of the couple, from their engagement ceremony on her IG stories. Sugandha and Sanket tied the knot in Jalandhar's Club Cabana in an intimate ceremony without any band-baaja, with only their immediate families and close friends in attendance. For the engagement ceremony, the beautiful couple twinned in yellow. Sugandha looked ethereal in a yellow, one-shoulder crop top with cutwork. She paired it with a bright pink lehenga skirt and completed her look with soft beach curls, minimal makeup and jewellery. On the other side, the handsome groom, Sanket Bhosale twinned with his humsafar in a yellow Jodhpuri with white kurta and pants. Sugandha also shared pictures from her engagement ceremony on her IG handle. 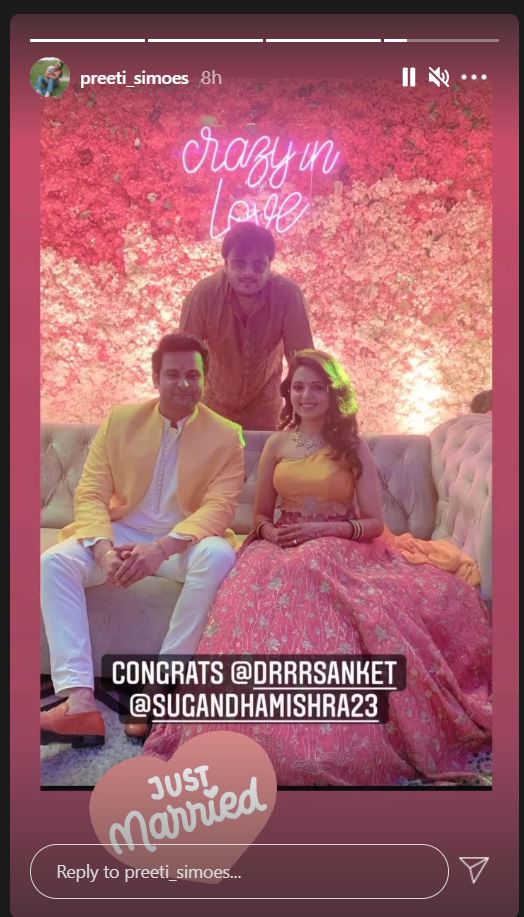 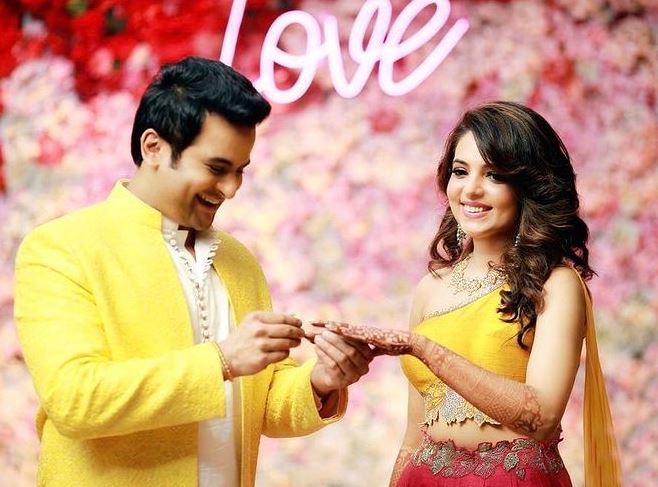 On April 26, 2021, the then-to-be bride, Sugandha Mishra had given a glimpse of her mehendi ceremony. The bride and the groom had a virtual mehendi ceremony at their respective houses. Sugandha had treated her fans with some beautiful pictures from the ceremony. Sugandha had looked stunning in a sea green-coloured lehenga and had complimented it with traditional jewellery. She had left her hair open with subtle makeup. Sugandha had captioned the pictures as “Mehendi ki raat.” Sugandha’s friend, Preeti Simoes had also shared some pictures with her from the ceremony and had written, “Let's get u married. To everlasting happiness ... a fairy tale coming true. @sugandhamishra23 @drrrsanket.”

Also Checkout: After An Affair With Amitabh Bachchan, Rekha Got Married, But Soon Her Husband Committed Suicide 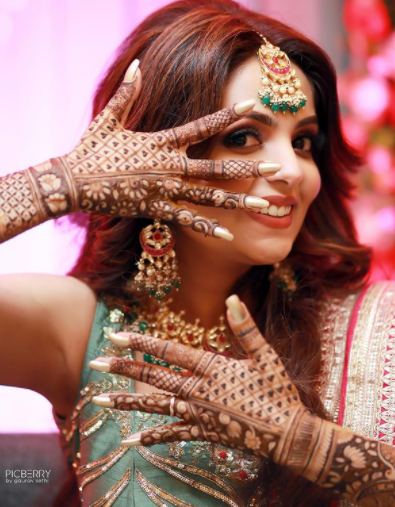 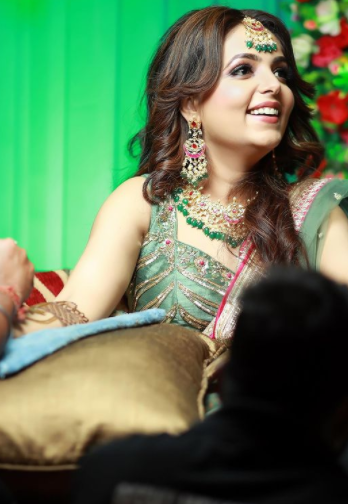 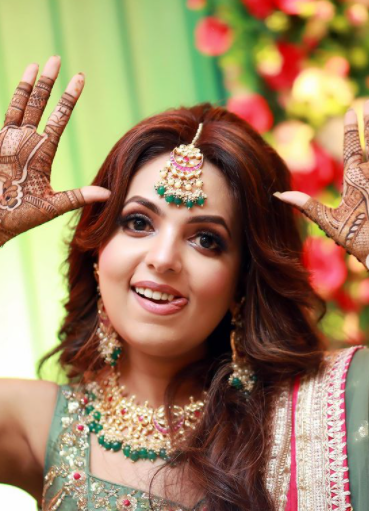 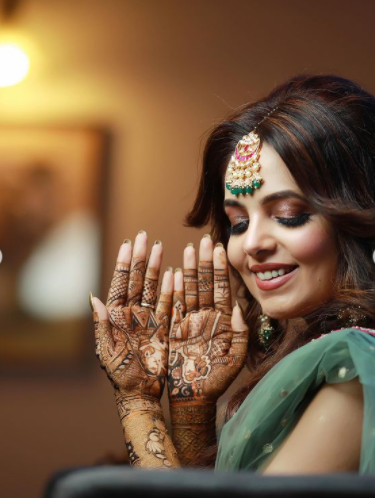 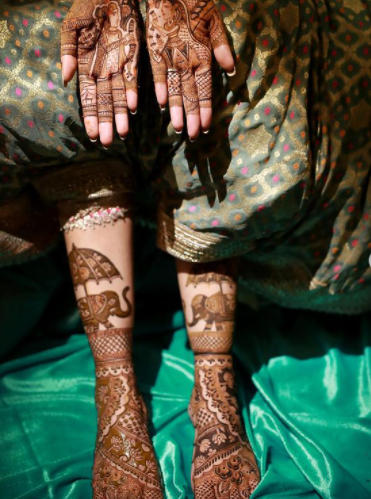 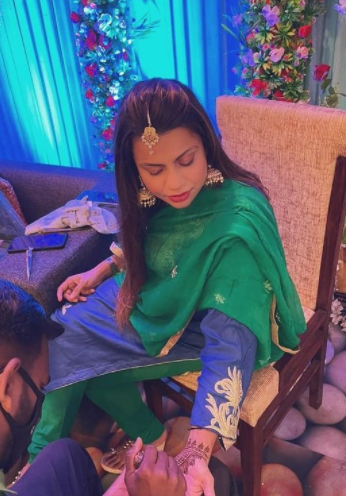 On the other hand, Sanket had also shared a video of their virtual mehendi ceremony. In the video, Sanket and Sugandha were seen celebrating their mehendi ceremony on a video call and had flaunted their henna-clad hands, while exchanging flying kisses. Sanket had captioned the video as "Mehendi laga ke rakhna @sugandhamishra23."

In an interview with Pinkvilla, Sugandha had talked about her wedding and had shared her excitement over the same. Revealing the similar attributes they share with one another, Sugandha had said, “We love to travel, eat, sing and our sense of humour is also very similar. Sanket’s mom wanted to be a singer, while my mom wanted to be a doctor. So now both their wishes have been completed. Sanket is very caring and family-oriented, I love that about him.”

Also Read: Suyyash Rai Shares How He Misses Being With His Pregnant Wife, Kishwer After Being COVID-19 Positive 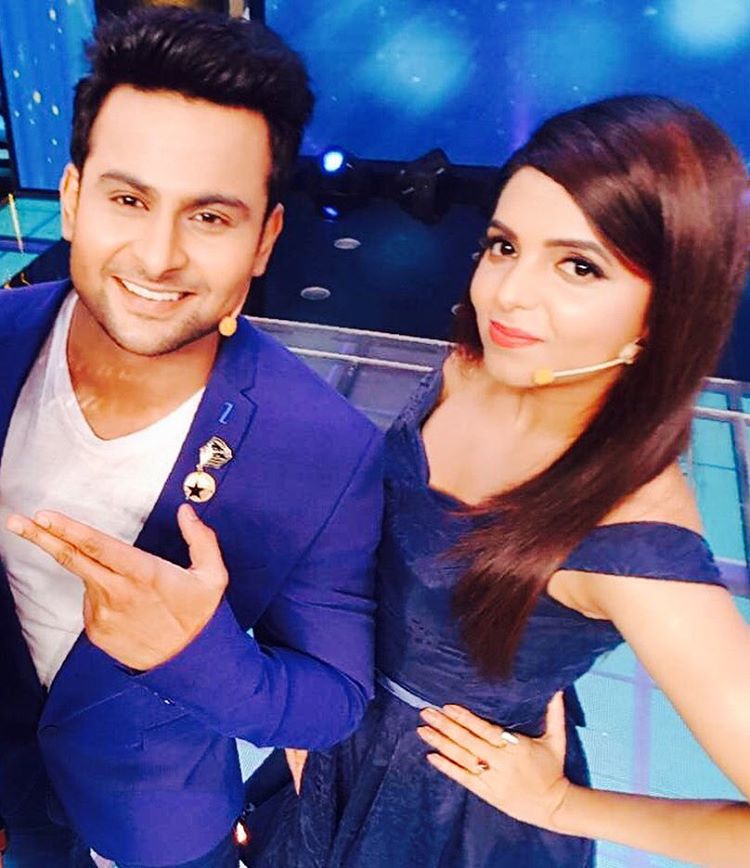 In the same interview, Sugandha had stated how she had joked about marrying again once the pandemic is over, “Mom and dad are of the opinion that we should go ahead with the plan. They are like, ‘baad mein tum log parties karte rehna’. In fact, I was telling Sanket yesterday that when things get better we will get married as per Maharashtrian rituals too and invite everyone. He was like, ‘tumhe jitni baar karni hai utni baar kar lenge’.” 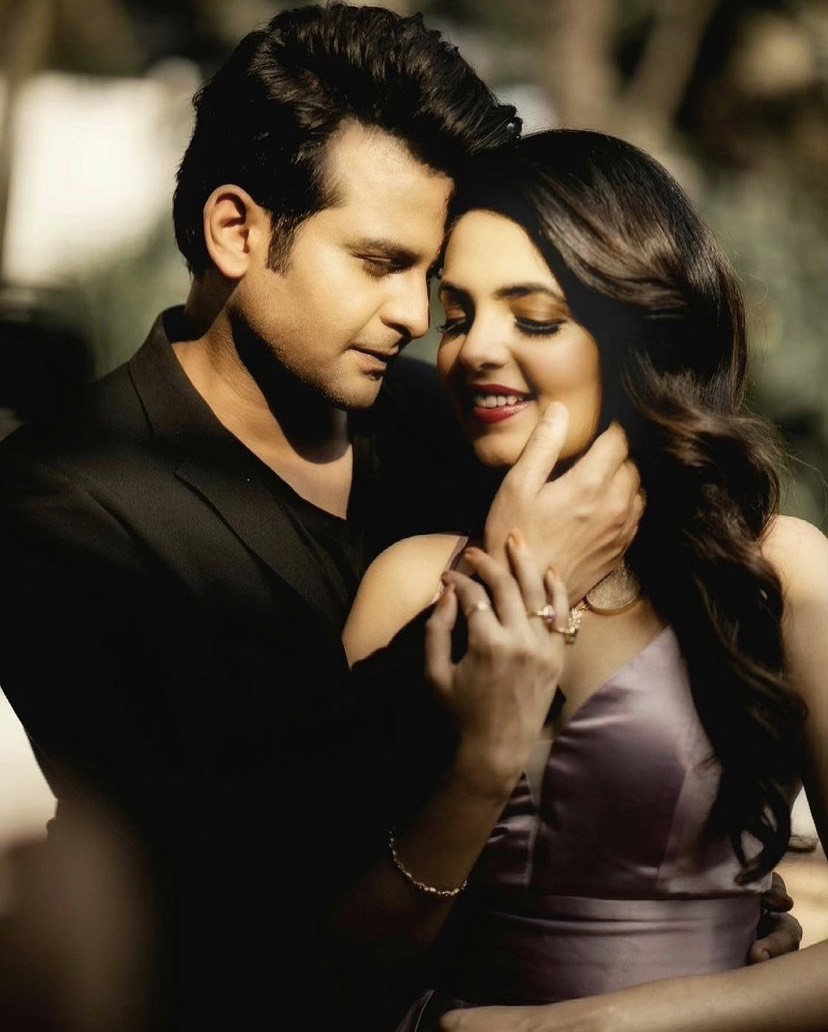 Sugandha and Sanket were supposed to get married in 2020 but due to COVID-19, they had to postpone their wedding. Sugandha had retorted how she had wanted to have a grand wedding but the pandemic ruined her plans. In her words, “I had dreamed about a big fat wedding, but forget about it being grand, now day by day (the guest list) is also getting smaller. When we announced (the wedding), the limit here (Jalandhar) was for about 50 guests, so at least the family members could have attended. But the limit has become even less now. We were earlier supposed to get married in December 2020, but I had asked to postpone it as I wanted a grand wedding. We had assumed that everything would get better by April 2021, but now there is a second wave of COVID. In fact, we were even discussing if we should postpone it again.”

Congratulations to the beautiful couple!

NEXT READ: 9 Bollywood And Television Celebs Who Embraced Parenthood Via IVF And IVF Surrogacy