On February 3, 2022, Sufi Mehta had turned one year old, and his parents, Jankee Mehta and Nakuul Mehta hosted a grand birthday party for him. Check out the glimpses from the same!

Television actor, Nakuul Mehta and his singer wife, Jankee Parekh, had tied the knot on January 28, 2012, after dating each other for nine years. And, after nine years of marital bliss, the adorable couple had embraced parenthood for the first time on February 3, 2021, with the arrival of their baby boy, Sufi Mehta. It has been a year since Sufi had brought a ray of happiness into Nakuul and Jankee's lives. And, on their little munchkin's first birthday, the doting parents hosted a grand party for him.

On February 3, 2022, Sufi Mehta had turned one year old, and his daddy, Nakuul Mehta, had taken to his IG handle and had shared an adorable video, tagging his wife, Jankee Parekh. In the video, we had seen Sufi being in his goofiest self, giggling around and kicking his legs, wearing a cutesy Mickey Mouse printed onesie. Sharing the video, Nakuul had written:

"365 days of unbridled & pure JOY. Excuse us for the mush but that thing they say about parenthood is insanely true. Celebrating @babysufim today and forever & now going back to get some (sleep emoticon). #HappySufiDay #HappyFirstBirthday #SufiTurnsOne."

A few moments back, taking to her IG handle, Jankee Parekh Mehta dropped an adorable video from her son, Sufi's first birthday celebration. The video consisted of some fun-filled moments from Sufi's birthday, and it's too cute for words. From the family playing a game of musical chairs to Sufi cutting the cake, the video is too cute to be missed. However, what stole our hearts was the moment when Sufi tried to play a little piano while his family cheered for him. Check it out below:

A few days back, Jankee had taken to her Instagram handle and had shared a video from her son, Sufi’s 1st-year birthday bash. In the video, we could see their home decorated with multi-coloured balloons, flags and kitty faces. Jankee had donned a blueish-green dress, carrying Sufi in her arms. Sufi had worn a white shirt, paired with a cute bow and black straps attached with his pant. Sufi’s gorgeous mommy, Jankee, had completed her look with golden bangles, a watch, white sneakers, minimal makeup and open tresses. With the joyful video, Jankee had written:

“Sufi’s first birthday was just what we imagined it to be …. with the perfect setting at home and his favourite people around him! Thank you @blinngkraft.events & @dinky_nirh for making it special for @babysufim #sufiandmaa #happy1stbirthday #sufiturnsone.”

As soon as Jankee had uploaded the video with her baby boy, Sufi, her massive fanbase had started flooding the comment section dropping mushy comments, wishing Sufi and showering love on the little munchkin. The doting father, Nakuul Mehta, had also not missed the chance to shower his love on his two loved ones. He had written: 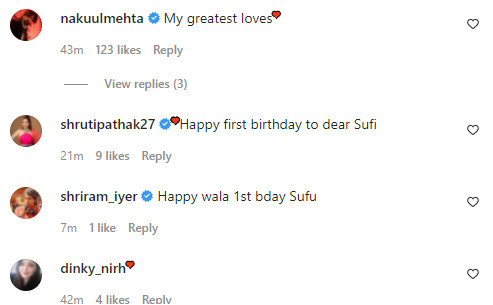 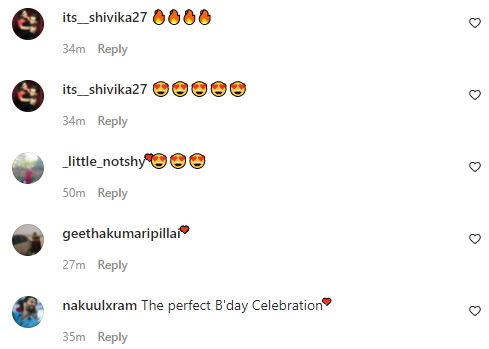 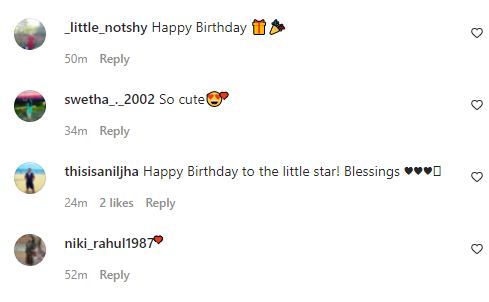 On January 3, 2022, when Sufi Mehta had turned 11 months old, his mommy, Jankee Parekh, had shared how her baby boy had courageously fought a battle with the Coronavirus. On her IG handle, Jankee had shared Sufi's picture in a Superman costume. Along with it, she had narrated the story of how after Nakuul and her, their baby boy was diagnosed with COVID-19. An excerpt from her post could be read as:

"While most of you may know that my husband tested positive two weeks ago, I also got the symptoms a couple of days later. I thought not attending my sister’s wedding was the worse that covid could do to me, not realising that what I was about to experience in the coming week were to be the hardest days of my life, yet. Sufi started developing fever a day after I tested positive & it refused to come down in spite of water sponges and medication."

Nakuul and Jankee love their son, and their respective social media handles are the proof. Now and then, they keep on sharing small glimpses of their baby boy, Sufi. On January 29, 2022, Nakuul had taken to his IG stories to share an adorable picture with Sufi. In the photo, we could see Nakuul sitting with his son on his lap in the motion of making a high-five while bathing under the wintry sun. As usual, he had looked handsome in his comfy casual clothes. On the other hand, Sufi wore a full-sleeved sweatshirt, looking cutie. 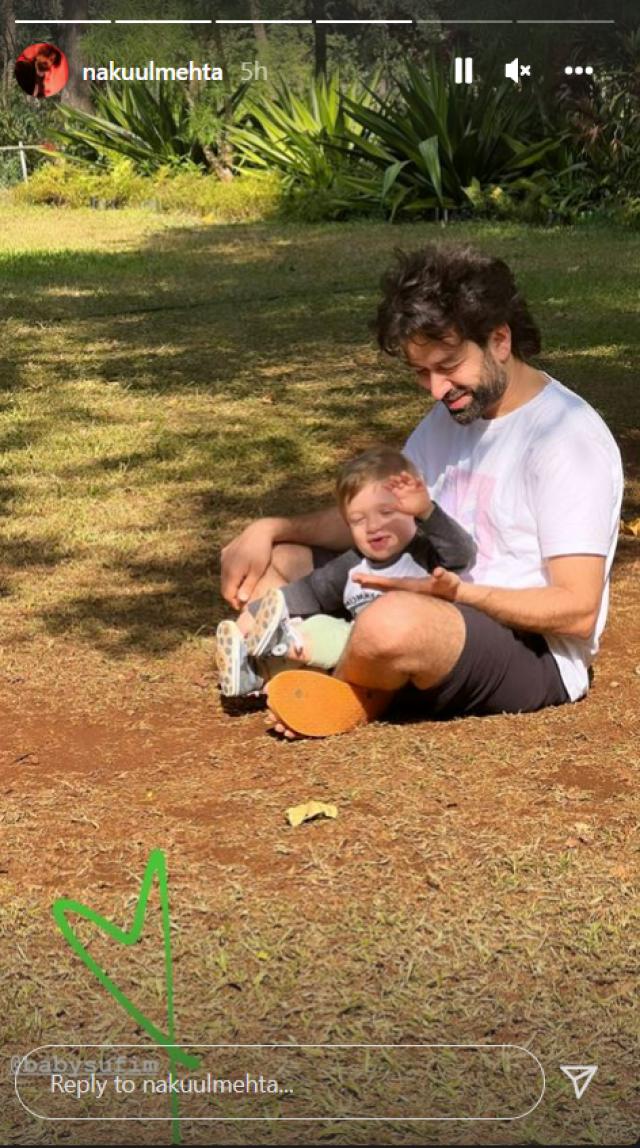 We can't stop drooling over Sufi Mehta’s cute birthday bash. What about you? Let us know.