Break ups arevery disheartening and it’s not easy to cope up with them. Both the people involved take their own time to come to terms with it. Just like that, we have one of the famous television actors who has been going through this for quite some time and it’s none other than, Kasam Tere Pyar Ki fame actor, Ssharad Malhotraa. (Also Check: Mahaakshay Chakraborty And Madalsa Sharma's Wedding Reception Pictures Will Keep You Asking For More) 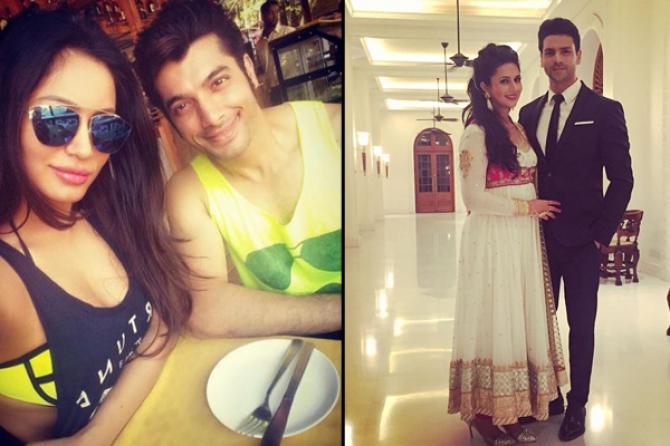 Pooja Bisht Opens Up About Ssharad Malhotra, Calls His Reason 'A Lame Excuse' To Breakup

After dating Divyanka Tripathi for over seven years, Ssharad Malhotraa found love in ex-Splitville contestant and actress, Pooja Bisht. Confirming his relationship with Pooja, Ssharad quoted to a leading tabloid, “We are getting to know each other and have great compatibility. Pooja is undemanding and easy-going. I am not into flings. I am dating her and taking each day as it comes.” 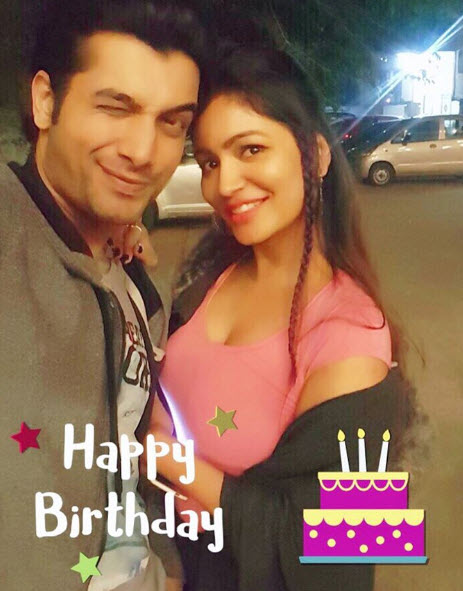 The lovebirds dated for two years before they called it quits recently. During an interaction with Hindustan Times, Ssharad talked about his break up and how he is getting over it. He was quoted as saying, "A heartbreak is upsetting. I’ve been trying to get my mind off it, take up a new hobby; been trying to gather my energy and divert my attention to other things, like something new to learn. Life doesn’t end [after a breakup] and it has to move on. We hope that life moves on in a much happier way." (Don't Miss: Janhvi Kapoor's On-Screen Mom In 'Dhadak', Shalini Kapoor's Marriage Anniversary PDA Pics Go Viral) 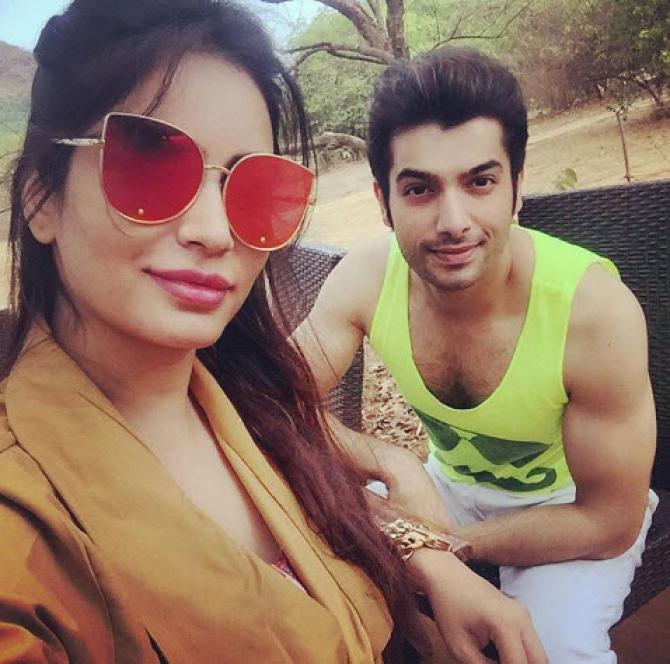 Ssharad further went to say, "The only way you can heal a heartbreak is by dealing with it yourself and not asking for help. It’s true that you yourself can cure it, and time is a great healer. Heartbreak is not easy — it’s disturbing for both the parties and the best way to actually handle that is to give it time and space. Move on maturely and keep yourself engaged in the constructive activity." 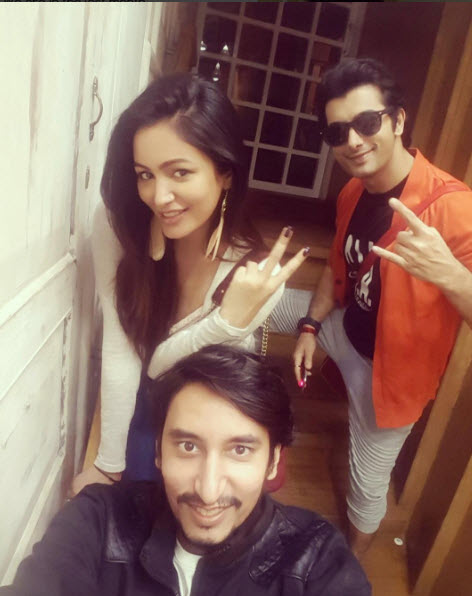 When he was further probed to tell about finding a partner after two failed relationships, he retorted, "In today’s time, there’s nothing called perfect. The generation we live in is imperfect in a perfect manner. Patience and tolerance levels have gone down... I am somewhere in between not finding a soulmate and finding one. I’m sure I’ll meet someone at the right time." 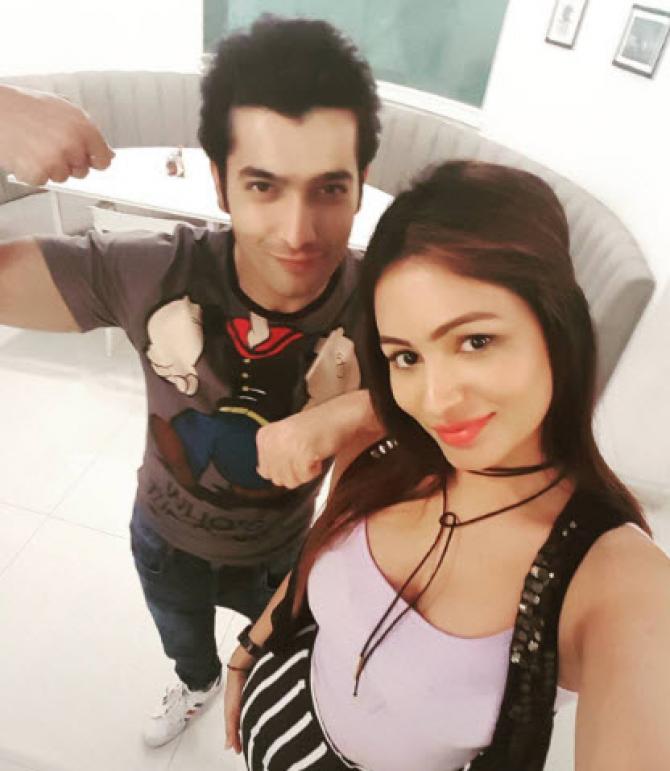 Earlier talking about Pooja and his share of losses, the actor revealed, “Gradually, I have matured as well in a relationship. I have had my share of losses, so now you that what you did wrong in your previous relationship, you will improve now. Speaking of Pooja, she is a lovely girl and she really understands me because it is difficult to understand me because as an actor you get cranky and moody because you deal with emotions all the time. Touchwood, it is going good and I hope it continues.” (Also Check: Virat Kohli Shares A Kissing Picture With Anushka Sharma, Spends A Day Out With His Beauty) According to the reports, Ssharad and Pooja went separate ways because of his hectic schedule and lack of time. A source close to the couple had then stated to a media portal, “Their differences grew, as Ssharad wasn’t able to devote enough time to the relationship because of his busy schedule. That often led to arguments between him and Pooja. It’s unfortunate that just when they were planning to take their relationship to the next level, things turned sour for them. Ssharad is heartbroken.”

And then, Ssharad opened up about it and was quoted as saying, “There were personal issues from my end. I tried to make the relationship work, but our differences were irrevocable. Pooja is a nice girl and it was great till it lasted. I wish her all the best.” On the other hand, Pooja had another story to tell altogether and shared the real reason behind their split. In an interview, the actress quipped, “Ssharad started acting weird around six months ago when he suddenly became inattentive and disinterested. However, I assumed that it was because of stress at work; I couldn’t fathom that he was planning to end the relationship.”

When asked if she proposed marriage to Ssharad, she clarified, “I never asked him for marriage. In fact, he was asking me to marry him. Frankly, even I wouldn't be able to tell why he did what he did. Really, God knows what happened. But maybe like everything happens for good, I think this one too must be having its silver lining.” (Must Read: 'Chachu' Varun Dhawan Shares Complete Family Pic With Newborn Niece, Everyone's T-Shirt Is Amazing!) Revealing further and exposing the flashpoint of their relationship, Pooja said, “He came and told me said that he is dev gan and I am rakshas gan. He said that according to his astrologer we shouldn't get married else something terrible will happen. I tried to reason with him that his astrologer has not told him the right things, but he wouldn"t listen. Woh toh Kasam TV serial ka story hai, usne mujhpe chipka diya. I even told him that what if I would prove that the dev gan and rakshas gan thing he is selling me is not true. You see, I am manushya gan and not rakshas gan. I asked him if I give him the facts, would he marry me? And you know what? He said, “No, I still can't marry you.””

Well, whatever happened, it happened. Now, we wish both, Sshahrad Malhotraa and Pooja Bisht, move on in life as soon as possible.

Pooja Bisht Opens Up About Ssharad Malhotra, Calls His Reason 'A Lame Excuse' To Breakup