Sree Santh's wife, Bhuvneshwari Sreesanth turned a year older and to make it even more special, the doting husband penned down a heartfelt message for the 'bedrock of his happiness'.

Birthdays – we all excitedly look forward to an entire year to celebrate this special day. Birthdays are, indeed, amazing! And all thanks to social media, birthdays now have a different meaning as we love reading heartfelt messages from our close ones, which makes our day even more special. How wonderful a feeling it is to have a partner, who can add to all the happiness in your life? Bigg Boss 12 contestant, Sree Santh makes sure to be that partner, who adds up to the happiness in his wife, Bhuvneshwari Sreesanth’s life. (Also Read: Genelia Deshmukh Posts A Heartmelting Birthday Wish For Her Coolest Dad, Calls Him 'Life's Lesson')

The former player of the Indian cricket team, Sree Santh was undoubtedly one of the most entertaining contestants in the Bigg Boss 12 house. Ever since Bigg Boss 12, not only Sree Santh but his wife, Bhuvneshwari Sreesanth too, haven’t ceased to make headlines. From supporting her husband against the backlash he had received, being his constant pillar of strength when the tides of life were low to make a perfect ‘happily ever after’ with him and their two kids, Bhuvneshwari and Sree Santh make everyone skip their heartbeats for a nanosecond every time they make their appearance together.

Sree Santh Shares A Heartfelt Note For His Wife, Bhuvneshwari Sreesanth On Their Wedding Anniversary

Sree Santh And His Wife, Bhuvaneshwari Will Soon Rock The Stage On Yet Another Reality Show 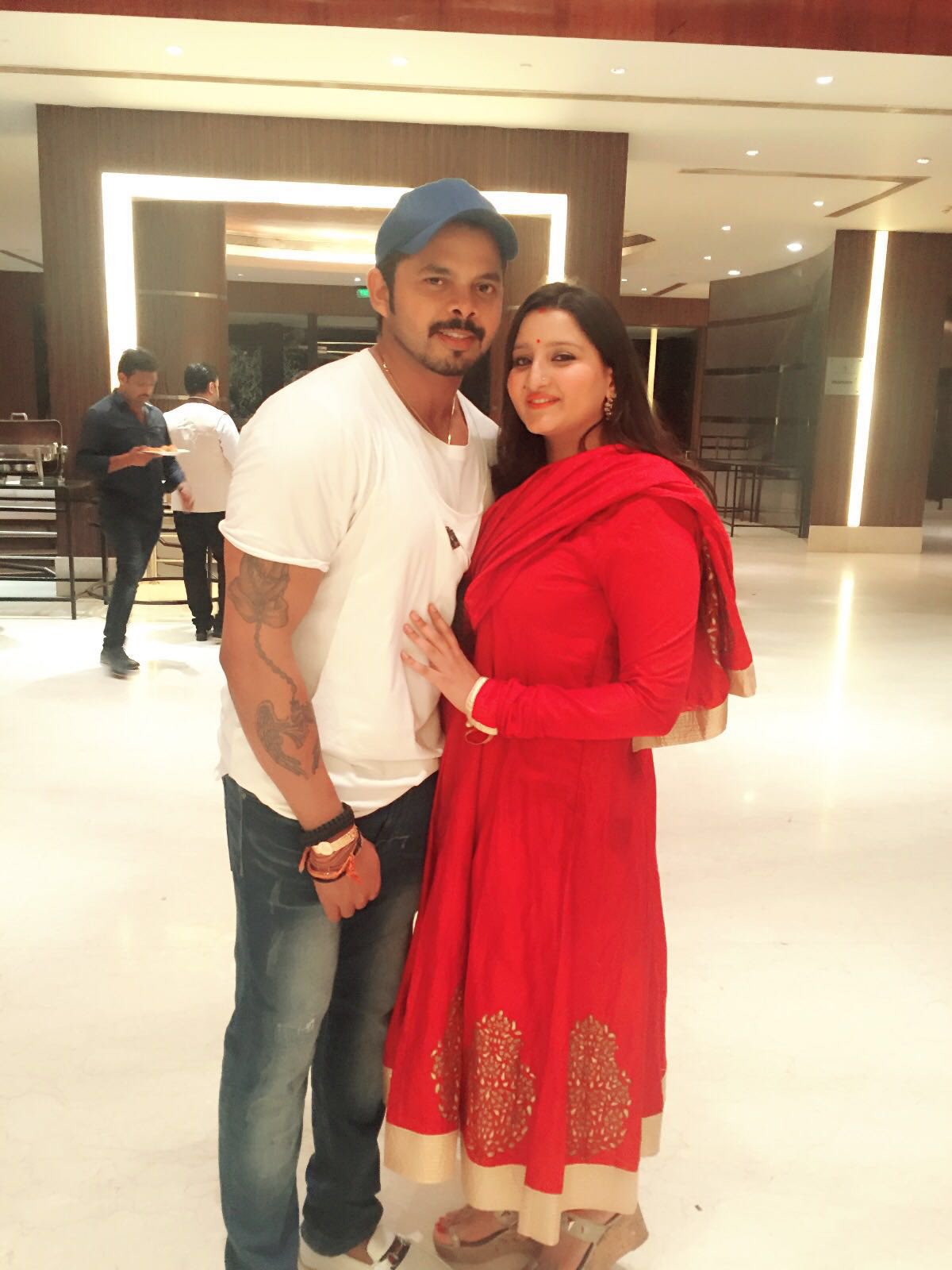 On December 18, 2019, Sree Santh’s wife, Bhuvneshwari Sreesanth turned a year older and to make it even more special, the doting husband penned down a heartfelt message for the ‘bedrock of his happiness’. Sharing some beautiful moments captured of and with his wife, Sree Santh wrote, "I have been through a lot and I want to thank you from the bowels of my heart for constantly being there for me. Your love is and will forever be the bedrock of my happiness. Happy birthday."

After dating a series of divas from B-town, Sree Santh had tied the knot with his longtime girlfriend, Bhuvneshwari Kumari of Jaipur's Shekhawat family, on December 12, 2013 at Guruvayur Sri Krishna temple in Kerala. Bhuvneshwari is a jewellery designer and a real-life princess. Sree Santh and Bhuvneshwari had completed 6 years of marital bliss on December 12, 2019, and to mark the same, he had penned down, “@bhuvneshwari.sreesanth “love you alwys and forever “No matter how many years pass by in our marriage, there will be two moments when I will like to be with you – Now and Forever! Love you, my nainji "Our anniversary is just a momentary celebration, but our marriage is a timeless one." #wife #love#family #weddinganniversary #grateful #beauty.” Bhuvneshwari had written, “Sharing the good times, bearing the hard times, trusting in love to show us the way, laughing and living, trusting,forgiving, together forever side by side, day by day. Happy 6th Anniversary @sreesanthnair36 I love you. You will always be my forever.” (Also Read: Sania Mirza's Sister, Anam Mirza's Latest Picture With Hubby, Asad Gives Modern Cinderella Goals) 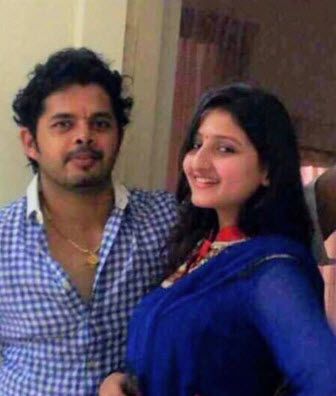 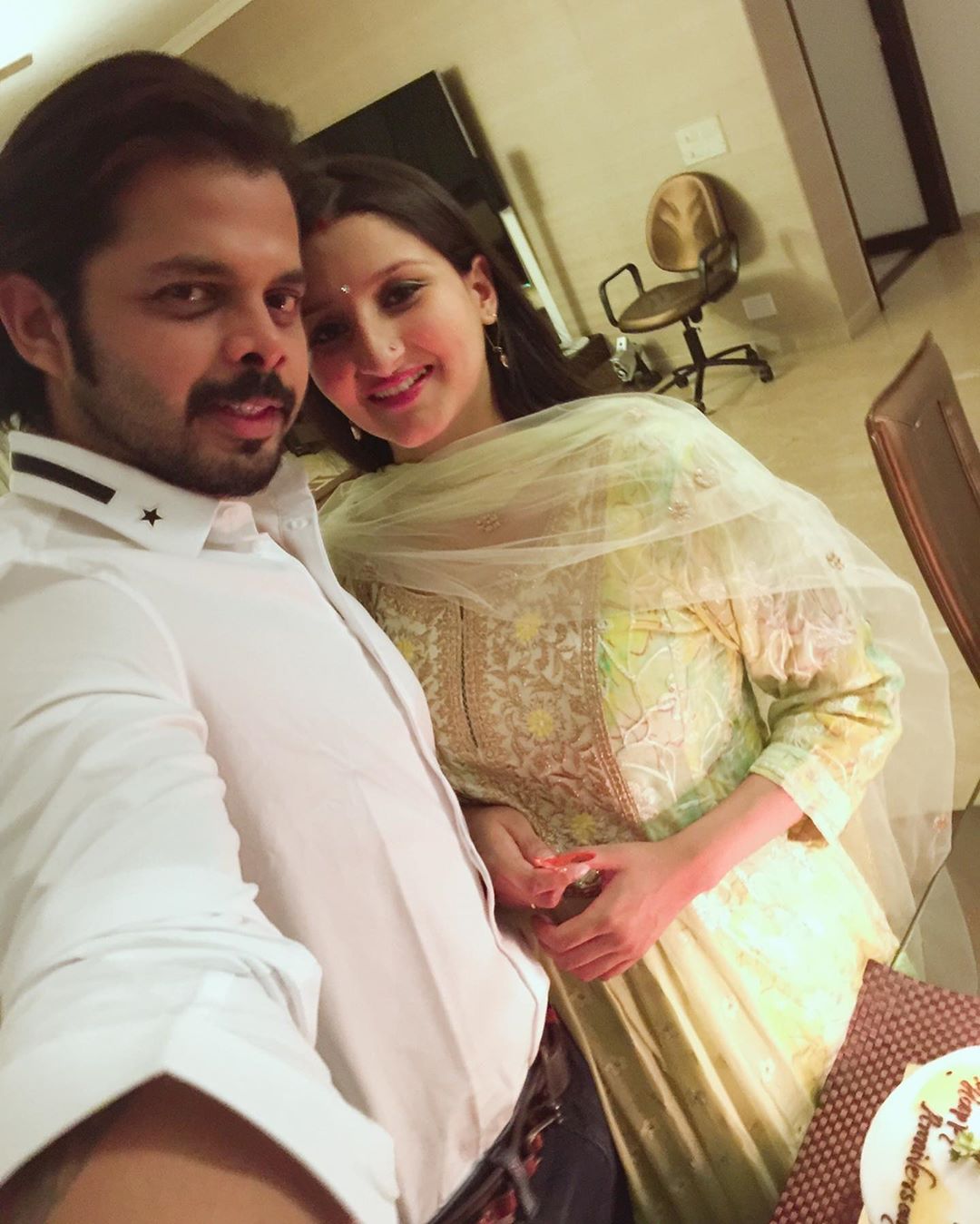 The now actor and his wife were interviewed by online portal SpotboyE, wherein the couple got all candid about Sree’s jail term, financial turmoil that governed them and her relationship with her husband. When asked about her hubby doing intimate scenes in films, very smartly, the star wife had replied, “In Cabaret he hasn’t done anything so far, so I am pretty okay.” When the journalist further asked her if she is possessive about her hubby, Bhuvneshwari had retorted, “That is his profession. It is his work and you need to respect that. If he is in a cricket field, I cannot tell him that you cannot bowl fast, that is his job and you have to respect that. There is a personal life and a professional life, so you need to maintain that thin line.” To watch the interview, click HERE. 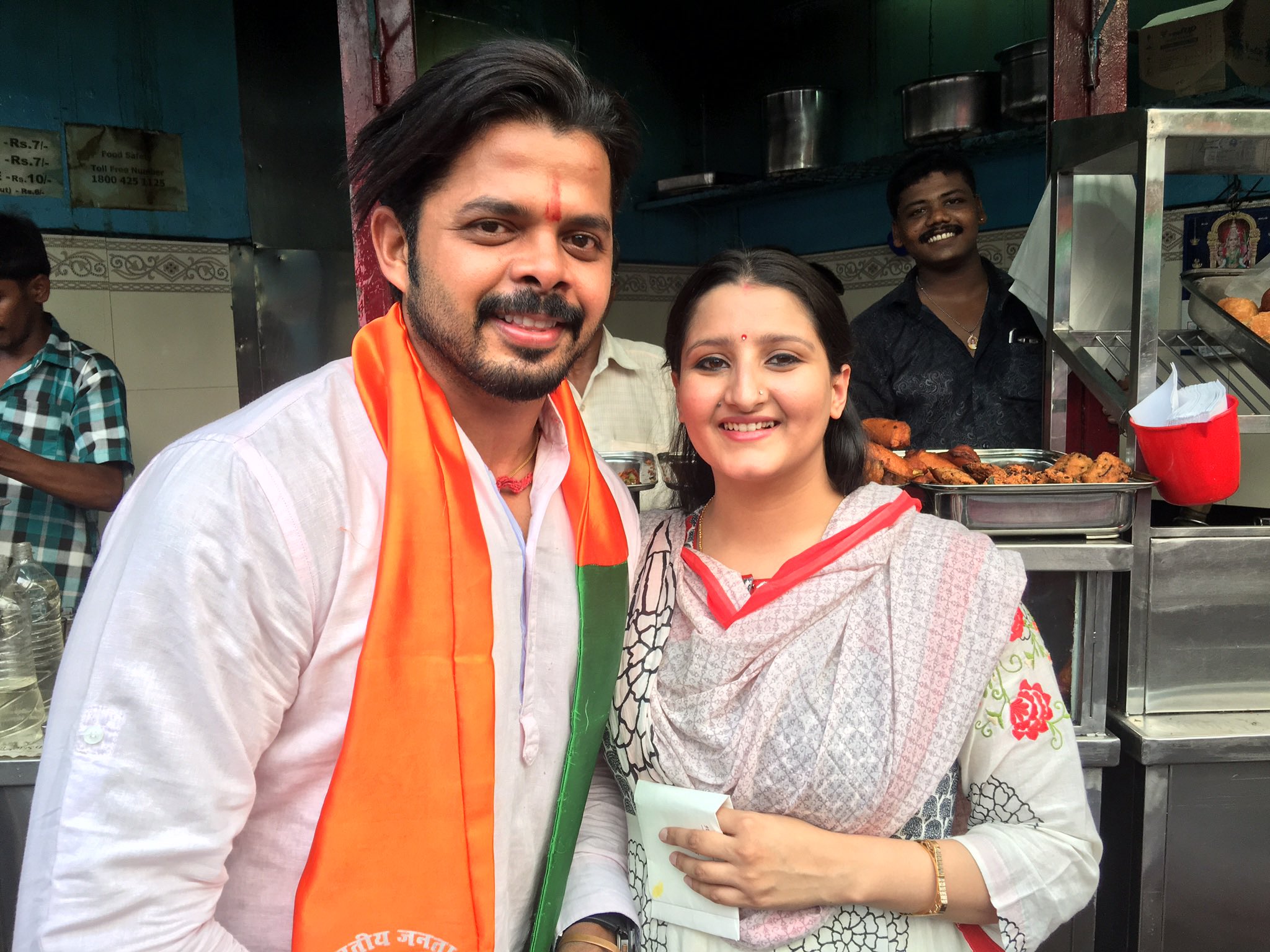 In an interview with the Bombay Times, Sree Santh had acknowledged how his then-girlfriend and now-wife, Bhuvneshwari Kumari had been with him as a pillar of strength, when he was banned from playing cricket by the BCCI, for his involvement in spot-fixing in the 2013 IPL season. Sree Santh had stated, "My wife has always been a support system to my family and me. Even before the controversy she was always in touch with my family. When I was injured and I was out of cricket for 18 months, she was constantly in touch with me. She used to mail me songs, modulations and stuff. So I should say, it was a very nice gesture by her towards me and my family." 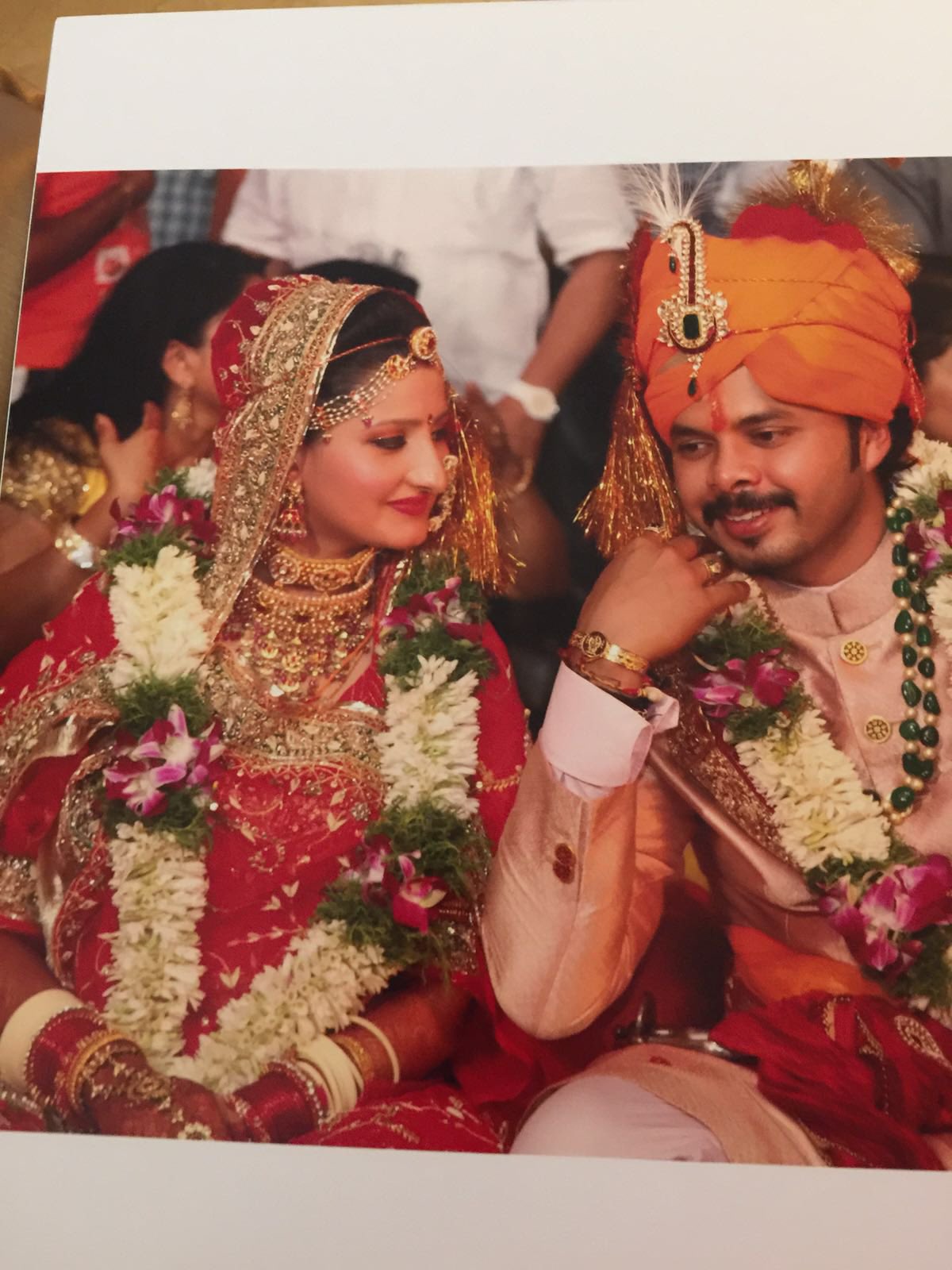 Revealing how love brewed between them, Sree Santh had continued, "It was love at first sight for me but she was a school girl for me. It was only after I realised her care and concern for me, I fell for her. Because we don't get love and care from all the people we stay around with but fortunately, I fell in love and eventually got married to her even after going through the tough situations. We were anyways going to get married in September 2013 but I was doubtful whether I should get married or not after the controversy that happened. But fortunately, her family came down to Kochi and told us that we are going ahead with the marriage. I think that is the toughest situation for any girl to accept the proposal and get married." (Also Read: Tony Kakkar Finally Reveals Who His 'Dream Girl' Is, Neha Kakkar's Reaction On The Pic Is Unmissable) 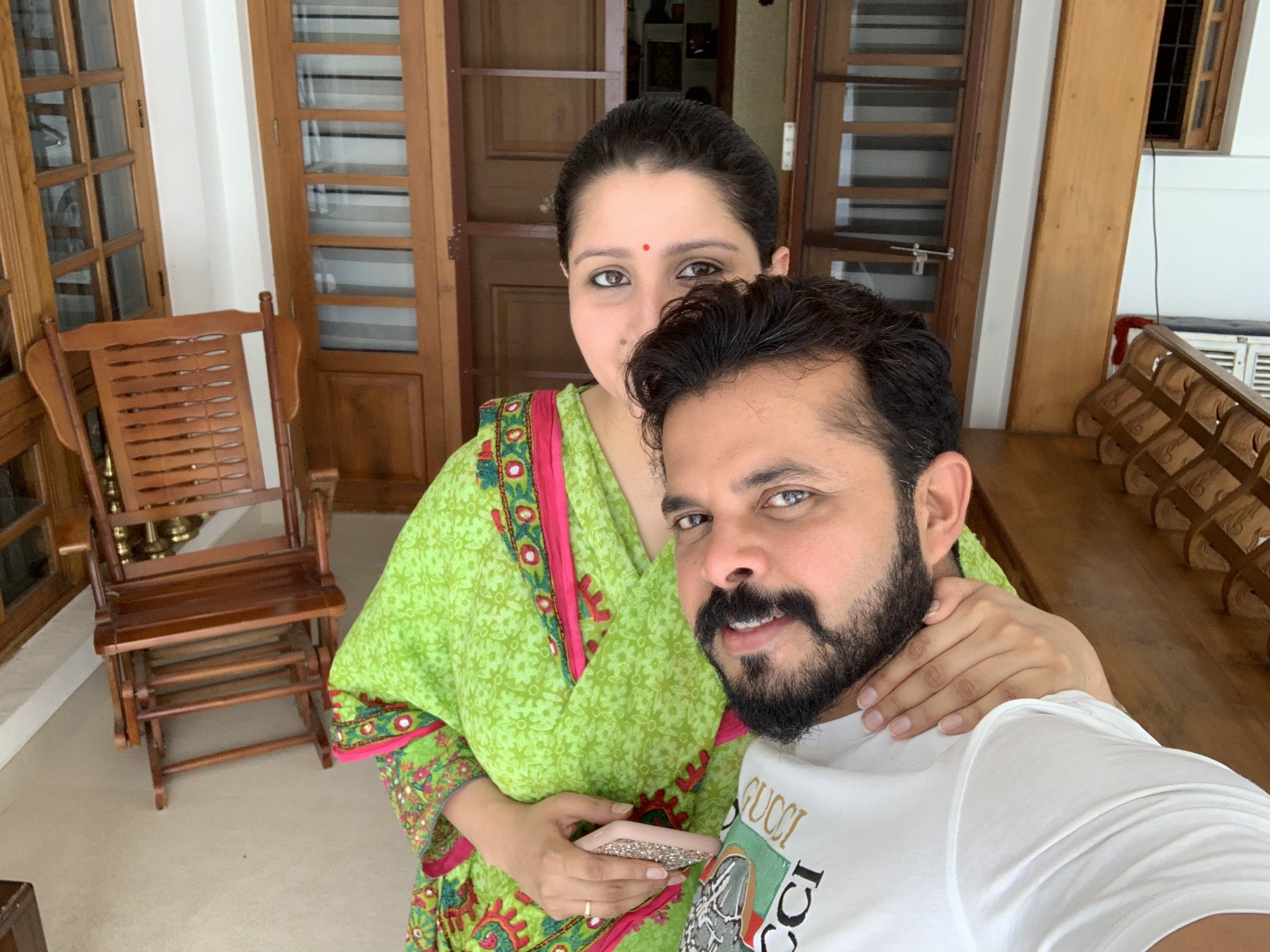 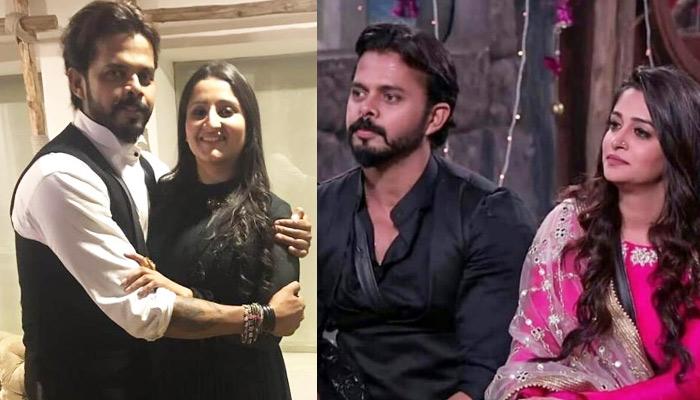 Former Indian cricketer and Bigg Boss 12 finalist, Sreesanth has been the talk of the town for quite some time now. His tantrums and clever gameplay on the famous provocative show made him reign the news for a long time. He didn’t make it to the trophy but was the