Did you know who is Tony Kakkar’s ‘dream girl’? Scroll to see Tony's picture with his dream girl and his sister, Neha Kakkar's reaction to the same. 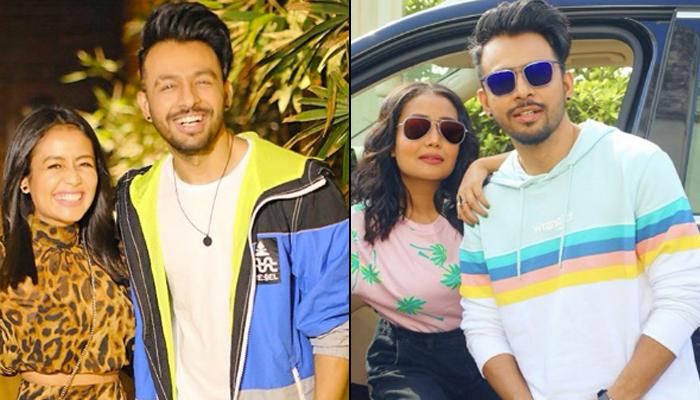 Phoolon Ka Taaron Ka, Sabka Kehna Hain, Ek Hazaaron Mein Meri Behna Hain, Saari Umar Humein Sang Rehna Hain… No matter how much they annoy us, but we shudder to think what our life would have been with them not being around. Though growing up with them wasn’t an easy thing but a childhood without them wouldn’t be as special and cherishable as it is with them. Even if we don’t tell much often, we do love each other unceasingly and boundlessly. In the similar lines, the Kakkar star siblings, comprising of Sonu Kakkar, Tony Kakkar and Neha Kakkar are exemplars of the sibling relationship. (Also Read: Ekta Kapoor's Son, Ravie Kapoor's 'Baby's Day Out' With Mamu, Tusshar Kapoor Is A Delight To Watch)

From singing in jagrata to creating a niche for themselves as one of the most affluent, successful singers-composers and fulfilling every possible dream of theirs; for the Kakkar trio, name, fame and money didn’t come easy. Sonu Kakkar, Tony Kakkar and Neha Kakkar have made the nation dance on their tunes and their professional journey proves how deeply inspired we are, by them! Not only have they been each other’s pillars of strength in their journeys in Bollywood, but they had also stood by one another at times of need. 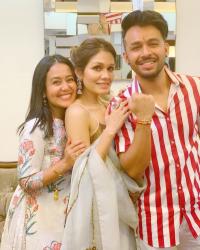 Did you know who is Tony Kakkar’s ‘dream girl’? Recently, Tony and his sister, Neha had taken a day trip and giving her fans a glimpse of the same, she had written, “For me, living the good life is getting to hang with this cutie here @tonykakkar He‘s my friend more than an older brother yaar, so these day trips with him are super fun.” To which, answering the question of who his ‘dream girl’ is, Tony commented, “People ask me who is my dream girl... Look she is with me #bestsisterintheworld.” Isn’t this adorable? 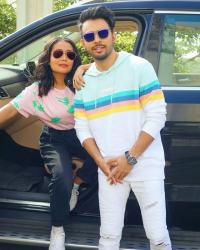 Sometime back, in an episode of Kiku Sharda and Gaurav Gera’s Sony MAX show, Dr Pran Lele, had a patient inspired by Neha Kakkar and it had crossed the line between comedy and insult. The artists were slammed for body-shaming Neha in the name of comedy. And just like B-town celebs, who don’t give in to the trolls and insults, Neha too raised her voice against the same and her brother, Tony stood by her. Tony had come out in support of his sister and sharing the video of the comic act on his Instagram, he had written, “Heartbroken. This is how you respect a small town girl who achieved everything on her own with so much struggle in life. Being a short girl My sister has already suffered a lot. Do you understand what a person goes through when you make fun about her/his body size or shape. Will you ever stop making fun of what god has made us? Not just that you are talking rubbish about her talent too. Aren’t you damaging her career by saying all that wrong things about her talent? Those who don’t understand music much would believe you easily coz you are a big national tv Channel. Fact is nobody becomes number 1 just by fluke and that too of a country which has a population of 1.3 billion #nehakakkar.” Neha had also expressed her anger through a series of Instagram stories, which in case you missed it, click on the following link. (Do Read: Neha Kakkar And Her Brother Tony Kakkar Slam A Comic Act For Body-Shaming Her, Express Their Disgust)

The trio, Neha Kakkar, Sonu Kakkar and Tony Kakkar had taken to Instagram and posted similar ‘Bhai Dooj’ pictures of the three of them decked up in traditional attires, along with the mandatory ‘pull your brother’s ears’, with naughty smirks on their faces, as they posed with one another. While Neha had captioned the pictures as “Can’t imagine my life without them!! My Jaans Celebrating #BhaiDooj with My Besties My Love My Everything @sonukakkarofficial @tonykakkar #KakkarSiblings #KakkarFamily #SonuKakkar #TonyKakkar #NehaKakkar”, Sonu had written, “Duniya ki sabse lucky sister hoon main koi shaq? With my jaans hehe @tonykakkar @nehakakkar Happy Bhai Dooj.” Tony too, had posted, “Happy #BhaiDooj Churaya hai maine kismat ki lakeeron se. God has blessed me with the most beautiful sisters.” 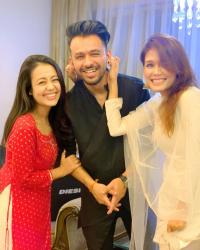 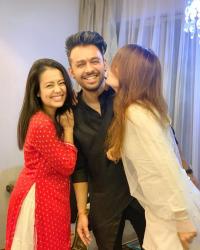 On June 6, 2019, one of the most versatile singers of Bollywood, Neha Kakkar had turned a year older and her elder brother, Tony Kakkar had taken to his Instagram handle to wish his baby sister. Sharing a picture from the griha pravesh ceremony of their house, Tony had written, “Happy Birthday my star @nehakakkar I love you more than coffee nehuuuuuu Samjhi na meri choti pagli.. Mera beta.. #NehaKakkar #TonyKakkar.” On April 9, 2019, when Tony Kakkar had turned 35, his darling baby sister, Neha Kakkar had posted a heartfelt message for him. Neha too, had shared pictures with the birthday boy from their griha pravesh puja, and had captioned them, “#BirthdayBoy Thank you god for giving me The #BestBrotherInTheWorld Me The #LuckiestSister I Love You @tonykakkar Btw.. Did I tell you that I’m your Biggest FAN??!! Happy Birthday Love!!!!! #TonyKakkar #NehaKakkar #KakkarSiblings.” (Also Read: Mahhi Vij And Jay Bhanushali Frame Impressions of Kids, Tara, Khushi And Rajveer And It Is Beautiful) 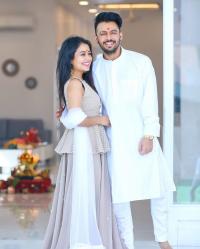 It is so lovely to see such a warm bond between Kakkar siblings! 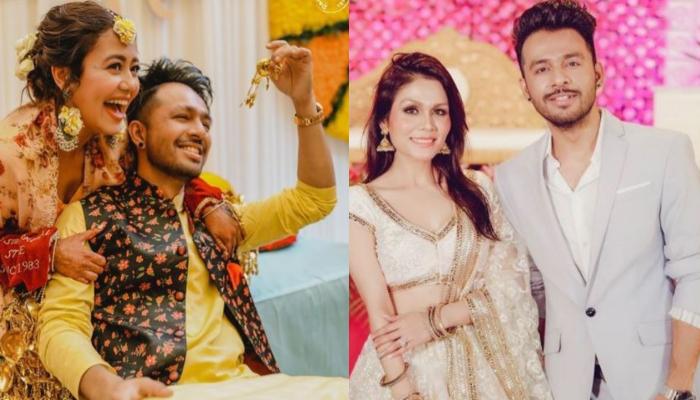