Genelia Deshmukh is not only a doting mother and wife but a loving daughter too. On December 19, 2019, Genelia took to her Instagram handle and wished her father, with a heartmelting birthday wish.

While growing up, we always point at our father and say that nobody in this world can take his place. While a mother nurtures her kids and imbibes good values in them, it is the father who spoils them by fulfilling their tiniest wish. No matter how big a girl grows for her father, she is always his little princess who still holds his hand while crossing the road. From supporting her career choices to fulfilling her tiniest demands on her wedding, a father stands like a pillar of support for his little one. (Also Read: Chhavi Mittal Shares Her Jaw-Dropping Weight-Loss Journey Post-Pregnancy, Pens A Heartfelt Note)

Genelia Deshmukh shares a very warm bond with her family. Genelia is not only an ideal daughter but an ideal daughter-in-law too. From standing with tears in her eyes during her father-in-law, Vilasrao Deshmukh’s remembrance ceremony to thanking her mother-in-law, Vaishali Deshmukh, for supporting her throughout, she has always been there with her family. Riteish and Genelia are considered as one of the most loved couples of Bollywood. The couple often makes their fans drool over their pictures and social media PDAs. She always makes sure to support her husband on his professional choices. On December 19, 2019, Genelia took to her Instagram handle and posted a beautiful picture herself with her father, Neil D'Souza and kids. Along with the picture, she posted a heartfelf birthday wish, which could be read as “To the coolest Dad ever, My Dad is a life lesson… He has showed me time and again to believe in yourself, even if the whole world doesn’t because you are what matters… He has showed me, Life is what you make of it... It will send you a couple of blows once in a while but it can’t knock you down unless you let it… All I can say is, I’m as happy as can be because the best dad belongs to me. Happy Birthday Pops.” (Also Read: Sania Mirza's Sister, Anam Mirza's Latest Picture With Hubby, Asad Gives Modern Cinderella Goals) 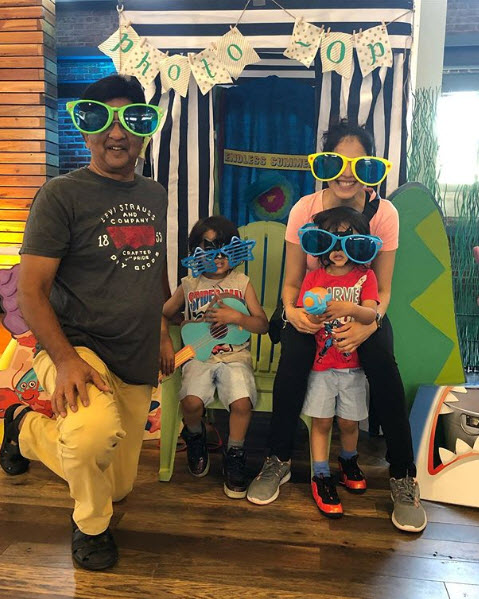 On June 17, 2018, Father’s Day, Genelia had taken to her Instagram handle and had posted throwback pictures of herself with her father. Along with the pictures, she had penned down an emotional note which could be read as “My Father believes in me and that's the greatest gift for any child... I know no matter how tough a road is or no matter how many times I fall in life,there will be someone standing right behind saying "You can do it"… I know in all my tribulations I will get the loudest cheer from one man and I know there's sense of pride when he says "that's my daughter"… Happy Fathers Day Pops.. I love you from the bottom of my heart.”

We have seen how Genelia posts heartmelting posts for her family members on their special days. On August 14, 2019, Genelia had taken to her Instagram handle and posted pictures from the remembrance ceremony of her father-in-law, Vilasrao Deshmukh. Along with the pictures, she had written, “Miss you Pappa every single day." 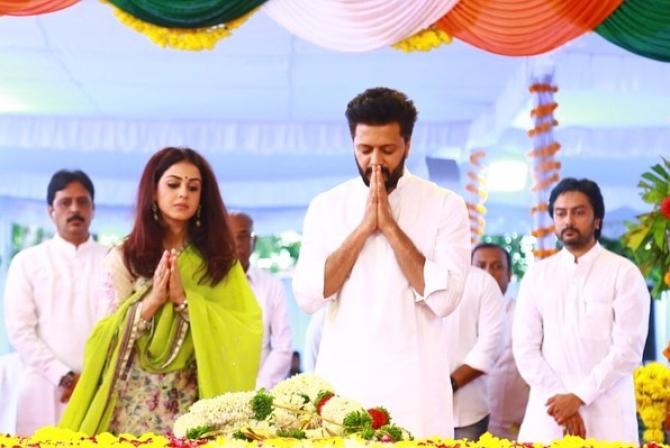 In a 2013 interview, Ritiesh Deshmukh had talked about how his wife, Genelia had stood with him during the horrible time when he had lost his father and how she helped him with coping the loss. He had stated, “Genelia. Not because I am married to her. That is irrespective but eventually, she is my strength, my support. To have someone who understands when you like to talk, and when you don’t, is incredible. I don’t like to talk about. I don’t talk. So even for her to sit next to me and share that silence was helpful. I value the silences more than the chats." (Also Read: Amy Jackson's Three-Month-Old Baby Boy, Andreas Turns Santa Claus' Little Helper This Christmas) Such a doting daughter Genelia is! Here's wishing her father, Neil D'Souza, a very happy birthday! Staying at home and managing your family looks like a cakewalk until you decide to do the same. It is a 24*7 thankless job as it is not just about managing the house or being with your kids, it also comes with the responsibility of being available all the time