The year 2019 has begun on a wonderful note and so has star-studded weddings! We have hardly covered over 50 days in this new year, when the remaining half of television celebrities have tied the knot with the love of their lives. After Sheena Bajaj-Rohit Purohit, Palak Jain-Tapasvi Mehta, Abhishek Sharma-Apeksha Dandekar, Lovey Sasan- Koushik Krishnamurthy, and now, Baa Bahoo Aur Baby fame, Benaf Dadachandji finally got married to her long-time fiancé, Norman Lou. (Do Read: Nita Ambani, Mukesh And Anant Visit Siddhivinayak Temple To Present Wedding Invite Of Akash-Shloka)

The actress got married to Norman on February 10, 2019, in what looks from her attire, a Christian wedding. Benaf sported a boat-neck white gown, veil tied to her bun and minimum jewellery. Norman, on the other hand, was seen sporting a black tuxedo with a bow tie. However, do you know what was the best part? The huge smile that they had flashed on their face! Sharing a picture from their do, the Bobby Jasoos star wrote, “Memory for a lifetime... thank u everyone for making it so special for us.. u husband hou @chef_in_black_shorts.” Checkout a few pictures from their do: 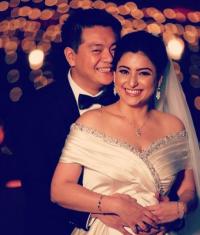 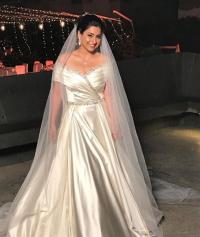 In an interview with TellyChakkar, Benaf had spoken about wedding with her 9-year-old love, Norman. Speaking about the same, she stated, “After a courtship of 9 years, we finally decided to get married, and it is a wonderful feeling. 9 years just flew by and am totally looking forward to many more.” 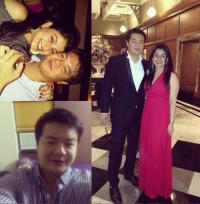 Known faces from the telly world and close friends of Benaf, Rubina Dilaik, hubby, Abhinav Shukla, Srishty Rhode, Sharad Kelkar and wife, Keerti Kelkar, had attended the bash and looked equally mesmerising. Sharing a couple of pictures in her Instagram profile, one particular caption that caught our fancy was when Rubina wrote, “Welcome @benafd @chef_in_black_shorts to the “Wedded -Bliss “ Club.” Here are a few pictures from the Benaf-Norman ki shaadi: (Must Read: Rajinikanth's Daughter, Soundarya Is Now Married To Vishagan, Father Rocked The 'Sangeet' Floor) 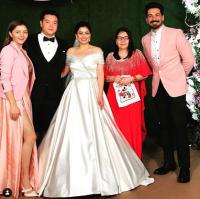 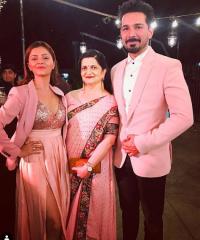 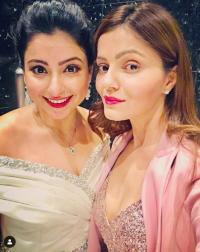 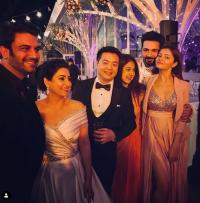 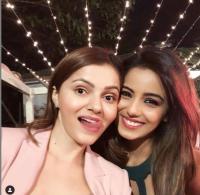 In 2012, TellyChakkar had published a page from Benaf’s personal diary, which contained details about her acting spree, work, struggle in Mumbai and whom she is dating. The same could be read as, “Hello, I am Benaf Dadachandji and you also know me by my screen names like Baby, Barkha and Ganga from several serials I have acted in to my last role of Paulami… in Sony Entertainment Television’s Byaah Hamari Bahu Ka. Hailing from Mumbai, I stay with parents and my younger brother in the city. After I finished my schooling from St. Anne's High School in Colaba, I went on to complete my college from HR College of Commerce.” 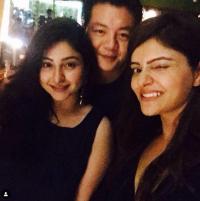 The diary entry continued, “Now, let me brief you as to how I started with my career. Well, when I was four years old, I did my first advertisement for ‘Vicks Ki Goli’. In all, I have done around 30 to 40 advertisements till date. Later in 1995, I appeared on big screen in the film Halo as Shasha. For that performance, I was honoured with the Special Jury Award at the 43rd National Film Awards and also in the ‘Best Artist’ category at the Children's Filmfest. In 1998, I appeared in one more film China Gate as Lali. After films, I tried my hands in the television industry. And I have played end number of roles in varied categories. My first TV series was Nazarana and later I did Hello Dolly for Star Plus.” 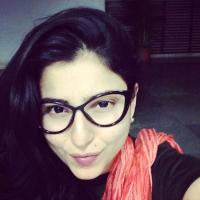 It could be further read as, “Thereafter, there was no looking back for me. I played a physically handicapped girl as Baby in Baa Bahoo Aur Baby. Then I did Jhansi Ki Rani in which I played the role of a village belle (gaon wali) Ganga. To show my versatility, I played a negative character as Barkha in Choti Bahu. And the last show that I did was Byaah Hamari Bahoo Ka in which I played a romantic role, very different from my earlier roles. I think my journey till now has been fantastic. But there will be always more different role to do. Now, it is my wish to try my hands in comedy. But one thing, I am happy to show my versatility in whatever I did.” 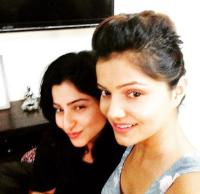 And the entry had concluded with, “Enough about work, in real life, I am a very practical kind of a person. Watching movies is a stress buster for me. I like to travel and like to try different cuisines. About my relationship status, I would like to say, yes, I am dating one guy, but he is not from the television industry. He owns a restaurant and it’s been two and a half years we have been seeing each other. This is something that my fans don’t know about me. Lastly, I would like to add, ‘Life is the journey and go with the flow.’ Thank you all my lovely fans for your appreciation and good wishes.” (Must Read: Saath Nibhaana Saathiya Star Lovey Sasan Gets Married To Fiance, Koushik In A Dreamy Wedding [Pics]) 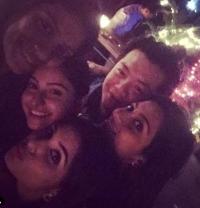 Amazing, right? We wish Benaf and Norman all the happiness in this universe!