Celeb kids are always under the media scrutiny even if they have made a name for themselves in the industry or not. Such was the case with Zarina Wahab and Aditya Pancholi's son, Sooraj Pancholi. Sooraj made entry to the glam and glitz world with Hero, which happened to be the remake of Subhash Ghai's 1983 film of the same name. Though he didn’t impress the audience and critics much with his performance, he has been in the news for friction in his personal life.

For the uninitiated ones, Sooraj was in the headlines as his then-girlfriend, actress Jiah Khan committed suicide in 2013 before he even stepped into Bollywood. Sooraj had been in trouble for some time because Jiah blamed him in her suicidal note. After a few years of juggling here and there due to legal procedures, Sooraj has finally moved on in life. (You May Also Read: Chhavi Mittal's Emotional Post For All Mothers Is Very Motivating And Inspiring, Check Inside)

Remember, in an interview way back in 2017, Sooraj had confirmed that he is committed and dating a non-industry girl? Here’s what the actor had then shared with Filmfare, “I’m in a relationship. She’s not from this industry. She’s a nice girl. Well, guess the paparazzi haven’t caught us yet. I always wanted my partner to be a simple person. She can do what she wants, wear what she wants, work wherever she wants. I wanted a simple soul and I guess I’ve found her.”

Now, the latest report by SpotboyE suggests that Zarina Wahab and Aditya Pancholi's son, Sooraj is in love with a Brazilian model, who is also an actress as well as an advocate. The SpotboyE report can be read as, “A little birdie from Bandra has informed us that has been dating model-turned-actress Larissa Bonesi, who's a Brazilian model, actress and advocate as well.” (Also Read: Benafsha Soonawalla-Priyank Sharma's Romantic Lunch Date Amidst Major Fight Rumours, Pics Inside)

Further revealing about how the two met, the report says, “Well, they met at the gym Reset (in Bandra). And Sooraj's love life got reset! The two have been in a relationship for the past 3 years!” Also, for the ones who don’t know, Larissa is an actress who was last seen in the film Thikka and will next be seen in Next Enti directed by Fanaa fame, Kunal Kohli. She will be the other leading actress in the movie alongside, Tamannah Bhatia.

In an interaction with The Times of India, Sooraj had earlier talked about falling in love again, “Of course, I will. It has been five years. I mean, I was blamed for something that I feel was unfair. I was 21 then, I am 27 now. When I look at 21-year-old boys, I feel they’re all my younger brothers who don’t know what it is to be put behind bars at that age. Trust me, age has nothing to do with maturity, although at 21, a boy is considered an adult.” (Checkout: Shah Rukh Khan's Family Picture From AbRam Khan's Birthday Celebrations, Gauri Feeds SRK The Cake)

Further sharing what love means to him, Sooraj had said, “It’s a feeling which I am very open to and I have experienced it again after Jiah (Khan) passed away. I believe that if one relationship fails, it doesn’t imply that the next one doesn’t stand a chance. If I don’t think that way, I will be stuck for life in a time warp. Life has to go on. I was in a beautiful relationship recently which is in a confused state right now.”

Talking about his career, Sooraj was once quoted as saying, “That phase was as confusing for me as it was for everyone else. It has been a long journey since 'Hero' (2015). I read a lot of scripts, but I didn’t find anything that challenged me. Also, none of the films that I had heard during that phase took off; maybe they were ill-fated or maybe, I wasn’t destined to be a part of them. It all happens for the best. What I am doing now is more challenging than whatever I was offered.”

Sharing if the competition has ever bothered him, he had remarked, “I feel that if I didn’t go through a tough phase in my life, things would have been incomplete. I am happy that I am going through a difficult phase. It can’t get worse than this. The future will be easier, whether good or bad, I am prepared for everything. Had everything been perfect, maybe I would not have been equipped to deal with tough times in the future. My experiences have made me a mature person. My only question is: Everyone will move on, and make my life a dinner table discussion, but what about the years that I have lost?” (Do Read: Subuhi Joshi And Sidharth Sagar Narrate Instances Of Physical Abuse, Call Off Their Engagement)

Well, we have to wait for the official confirmation of Sooraj for if he is dating Larissa Bonesi or not. Till then, stay tuned with us for more Bollywood and television scoops! 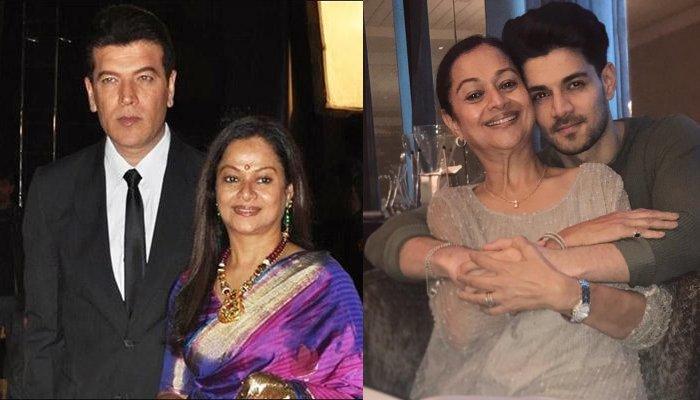 Although things are changing steadily about how the world operates but somewhere, deep down, we know that it is still a male-dominant entity. Women being treated as subjects is not unknown to anyone, but then, justice always prevails in the end. When a person is convicted of any illegal charges,