Subuhi Joshi And Sidharth Sagar had even gotten engaged in November 2018 only to break ties yet again. The duo has cited physical abuse as one of the reasons behind their breakup. Some relationships are not meant to be, even if you have gone to every possible extent to save it from doom. And you know what? Somethings are better when you just let go of it and start observing the little signals that the universe sends to you. Something similar happened to this couple who have always grabbed the headlines for their on and off breakup and patchup. Subuhi Joshi and Sidharth Sagar it is! This couple was second time lucky in love but what looks like it, God has written a different love life for this duo. (Do Read: Benafsha Soonawalla-Priyank Sharma's Romantic Lunch Date Amidst Major Fight Rumours, Pics Inside)

Quite a known face of the telly town, Sidharth Sagar had disappeared from the limelight when he went through substance abuse, depression and family woes. The 26-year-old young comedian was in a relationship with Sony TV’s Ye Unn Dinon Ki Baat Hai actress, Subuhi Joshi, but in 2014 they had called their relationship off because of Sidharth’s mother disapproving of Subuhi. However, they had decided to work things out and got back together and had even gotten engaged in November 2018 only to break ties yet again. 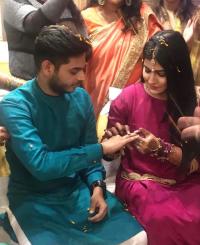 Subuhi Joshi now shared about her breakup with fiancé, Sidharth Sagar and the consequences that led to it. She has shared, “When we separated in 2016, he blamed his mother for it. However, she wasn’t entirely responsible for what happened; I realised it only after staying with him post our engagement. The problem is with his attitude and behaviour, but I did try my best to save the relationship. I have seen his dark side; he loses his cool over petty issues, and can get violent. Woh haath uthaata hai aur cheezein phekta hai.” 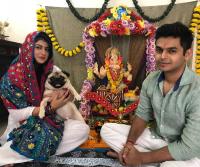 Subuhi Joshi further added how once, she had to get the help of police as he had raised his hand on her and added, “He was disturbed as he was going through a financial crunch. Besides fighting verbally, he would often raise his hand on me. In March, I called the cops after he hit me. I was taken to the hospital for a medical check-up and on our way to the police station, he kept crying saying, ‘Mujhse galti ho gayi, maaf kar de. I’ll never repeat it’. After seeing him cry, I told the cops to let him go. In hindsight, I feel that I made a huge mistake. He should have been behind bars.” 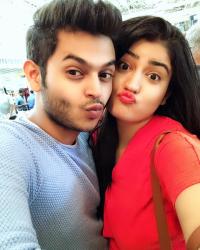 Subuhi Joshi had further added, “I would have liked to end this relationship on a cordial note, but Sidharth is an escapist. When he doesn’t want to face something, he runs away from it. This is exactly what he did with his mother. Now, he has disappeared on me. A few weeks ago, I messaged him about his creditors coming to my home, after which he blocked me on his phone and social media handles. His important documents also bear my residential address and I don’t want to take his responsibility now.” (Must Read: Katrina Kaif Reveals She Cannot Trust Ex-Boyfriend, Ranbir Kapoor With A Secret) 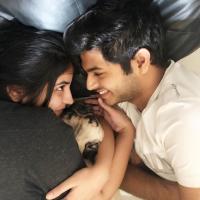 Even a source had shared some intricate details of Subuhi Joshi and Sidharth Sagar with the Bombay Times. It was reported, “Sidharth and Subuhi first met in 2014, after which they started dating. But the couple split in 2016, only to get back together last year. They started living in and even took their relationship to the next level by getting engaged, five months ago. However, events took an ugly turn soon after.” 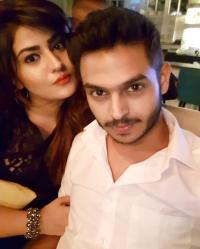 While Sidharth Sagar admitted to cutting off all ties with Subuhi Joshi, but there was no mention of any physical abuse as a major reason. He had shared, “Subuhi and I are no longer together, we have called off our engagement. We had parted ways in 2016, because of my mother, as she wasn’t in favour of this relationship. However, Subuhi reconnected with me last year, and we got back together. Everything was going good, but then compatibility issues cropped up. We called off our engagement two-and-a-half months ago.” He further stated, “Things were fine between us till the time I was working and making money. I feel that problems cropped up after I faced a financial crisis. Your state of mind changes when you are not working, and I was troubled at that time. We were having a lot of fights and I felt it was better to end the relationship.” 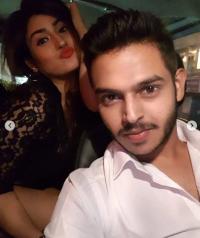 Upon Subuhi Joshi’s allegation of physical abuse on Sidharth Sagar, the latter narrated a completely different account. He revealed, “I have been through a lot in life and still get pangs of depression. I realised that I didn’t have the tenacity to handle more ups and downs in the relationship. About the incident when she called the cops, we had an argument and she hit me first. My nose started bleeding. She wasn’t leaving me and in an attempt to release myself, I moved her away from me. She could have got hurt in that process. I fled the house forgetting my phone behind. When I came back to collect my phone, she had already called the cops. I could have done that, too, but I didn’t want the matter to escalate. I even told her to end the relationship that day, because it had reached an ugly stage. Given my mental state, it will take me some time to be fine. I would often tell her that I needed my space even if we were in a relationship, as that’s normal. But that, too, was an issue. As far as blocking her is concerned, she blocked me first. I did it later as I wanted some peace in my life.” (Also Read: Janhvi Kapoor's One Habit Irritates Ishaan Khatter, Says She Does Something When Not Required To Do) 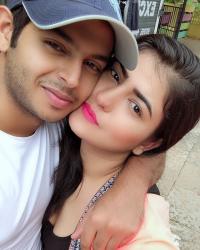 Whatever the truth might be, we strongly condemn any sorts of physical abuse in every manner! Here’s sending peace and love to this now ex-couple.