Alia Bhatt’s mother, Soni Razdan leaves no opportunity to express how proud she is of her daughter and show enthusiasm in her upcoming projects. And January 15, 2020, was no different! Parents envision a bright future for their children and do everything possible to provide them with nothing but just the best. And as children, making our parents proud is the aim we pursue in life, be it personally or professionally. No matter how good a person you are or how successful you have become, there’s an eternal wonder of what our parents think of us and if we have made them proud or not. And just one ‘proud of you’ from them or a gesture indicating that you have touched their heart makes our life worth! And B-town mommy, Soni Razdan has time and again expressed how proud she is of her daughter, Alia Bhatt in the interviews or on social media. (Also Read: Amitabh Bachchan Misses 'Maa Ka Pallu' After Visiting His Doctor, Remembers His Childhood Days)

With her debut wearing Jimmy Choo, Manolo, Prada, Galliano, Louis Vuitton, Stella McCartney, Donatella Versace, Gucci; daughter of Mahesh Bhatt and Soni Razdan, Alia Bhatt proved to be a product of nepotism in 2012. But over time, Alia convinced her audience that she is more than just a product of nepotism and the starlet created her well-deserved niche in the industry. Proving her mettle as an actor, Alia truly deserves the fame and love she gets from the nation, which makes her an inspiration for all the aspiring actors. 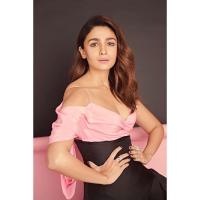 Alia Bhatt’s mother, Soni Razdan leaves no opportunity to express how proud she is of her daughter and show enthusiasm in her upcoming projects. And January 15, 2020, was no different! A while back, the first poster dropped of Alia as ‘mafia queen’, Gangubai Kathiawadi and just like us, her mom, Soni too, is all hearts for her daughter’s never-seen-before look. Alia’s intense look did speak a thousand words and it reminded us of Soni’s character in the Shyam Benegal film, Mandi. Even some of the comments on Alia’s post suggested the same. Here are the screenshots: 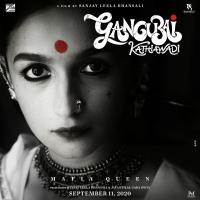 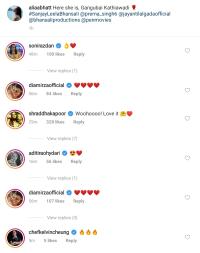 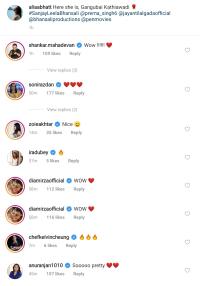 This isn’t the first time when we are amazed by the uncanny resemblance between Soni Razdan and Alia Bhatt. On June 25, 2019, when Soni had posted a throwback picture of herself when she was 21, fans couldn’t believe her striking resemblance with her daughter, Alia. She had captioned her post as, “When I was 21 .... #sigh #youth #whenwewereyoung #thosewerethedays”. To which, her dear friend and Alia’s probable soon-to-be mother-in-law, Neetu Kapoor had commented, “So pretty”. Surprised by the uncanny resemblance, some of the fans had commented, “Just like Alia”, “Like mother like daughter” and “Ma'am Aalia Bhatt, is your xerox copy!!” (Also Read: Meghna Gulzar's Mother, Rakhee Refused To Watch 'Chhapaak' Before Theatrical Release, Here's Why) 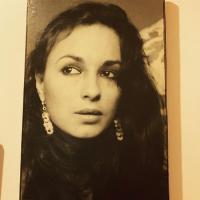 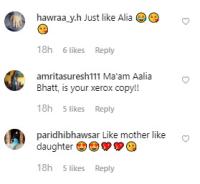 On September 14, 2019, Shabana Azmi had treated her fans with a throwback black-and-white still of her film, Mandi and the frame was shared by her co-stars, Soni Razdan and Smita Patil. Shabana too couldn’t help but mentioned the striking similarity between Soni and her daughter, Alia Bhatt. She had captioned her post as “#AliaBhatt looks exactly like her mother #Soni Razdan. Here is proof. Still from #Mandi.” In an interview with Pinkvilla, Alia Bhatt’s mom, Soni Razdan had shared many interesting facts about her star daughter and how proud is she as a parent, of her. Alia, so far, has had a fine ascending career graph in Bollywood. Speaking about the same, her mother, Soni Razdan had shared, “She is my daughter, so I don't want to keep praising her. I think that what she is doing is good and she should continue doing it. Not only she chooses great films, but great films are also choosing her, interesting roles are also coming to her. She is coming to an interesting time in the industry which is ready for actresses like Alia who are doing different things. I think all actresses today are now wanting to do different things." 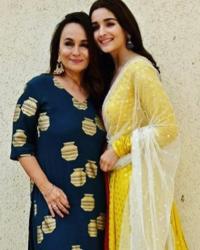 Soni Razdan had continued, “On one level, I also feel lucky that she is coming from this time where there are very one-dimensional roles for women. For example, her character in Gully Boy is such a wonderful character. It's such a role model for young girls. Earlier, nobody wrote such characters. So, you also need somebody who can write characters like that and also somebody who can play them. So she happens to be one person who is able to play these roles. And that's great for her. I hope she keeps on getting better as she is only 26 and as she grows older, she will get better and does more work. As a mom, I am looking forward to it." (Also Read: 'Coolie No 1' Star, Varun Dhawan Talks About 'The Challenge To Prove His Dad, David Dhawan Wrong') 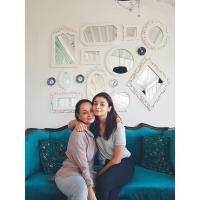 The first look of Alia Bhatt as Gangubai Kathiawadi has made us super-excited for the film. Can’t wait for September 11, 2020, now! Brahmastra co-stars, Ranbir Kapoor and Alia Bhatt are undoubtedly one of the most adored and cutest couples of Bollywood. Whenever they step out in the city for some casual dinner dates or a family gathering, they always manage to deliver #CoupleGoals! Ever since Alia had shared her love-filled confession on her