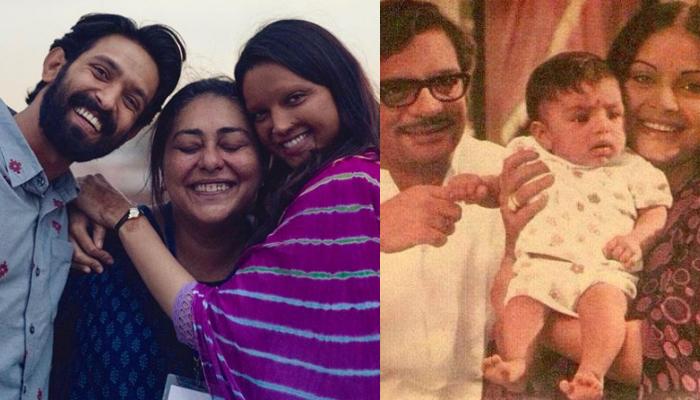 There's no doubting the fact that, in every person’s life, parents are the ones who play, the most significant role. They are the ones, who lay the foundation of their child’s future by teaching and giving them the most valuable lessons about life. However, with time, everyone stops listening to the bits of guidance from their parents. To be honest, in some circumstances you shouldn’t listen to your parents’ advice because their thinking could be outdated in terms of understanding the culture and beliefs of your generation. However, even though they don’t understand you, you shouldn’t stop them from speaking at least. Listen to them and try to make them understand if the things you’re asking for is appropriate. No wonder, they'll take time but will eventually understand when they’ll see you with that large smile on your face. After all, the reason behind all the arguments and fights that our parents used to have with comes down to that one single agenda and that is, ‘to see you smiling’. (Recommended Read: Parineeti Chopra Trolls 'Jiju', Nick Jonas For His TikTok Video With His Brother, Kevin Jonas)

No parents in this world want to see their children suffer, that is the reason why most of the parents don’t go mad in their children’s victory celebrations. As they’ve already started constructing the road towards your next goal. On top of this, they’ll scrutinise you right on your face without any sugar-coating like many others. Yet, at the same time, parents are the ones who wake up before you and sleep after you. To make you understand it rightly, let’s talk about the latest move of National Film Award Winner, Rakhee Gulzar. The veteran actress is also the proud mother of Talvar and Raazi’s director, Meghna Gulzar.

The young director, who has already gained enormous popularity for her scintillating direction in Raazi is ruling the headlines again with the release of her latest film, Chhapaak. The film is a biographical drama based on the life of an acid-attack survivor, named Laxmi Agarwal. Bollywood’s elite actress, Deepika Padukone is portraying the character of Laxmi on the big-screen and is getting rave reviews from the audience and critics. However, not many people know the fact that Meghna’s mother, Rakhee refused to watch her daughter’s film before its theatrical release. Rakhee had revealed the reason behind her surprising decision in an interview with the Asian Age, and stated “I wanted to see the film on release with the public. They are the ones who are the most honest and unforgiving judge of films. I also took along members of my staff to see their reaction.” (Also Read: 'Coolie No 1' Star, Varun Dhawan Talks About 'The Challenge To Prove His Dad, David Dhawan Wrong') 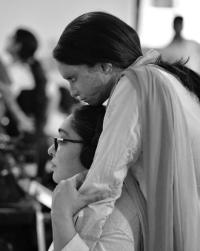 Well, this is simply an incredible decision and a display of stellar mentality from the veteran actress, Rakhee as a parent. No wonder, she's been around in this industry long enough to acknowledge the eternal truth that, the audience was, is, and always will be the most important, unbiased, and truest critics out there for any film. In adding to her statement, Rakhee revealed what she felt about the film‘s characters and her daughter’s direction, as she added, “There were so many youngsters in the theatre, all watching in rapt attention. What Bosky (Meghna’s pet name) has achieved in Chhapaak is not easy to do. It’s a true story, faithful to facts but still so cinematic. I am very proud of my daughter.” There’s no denying the reality that, Rakhee is overwhelmed by her daughter’s direction in Chhapaak. Meghna’s film has been in controversy after the lead actress, Deepika Padukone was seen participating in a peaceful protest for the students of JNU, who were beaten up by a mob brutally in their college's campus. 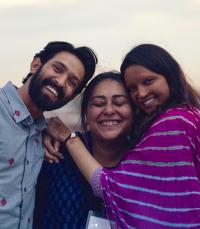 On one side, where some people and celebrities supported Deepika’s strong move, some named it a promotional stunt. When asked about the same by PTI in a telephonic interview with Chhapaak’s director, Meghna, she had said, “We have to be able to separate between the personal and professional. What somebody does in their personal life and what they have done as a professional in a film needs to be looked at separately.” Well, talking about the film’s collection, even though, the film is confronting fierce competition from Ajay Devgan’s periodic drama, Tanhaji: The Unsung Warrior, Meghna Gulzar’s film still managed to collect nearly Rs 21 cr. in four days. (Don't Miss: Babita Phogat Celebrates Her First Lohri Post Marriage, Shares Picture With Hubby, Vivek Suhag) 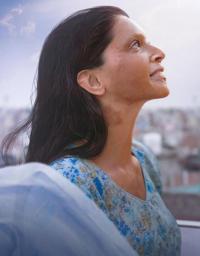 Chhapaak is currently running in theatres and if you've seen the film, then let us know your views!