It was on May 08, 2018, when Sonam Kapoor became Sonam Kapoor Ahuja after she took the wedding vows with Anand Ahuja. Sonam and Anand dated each other for a long time before taking the nuptial plunge. The couple’s social media PDAs have always raised the relationship and marital goals bar rather high. (You May Like: Kundali Bhagya Star Neel Motwani Redefines 'Unique' Gift, Names A Star On Girlfriend Vindhya Tiwary)

Sonam Kapoor Ahuja took to her official Instagram handle and shared a family photo with hubby, Anand Ahuja and her in-laws- Sunil Ahuja and Priya Ahuja. Sonam is in London these days and is enjoying her holiday to the fullest with her in-laws. From planting a kiss on her hubby’s cheeks to going down for a stroll in Notting Hill with the family in the coolest of London breezes, Sonam’s recent Instagram posts speak of a happy space with in-laws. Take a look: 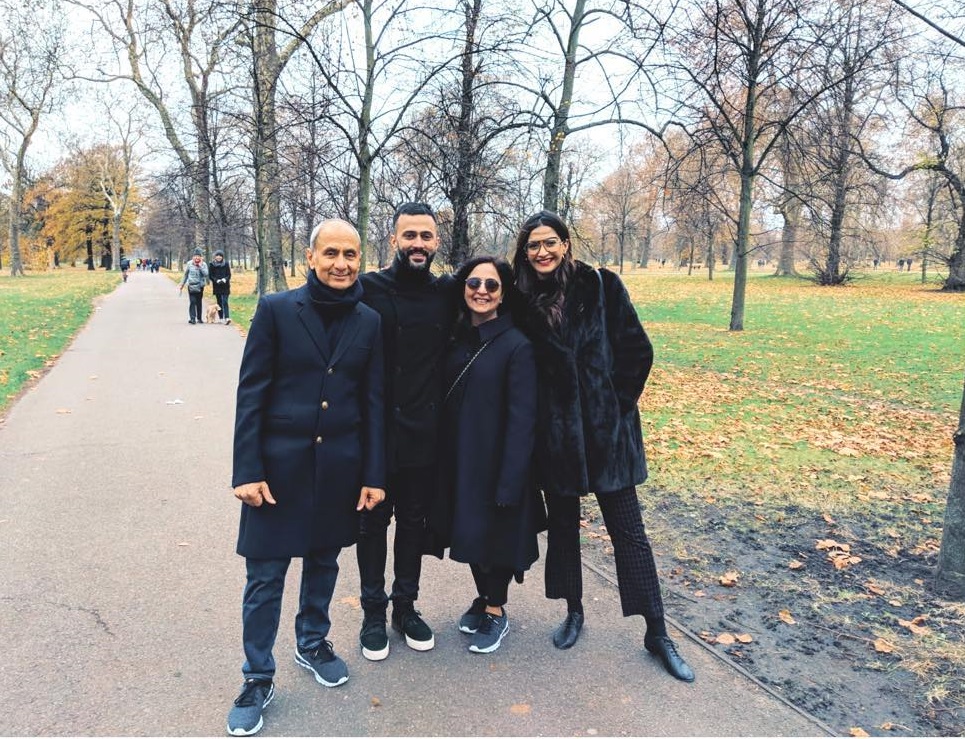 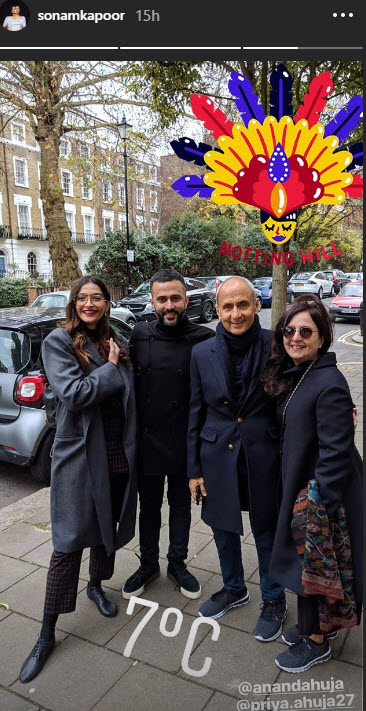 As you can see, Sonam and her in-laws are all dressed in black and grey and are raising the family fashion goals high. Sonam donned herself in a dull grey oversized coat along with a black top and checkered pants. Getting the urge to go out with your family tonight? 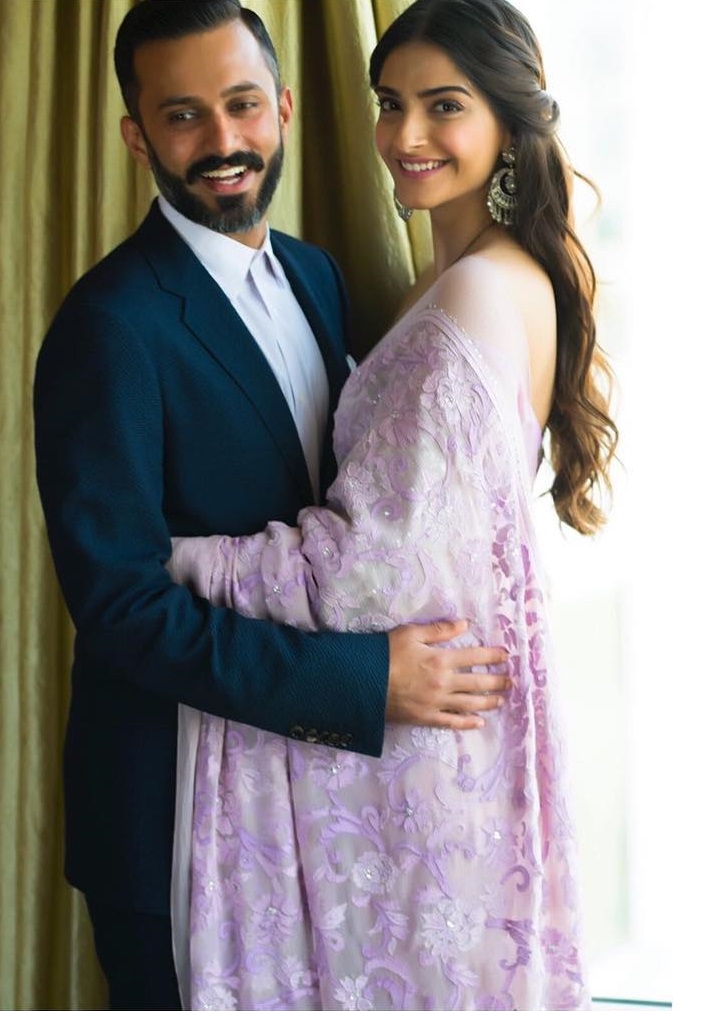 Recently, during Diwali, Sonam’s parents- Anil Kapoor and Sunita Kapoor, and her sister, Rhea Kapoor joined them in London and the Kapoors celebrated their Diwali there itself. Rhea Kapoor had shared the following family pictures from London and captioned these as, “The plan is to fan this spark into a flame.” -Hamilton.” 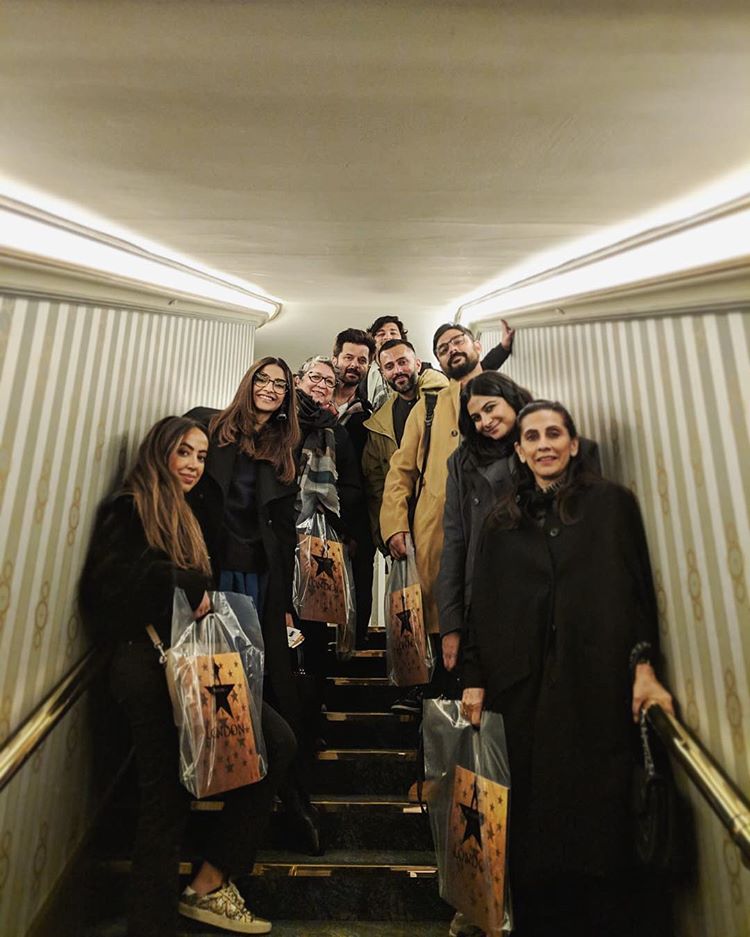 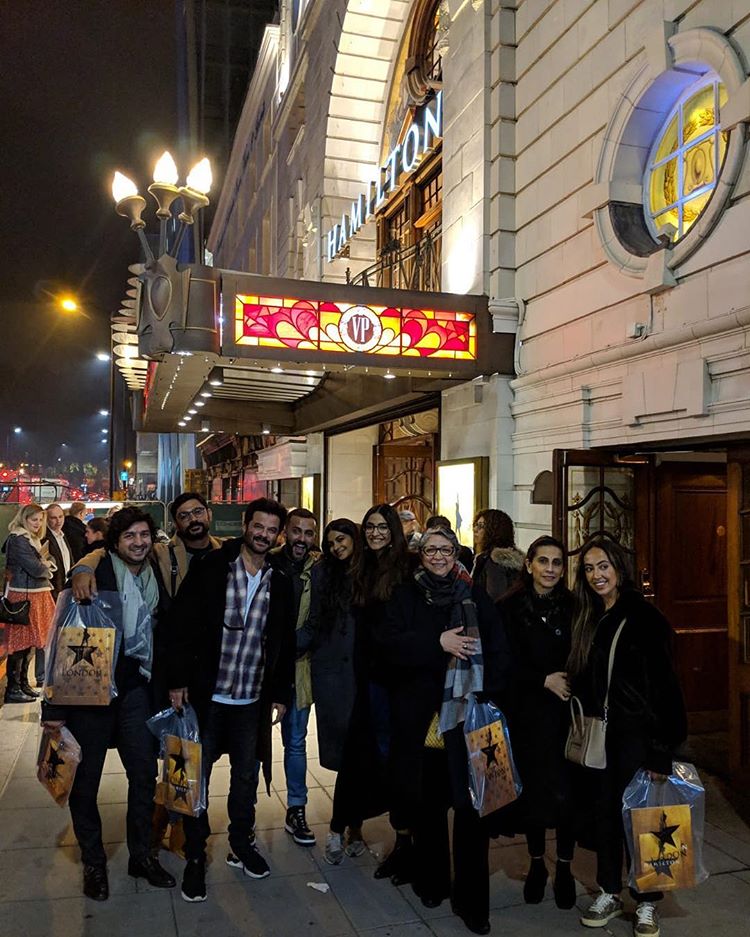 Coming back to Sonam and Anand, and her in-laws, Sonam shares a very cordial relation with her mother-in-law. She once told Deccan Chronicle, “They are Sindhis and are a very private business family. They are lovely people but I don’t want to discuss much. I am obsessed with my mother-in-law; I get along very well with her. As they are not from the film industry so let’s not talk much about them. I have been dating Anand for so long. I like saying that he is my husband but I am so used to calling him, my boyfriend. It’s fun being married.” Sonam also wore an outfit gifted to her by Priya Ahuja at Isha Ambani's engagement in Italy. 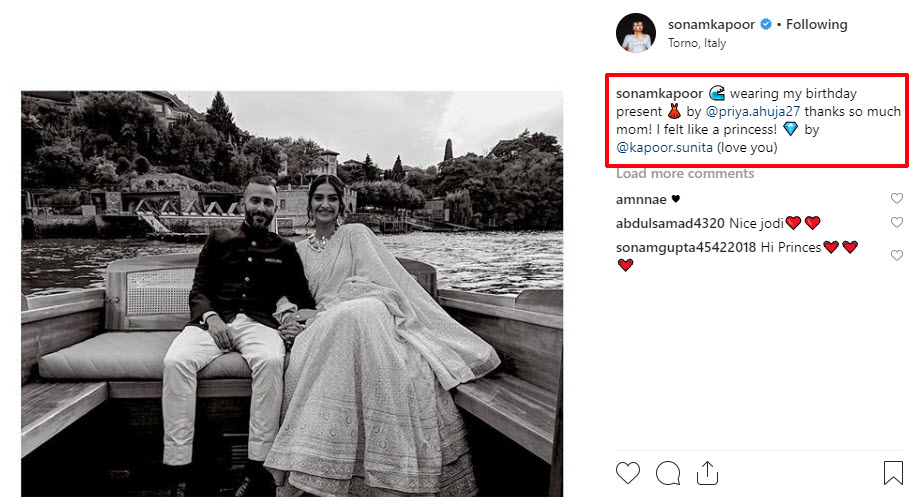 Sonam and Anand, post their wedding, got candid about their relationship and marriage with the Vogue magazine. Sonam said, “Anand is so encouraging when it comes to my work that he didn’t blink when I told him I was flying to Cannes two days after the wedding or that I was getting into promotions straightaway. There was no argument, just acceptance—you got to do what you got to do. But he posed one question to me: ‘If it was me who had to go to a work meeting right after the wedding, what would you do?’ I said I’ll kill you. So he’s like, ‘I think it’s double standards!’”. Owing to their professional commitments, Sonam is in Mumbai mostly and Anand in London. Sharing in an interview as to how the two manage their long-distance relationship, Sonam replied, “We both have to manage. I think we both respect each other’s work and space; we are partners in the true sense. For me, nobody is more important than Anand and for him, nobody is more important than me. When you have mutual respect, things get easy.” 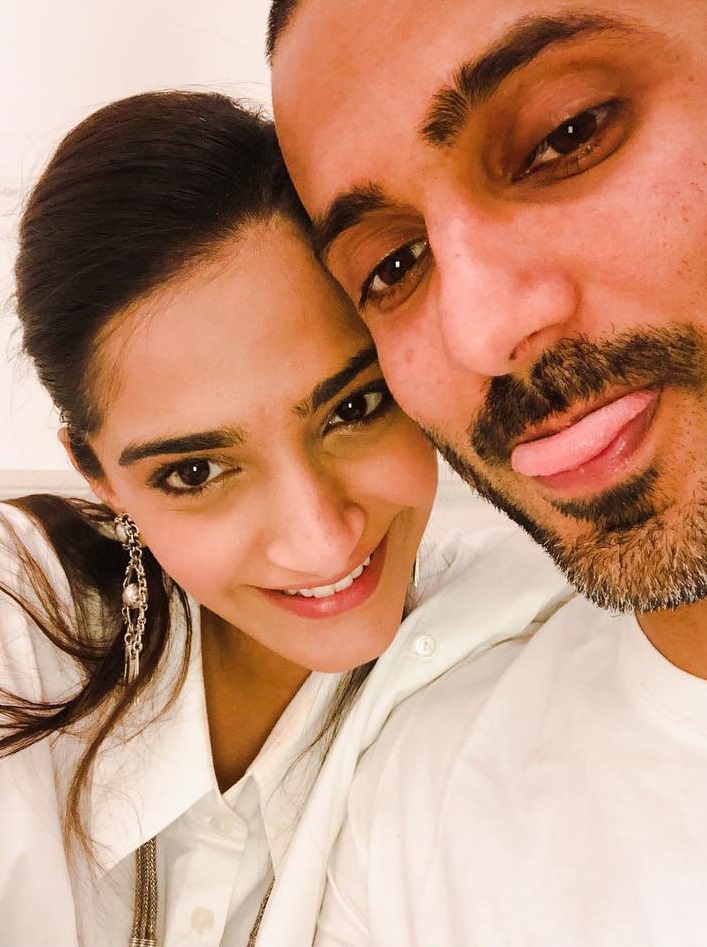 It’s so blissfully happy to see Sonam enjoying her marital bliss with Anand and her in-laws. What do you have to say about the four twinning in black and grey? Share your comments below. 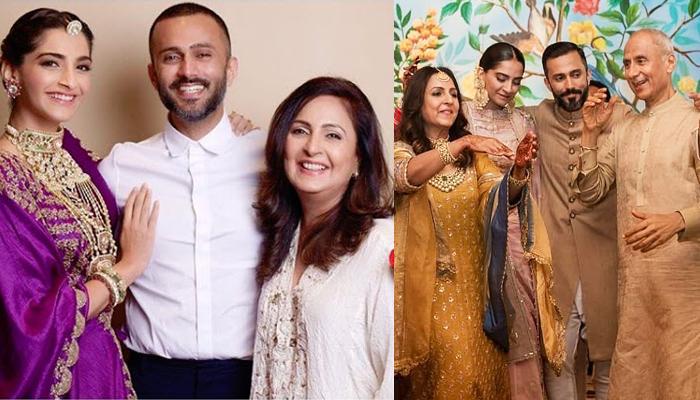 The most pious and sacred relationship that we ever share in our lives, is always with our mothers. To even think to match up to our mothers' sacrifices for our happiness, is a sin. Her love for us is priceless and we would forever be indebted to them. And it