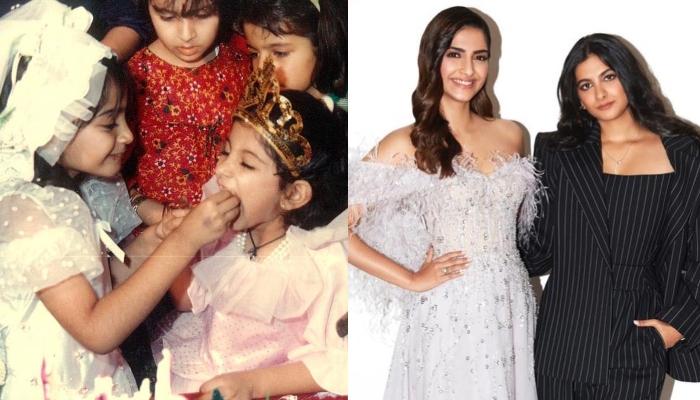 Rhea Kapoor, who is known for turning her sister, Sonam Kapoor Ahuja into a fashionista, is an inspiration for the millennials. She is not just a style maven, but also the hand and mind behind some amazing films like Veere Di Wedding, Khoobsurat and Aisha. She stayed behind the camera and showed the power of a girl boss. (Recommend Read: Sania Mirza's Sister, Anam Mirza Post Divorce Is Dating This Former Indian Cricket Captain's Son)

On March 5, 2019, today Rhea is celebrating her 32nd birthday, and her big sister, Sonam made sure to make her day super special. She flipped through their old family album and shared a throwback picture from the birthday celebrations of one of the Kapoor sisters when they were little. She captioned the picture as, “Dear Rheebee... happy happy birthday my darling sister. You’re my best friend, soulmate and partner. No one compares to you and your love for all of us. Hope this year you kill it with love, life and making the most epic movies.” Check out the picture below: 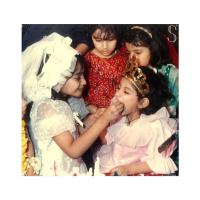 Rhea Kapoor’s boyfriend, Karan Boolani, also wished the love of his life on Instagram. He took to his Insta-stories and posted a picture of Rhea’s birthday menu. In February this year, Sonam Kapoor confirmed her baby sister’s Rhea’s relationship with Karan. In an interview with Zoom TV, the journalist asked her about Rhea’s marriage rumour, to which she had replied, “Oh, no. When she does get married, I'll be very happy to tell you. They've been dating for 10 years, they've not gotten married yet. When the happy news is there, it'll all be announced. But, no, they are not getting married this year.” (Also Read: Navya Nanda Wore A Similar Lehenga As Sonam Kapoor, At Akash Ambani-Shloka Mehta's Pre-Wedding Bash) 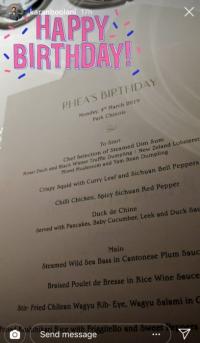 Rhea’s mother and the backbone of the entire Kapoor clan, Sunita Kapoor took to her Instagram handle to wish her. She posted a picture of Rhea, and wrote a heartfelt wish for her little princess that can be read as, “Happy happy birthday to my princess.. may you always be blessed with the best.. you make me such a proud mother.. love you more than you can ever know.. have the most amazing year,” followed by many heart emojis. 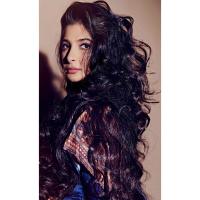 Rhea, who had always believed that she can never be an actress had revealed on Karan Johar’s chat show, Koffee with Karan, how her father and Bollywood’s favourite actor, Anil Kapoor never persuaded her to act. She had said, “I can't tell you exactly what he said because he used some individuals' names. He was just afraid that I would be like a heroine's sister or just lurking around. He could see through my personality. The first day on your set Wake Up Sid, I knew I cannot become an actress.” Well, father can only show us the true mirror of our personality.

Anil Kapoor also posted a birthday wish for his daughter with a similar snap posted by Sunita, and wrote, “Every year I see you getting closer to becoming the amazing human being you were born to be. For me, Boss Woman means Rhea Kapoor! I am lucky to have such a beautiful, confident, sharp & brilliant daughter who knows how to keep us all on our toes and push us to do better! Happy Birthday @rheakapoor! We love you!” 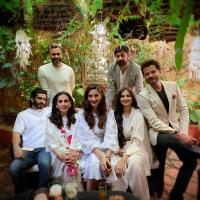 Rhea’s chachi, Maheep Kapoor shared a picture of Rhea with the sweetest birthday wish that can be read as, “Happy birthday my Rhea We love you lotsss #OurGoToPerson #HaveTheBestYearEver”. Check it out below: 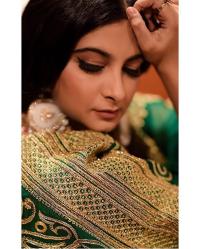 For those who don’t know, Rhea owns many feathers in her hat. From a well-acclaimed producer to popular celebrity stylist to single-handedly running her brand, Rheson, the diva is doing it all. Her last film, Veere Di Wedding was a hit that created a buzz of change in the society and its outlook. (Don't Miss: Taapsee Pannu Wanting To Take Taimur Ali Khan On A Date Is Something Which Every Girl Already Feels)

We wish Rhea the happiest year ahead!