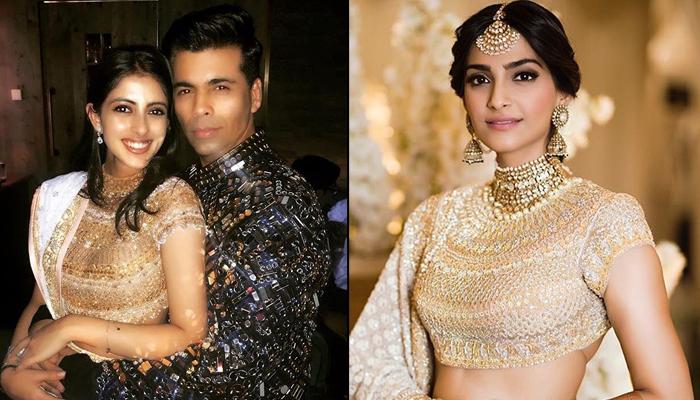 Sonam Kapoor married the ‘man’ of her dreams, Anand Ahuja on May 8, 2018, and their three-day long larger-than-life wedding was nothing less than a blockbuster film. Amidst the love, glam and glitz at #SonamKiShaadi, do you remember what Sonam wore for her mehendi ceremony? Sonam’s ivory and gold lehenga proved that brides don’t always have to wear the customary red to sashay their bridal glory. A little experiment with white and they can relive their whimsical ‘princess bride’ moment with minimalism and simplicity! (Also Read: Neeti Mohan Wore The Exactly Same Bridal Lehenga That Anushka Sharma Wore On Her Wedding Day?)

Seems like it was not only us on whose wish list Sonam Kapoor Ahuja’s ivory and gold lehenga was added, but someone else had been taking inspiration too. Amitabh Bachchan’s granddaughter, Navya Naveli Nanda, born to Shweta Bachchan Nanda and Nikhil Nanda, is already quite a star, even without her B-town debut! 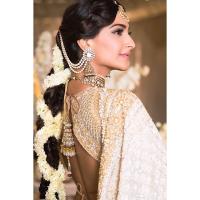 A few days ago, we brought to you a sizzling photo of Navya from Akash Ambani and Shloka Mehta's pre-wedding bash in Switzerland. Dressed in a sequined black maxi with long sleeves, classic scoop neck and a thigh-high slit, accentuating her look with a light grey faux fur wrap and block heels, Navya Naveli Nanda surely made heads turn with her scintillating appearance. And now, Navya Naveli Nanda’s mother, Shweta Bachchan Nanda posted an adorable picture of her daughter with Bollywood ace director-producer, Karan Johar, from one of Akash Ambani and Shloka Mehta's pre-wedding celebrations. Navya and Karan can be happily seen posing for the cameras. But what caught our attention was Navya’s outfit which looked very similar to the one that Sonam Kapoor wore on her mehendi ceremony. Navya wore the graceful white and gold choli and carried it with the same panache as Sonam. Check it out: 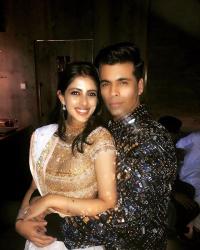 For the uninitiated, Sonam Kapoor’s ivory lehenga by Abu Jani Sandeep Khosla for her mehendi ceremony was covered in intricate chikankari detail, embellished with accents of light gold and the bold golden choli was the highlight of her look. It took Abu Jani Sandeep Khosla’s team, 18 months to complete this masterpiece! Don’t believe us? Hear it from the ace designers themselves, “This ensemble is a labour of love and joy. Sonam is our absolute favourite and for her wedding it had to be a fantasy piece that set new creative standards for us in order to do full justice to her and this sacred occasion. She ordered it two years ago and it’s taken multiple teams of artisans eighteen months to create.” 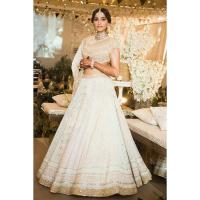 As per the designers, each stretch of her lehenga is adorned with a unique set of motifs and pearls. Around forty different types of stitching techniques have been put to use to create the entire body of the lehenga. Silver and gold zari, pearls, motifs, sequins, Swarovski crystals have been used to create beauty. Don’t you too, want to wear something similar at your mehendi? (Also Read: Navya Naveli Nanda Channels Her Sizzling Look At Akash Ambani And Shloka Mehta's Pre-Wedding Bash) 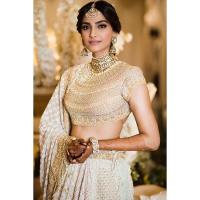 Also, a video was posted by the designers at their official Instagram handle with a beautiful caption which read, "LOVE'S MASTERPIECE! ABU JANI SANDEEP KHOSLA FOR SONAM KAPOOR. Eighteen months in the making, this Chikankari and Zardozi lehenga for Sonam Kapoor's mehndi is a masterpiece of design and impossibly fine craftsmanship. The epitome of romance and elegance it is a fantasy come to life."

Abu Jani and Sandeep Khosla have been the favorites of the Bachchan-Nanda clan too. Remember the golden-coloured saree that Navya Naveli Nanda wore at Isha Ambani and Anand Piramal’s wedding on December 12, 2018? The designer duo revealed on their Instagram handle that Navya’s saree had a personal touch because it was her grandmother, Jaya Bachchan’s saree and it was revived for her. And the elegant kundan and gold necklace, earrings and a modern, geometric maang teeka framed had emphasised Navya’s face in a graceful manner. 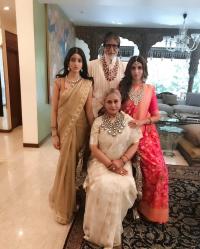 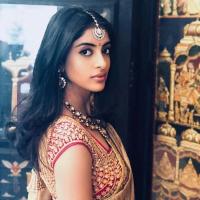 We loved how Sonam Kapoor Ahuja and Navya Naveli Nanda carried the look and cannot decide who looked better. What do you think? Keep us posted!