In a world full of trends, Bollywood actress, Sonam Kapoor Ahuja is a classic! Recently, she showed her style at designer duo, Abu Jani and Sandeep Khosla show. 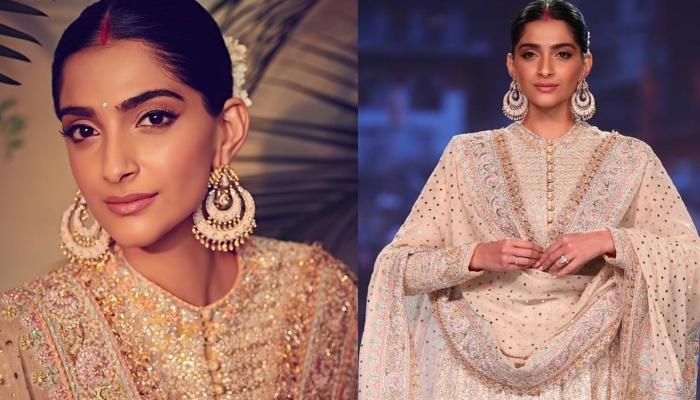 Bollywood’s first fashionista, Sonam Kapoor Ahuja changed the entire fashion game in B-town! She is extremely popular with her undeniable sartorial prowess to her scene-stealing performances in films like Neerja (2016) and Veere Di Wedding (2018). She became the fashion influencer for many young girls and her every outing made headlines. (Recommend Read: Anil Kapoor And Sanjay Kapoor Gatecrashed Sunita Kapoor's All-Girls Birthday Special Lunch)

In an interview with the Print, Sonam had talked about her struggles when she had entered the film industry, and had shared, “I was 17 when I joined the movies, a baby. And unfortunately the whole world got to see my growing-up pains. Between 17 and 24, I like to think of it as my under-graduate and post-graduate years. Despite being Anil Kapoor’s daughter, I didn’t have a mentor. I chose to do things on my own. Some people have it easier, some harder. But my experiences have made me who I am today.” 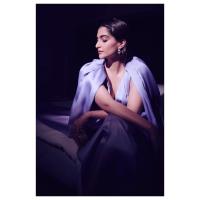 On March 24, 2019, Sonam walked the ramp for her favourite designer duo, Abu Jani and Sandeep Khosla’s show to raise funds for cancer patients in Mumbai. While there were many other celebrities who rocked the ramp, it was Sonam who took away our breath. The actress looked gorgeous in a beige and golden anarkali ensemble. (Also Read: Shah Rukh Khan Asked 17-Year-Old Priyanka Chopra To Marry Him In Miss India, Her Reply Was Epic) 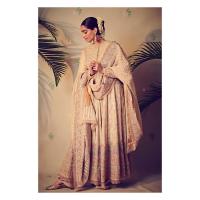 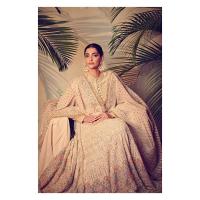 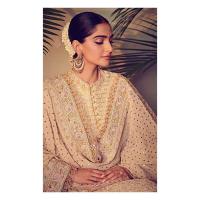 However, the highlight of her entire look was the sindoor which she donned for the first time post her wedding to Anand Ahuja in May, last year. We got hold of a video, wherein, Sonam can be seen showing her kathak skills on the ramp.  Take a look at it below:

When Sonam appeared as a guest on The Kapil Sharma Show, she had shared an interesting story of her husband, Anand Ahuja. The actress had revealed that post her wedding with Anand, she was wearing choodas which left her husband clueless about the tradition. Anand had reacted by saying, “What are you wearing”. Sonam had then told him about the tradition, following which, Anand asked her to remove it, as they were not going with her outfits.

Well, Sonam ki shaadi saga didn’t end there, the actress had shared another instance from the wedding which was about the joote chupane ki rasam. She had revealed that when she and her friend, Swara Bhaskar made a plan to hide Anand’s shoes, Anand had played smartly and fooled Swara into stealing his brother’s shoes. However, Swara did manage to get money from Anand as a part of shagun.

Earlier, in an interview with Vogue, Sonam had revealed the first date details. The actress had said, “I was apparently wearing the worst sneakers he had ever seen. I keep telling him that he fell in love with me despite my bad sneaker game… That day, walking and talking in London, I knew he was the love of my life. He apparently knew the first time we spoke on the phone… It was just so easy”. (You May Also Like: Aditya Roy Kapur Says He Is Single, But Arjun Kapoor And Sonakshi Sinha Reveal The Truth)

In the same interview, Sonam had talked about her love story with Anand, and had stated, “He makes clothes—and I wear them. He comes from a business background, so that’s alien to me. I’m the third generation in a film family. So there’s a lot to talk about, a lot to discover about each other, but we have a lot of similarities.”

She had also shared the qualities of her husband, and had said, “He’s non-judgemental—with everybody. Very open-minded and progressive. I’m a little conservative and close-minded about a few things, and he’s taught me to see the other side, to look at things with a lot more compassion and care, to be a little more pragmatic and practical, as I can be very emotional and quick to judge sometimes, which is not nice.” (Don't Miss: Karan Tacker Has Found Love Again In Dear Maya's Shreya Chaudhry After Breakup With Krystle D'souza?)

Well, Sonam can write a whole book on sartorial fashion! What do you think?