Anil Kapoor not only surprised his wife, Sunita Kapoor with a heartwarming wish on social media, but he also 'surprised' her by gatecrashing her birthday lunch.

Kapoor khaandaan has not only treated their fans with some precious moments to cherish through their blockbuster films, but also some moments to admire off-screen. From Boney Kapoor-Sridevi, Sanjay Kapoor-Maheep Kapoor to Sonam Kapoor Ahuja-Anand S Ahuja, we have seen romance flourishing within the Kapoor clan from generations. But our favourite love story from the Kapoor family is of Anil Kapoor and his wife, Sunita Kapoor, who have given us zillion reasons to love them.

Anil Kapoor and Sunita Kapoor have reinstated our faith in old-school love and romance, and what started off as a prank call led to a ‘happily ever after’. Sunita, who belonged to a liberal family, dated Anil for 10 years and supported her husband through thick and thin during his struggle phase in Bollywood. Sunita and Anil’s 45 years of togetherness and love, has been a great inspiration for the millennials. On March 26, 2019, Sunita turned a year older and Anil posted a throwback picture of them on his social media handle. Along with it, he wrote, “This is what being young and in love looks like! Every day of my life is made better because of her...Happy Birthday @kapoor.sunita! You are the reason for everything! Isn’t she just flawless? I am so lucky! Love you!” (Also Checkout: Bollywood Legend Anil Kapoor And His Wife Sunita's Love Story Will Make You Believe In True Love) 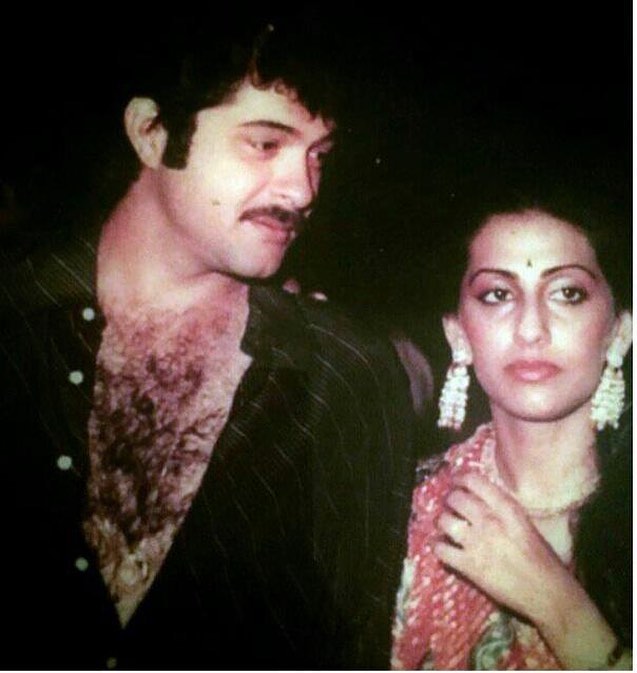 But Anil Kapoor not only surprised his wife, Sunita Kapoor with a heartwarming wish, he also ‘surprised’ her by gatecrashing her birthday lunch. Anil and his partner-in-crime, Sanjay Kapoor gatecrashed ladies’ lunch, who got together to celebrate Sunita’s birthday. Sonam Kapoor Ahuja, Rhea Kapoor, Janhvi Kapoor, Khushi Kapoor, Shanaya Kapoor, Rima Kapoor, Maheep Kapoor and Anshula Kapoor amongst others were a part of the lunch. While the dapper Kapoor men posed with the birthday girl and her ‘ladies’ gang’, Sanjay posted the group picture and wrote, “When the brothers gate crash a ladies lunch.” 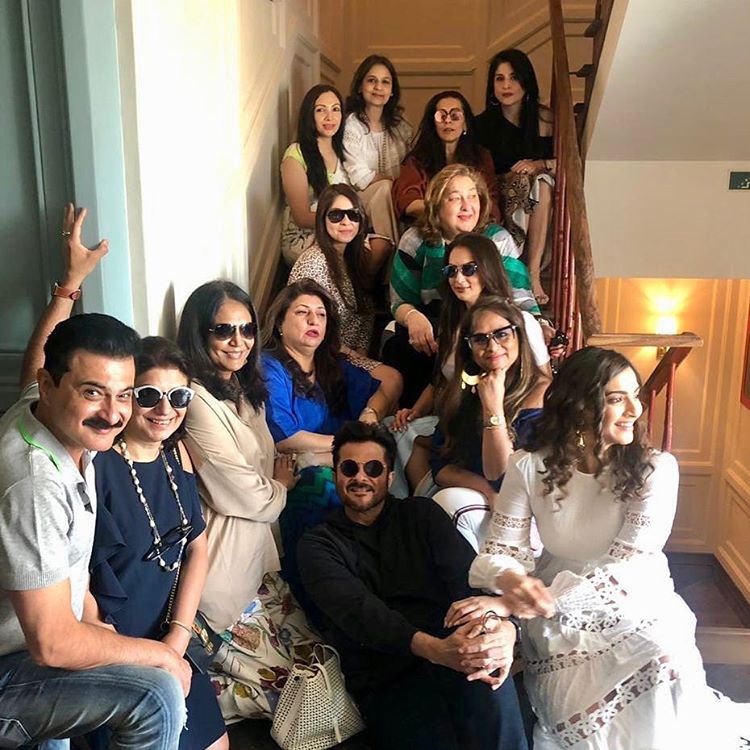 Anil Kapoor and Sunita Kapoor’s daughter, Rhea Kapoor wished her mommy on her birthday with a throwback photograph. She captioned it as, "Happy birthday to my conscience, Oracle and constant challenger. I know you keep me grounded, sane and make me a better person. I don’t know how they do it but moms make you fly and put you in your place at the same time.  I love you mommy happy birthday!" (Also Read: Anil Kapoor And Sunita Kapoor's Love Story Started With Prank Call, She Went Alone On The Honeymoon) Sonam Kapoor Ahuja too, had shared a throwback photo with wherein baby Sonam can be seen kissing her mother while her baby brother, Harshvardhan Kapoor is sitting on his mommy’s lap and Rhea Kapoor is happily posing for the camera. She captioned it as, “There are no words for how much you mean to me. You have always been the ultimate role model, supporting me and helping me stand taller against whatever I may face in my life. It’s your strength and grace that keeps this family so happy and we all love you for it. Happy Birthday Mom! #mom #mother #momsarethebest #sunitakapoor”. 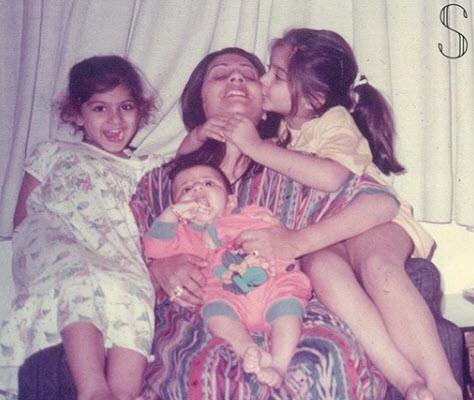 Anil Kapoor had shared how his love story began with Sunita Kapoor, in an interview with Humans Of Bombay. Reminiscing how their love story started with a prank call, Anil had stated, “A friend of mine gave Sunita my number to prank call me––that’s when I first spoke to her and fell in love with her voice! Soon after, we met at a party––there was just something about her. We started talking and became friends. We used to discuss this other girl I liked - you know, if I like her or she likes me? Then suddenly that girl vanished, leaving me heartbroken – our friendship strengthened because of that! Little did I know that Sunita was the one all along – we started dating organically. It’s not like in the movies––I didn’t ask her to be my girlfriend––we both just knew.” (Also Read: Nita Ambani Gave Her Daughter-In-Law, Shloka Mehta A Wedding Gift Worth Rs 300 Crore, Details Inside) Elaborating on how he culminated his first big break in Bollywood and his sudden marriage to his lady-love, Sunita Kapoor, Anil Kapoor was quoted as saying. “So when I got my first break, ‘Meri Jung’ I thought, now house will come, kitchen will come, help will come...I can get married! So I called Sunita and said, ‘Let’s get married tomorrow – it’s tomorrow or never’ and the next day, we were married! I went for shoot 3 days later and madam went abroad on our honeymoon...without me!” 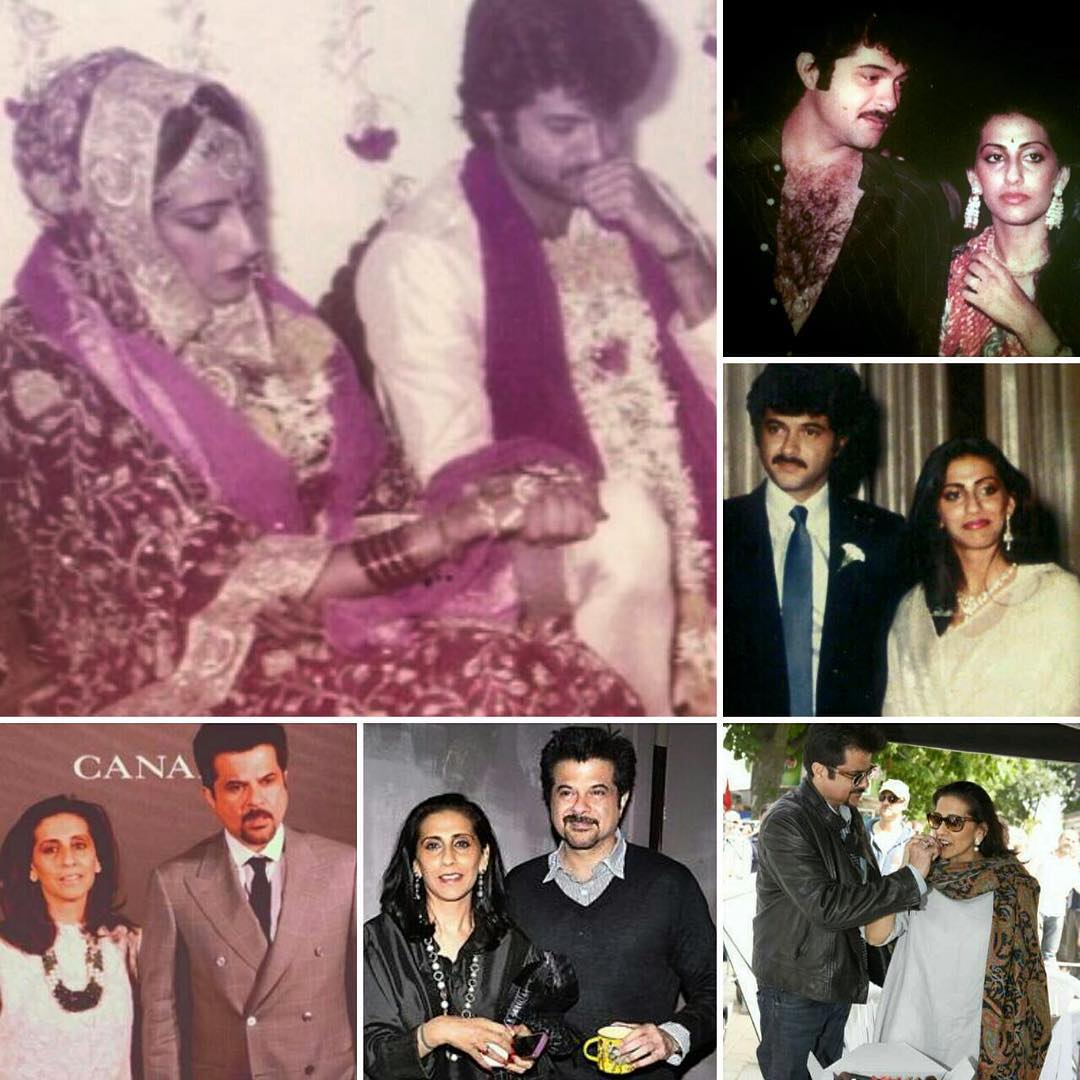 Speaking about 45 years of their friendship and love, Anil Kapoor went on to say, “Honestly, she knows me better than I know me. We’ve built our life; our home together. We’ve raised 3 kids and been through ups and downs. But I feel like we’re finally dating now – romantic walks and dinners have just begun! We’ve been together 45 years––45 years of friendship, love and companionship. They don’t make people like her anymore. She’s the perfect mother, perfect wife and the reason I wake up every morning, motivated. You know why? When I ask her, ‘Arrey, yesterday only gave you so much money’ she says, ‘Woh sab khatam ho gaya...it’s all finished!’ and I jump out of bed and run to work!” (Also Read: Arjun Kapoor And Anshula Kapoor Write Heartfelt Posts For Mona Kapoor On Her 7th Death Anniversary) 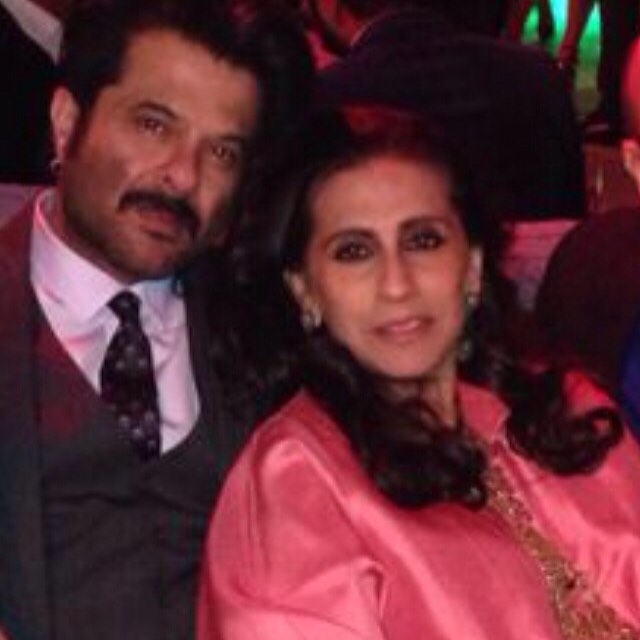 Have you ever gatecrashed a wedding or a party? Keep us posted?