Sonam Kapoor's hubby, Anand Ahuja is away from his family, and he is missing them a little too much. The doting hubby shared an unseen picture of Sonam with their son, Vayu.

Bollywood actress, Sonam Kapoor Ahuja is leaving no stone unturned to ace her mommy duties. From taking care of her little baby to fulfilling all his needs, Sonam is a hands-on mommy. Recently, Anand Ahuja, who is away from his family, shared an unseen picture of Sonam taking care of their son, Vayu, and the picture is a memoir of her love for her baby.

Anand Ahuja is missing his wife, Sonam Kapoor Ahuja and their son, Vayu

On January 25, 2023, Anand Ahuja took to his Instagram handle and posted a cutesy picture of his wifey, Sonam Kapoor and their son, Vayu. In the photo, Sonam looked pretty donning a striped nightsuit. She flaunted her no-makeup look with her hair tied in a bun. On the other hand, Vayu looked handsome in an animal-printed white-hued onesie. 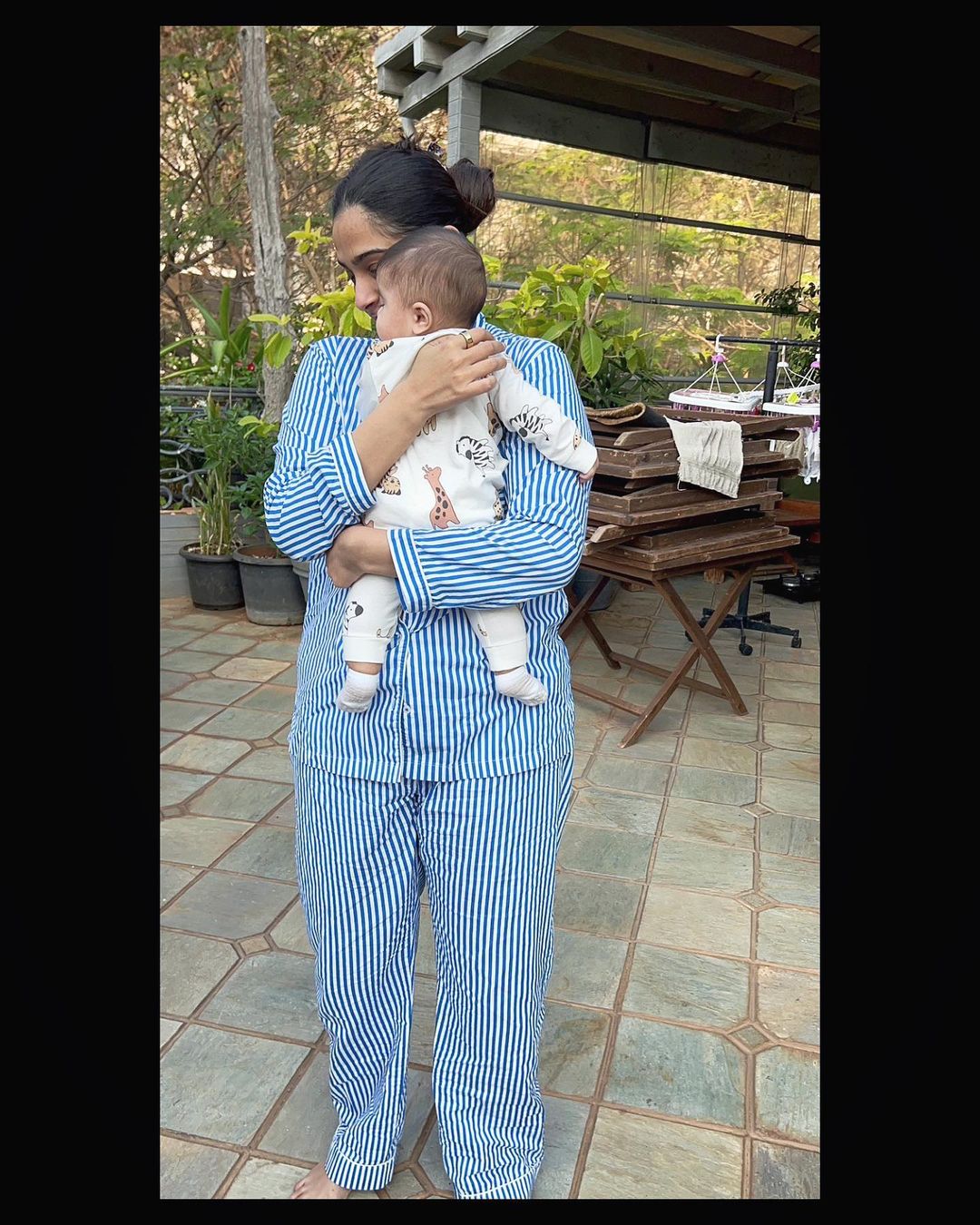 Alongside it, Anand penned a long note. He quoted his favourite lines, which he had read years ago. He also expressed how much he is missing his wife, Sonam. An excerpt from his note can be read as:

"I read this years ago and have always remembered it. Saved it so I could always refer to it and now so grateful to put it into practice w @sonamkapoor … missing you both too much." Sonam, who has not yet revealed her son's face, often shares sneak peeks of him. On December 4, 2022, Sonam a clip, wherein her little boy donned a red striped onesie and was super happy as he played in his swing. While we loved the cutesy glimpse of Vayu, it was his rocker that left us in awe. 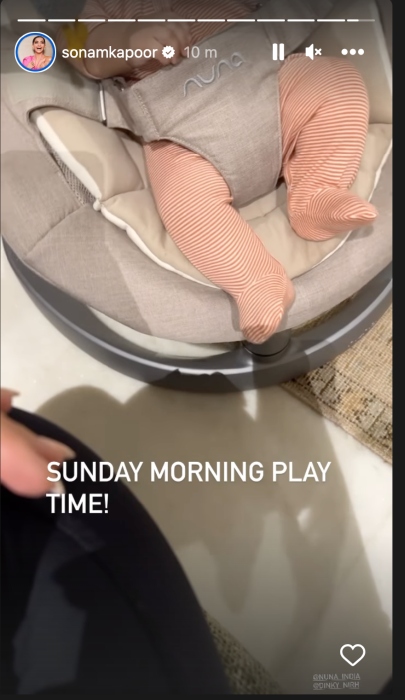 On November 13, 2022, Sonam penned a series of notes and bared her heart out on her natural delivery and the gentle birthing procedure. She revealed that she had a quick birth and has been breastfeeding easily. She also talked about the steps she took to ensure she had no stretchmarks. Sonam further added about her prenatal journey and how she ensured that she had as little intervention as possible. One of her notes could be read as:

"My pre-natal journey was quite different. I was very sure I wanted to have as natural a journey as I could that would lead to a natural delivery with as little intervention as possible. For that I decided to take help of ‘gentle birth method’ with Dr Gowra Motha. She had written a lovely book called Gentle Birth Method that explains how to deal with the prenatal journey." We love Sonam's cutesy photo with her baby boy! Bollywood actress, Sonam Kapoor Ahuja and her hubby, Anand Ahuja were blessed with their first child on August 20, 2022. The couple hopped on their parenthood journey with the arrival of their baby boy, whom they have lovingly named Vayu Kapoor Ahuja. Ever since then, their lives have become blissful