Shah Rukh Khan is the king of humbleness, and whosoever has got the privilege of being his guest felt his kindness and immense love at his home, Mannat.

After a wait of five years, Shah Rukh Khan is back on the silver screen with his film, Pathan. The blockbuster film has won hearts, and has become the talk of the nation since day one. While fans are hailing King Khan and his acting prowess, celebrities, who got the chance to be his guests at his home revealed their surreal experience being guests at Shah Rukh Khan's home, Mannat.

Shah Rukh Khan treats everyone with loads of love, who comes to his home

Recently, we stumbled upon a video on Instagram, which was shared by one of Shah Rukh Khan's fan pages. The video is a compilation of videos, wherein celebrities talked about their experience of being guests at Shah Rukh's home, Mannat. The clip starts with Riteish Dekhsmukh baring his heart out on how Shah Rukh always drops a person to his or her car. He said:

Recommend Read: Chhavi Mittal On Her Breast Being Treated Like A Commodity 'I've Healthy Breasts, So People Doubted' In the video, other celebrities also revealed that Shah Rukh always opens the car door whenever someone leaves his home. Some people wondered how humble he is. They also revealed that he stays there till the car leaves his place, especially if it is a lady, he will shower his immense love. Alia also shared her experience of being a guest at Shah Rukh's home. She said: Arjun Kapoor also shared that still whenever he visits Shah Rukh's home, the superstar makes sure to drop him in his car and opens the car door. The video further shared a glimpse of SRK's love for elders. He was seen taking ashirwaad from Amitabh Bachchan and Jaya Bachchan by touching their feet at an award show. We also spotted Aishwarya Rai Bachchan, who was standing just beside Jaya Bachchan while looking at SRK in awe. In an unseen picture, we also spotted Shah Rukh making sure his best friend, Kajol doesn't ruin her outfit while eating. He helped her by placing his own handkerchief as she was eating her food while holding her plate in her hands. 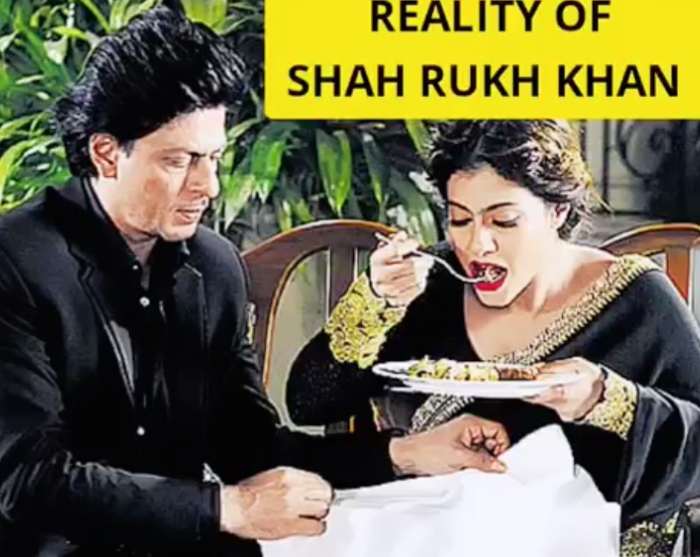 Shah Rukh is always going to rule the hearts of his millions of fans! What do you think?