Soha Ali Khan penned a lovely wish for her 'bhai', Saif Ali Khan and 'bhabhi', Kareena Kapoor Khan's anniversary. Check it out below! We all agree that there is no need of a special day to celebrate love, but in reality, there are some occasion that needs to be celebrated, and marriage anniversary is one of them. It is the day when two souls unite and promises to be with each other till 'forever' ends. While there are days when they don't live upto their promises, there are also days when they cannot imagine a life without each other. And a perfect example of it is Bollywood's power couple, Saif Ali Khan and Kareena Kapoor Khan. (Recommend Read: On Prithviraj Sukumaran's 38th Birthday, His Wife, Supriya Menon Brings A Cute 'GOAT' Cake For Him)

Before we take you further into the story, let us take a recap of Kareena and Saif's love story. While one is known for her outspoken nature, the other one is famous for his intellect, and together Kareena and Saif have created their own 'happily ever after' with their little prince, Taimur Ali Khan. In the year 2008, Kareena and Saif were struck by the Cupid's sharpest love arrow while shooting for their movie, Tashan. Later, Saif had won our hearts when he had tattooed his muse's name on his forearm, and that was a beautiful start of their love story. 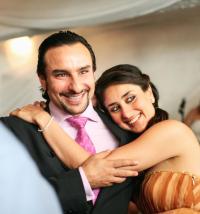 On October 16, 2020, Saif and Kareena completed eight years of togetherness, and the former's sister, Soha Ali Khan shared a lovely wish for them. Soha took to her Instagram handle and posted a beautiful picture of Saif and Kareena. Alongside it, she wrote, "You two. happy anniversary @kareenakapoorkhan and bhai. Love always." Check it out below: 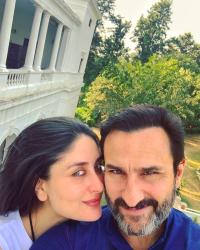 Kareena had also penned a lovely note on her eighth wedding anniversary. She had posted a picture with her darling hubby, Saif. Along with it, she had narrated the secret ingredient of her 'happily ever after'. The actress wrote, "Once upon a time there was a girl name Beboo and a boy named Saifu. They both loved spaghetti and wine, and lived happily ever after. Now you guys know the key to a happy marriage. On that note, happy anniversary SAKP. Here’s to eternity and beyond." (Also Read: Hema Malini Opens Up On Her Marriage With Already Married, Dharmendra, Says, 'I Never Took Him Away')

Apart from leading a king and queen style life, Kareena and Saif also share a great sense of humor. In an interview with the Bombay Times, Kunal Kemmu had shared that they have a great humor. The actor had stated, "We always have such funny moments within the family. Kareena, too, has an amazing sense of humour, likewise, Saif. It is a tough competition within our family group when it comes to humour and wit."

Earlier, in an interview with the Filmfare, Kareena had revealed how she balances her work and family. She had said, "We women somehow know how to multitask. I’m enjoying every minute of it. I’m balancing it well. My time with my child is my time. I don’t need to flaunt it on Instagram. I don’t need to flaunt it in front of the media. Like I don’t need to carry my child at the airport to prove how much I love him. My husband too believes it’s not needed. By carrying the child in my arms I don’t need to prove that I’m a hands-on mother. Even if I have two hours with Saif, Taimur and myself in the bedroom, it’s the quality of time and wanting to be together that matters, rather than the quantity of time we spend. I come from that school of parenting." (Don't Miss: Aditya Narayan Rubbishes Claims Of Being Bankrupt, Says He Was Overwhelmed With The Offers Of Help)

We wish Kareena and Saif, the happiest anniversary! The moment you take 'saat pheras' in front of the holy fire, you marry not only your husband, but his entire family. In India, the 'happily ever after' gets often spiced up by an overbearing 'saasu-ma' or a cold 'nanad', for whom you are never enough. Thanks to the 'saas-bahu' sagas, the fear of