Bollywood's cutest couple, Soha Ali Khan and Kunal Kemmu never fail to give us relationship goals. Check out as Kunal turns photographer for his wifey, Soha!

It is said that when you fall in love, nothing else matters. And a perfect example of this is Bollywood's cutest couple, Soha Ali Khan and Kunal Kemmu. Before we take you further into their love story, let us remind you that the duo had never ever thought that they could ever be friends. Soha and Kunal had met each other in 2009 when they had signed a film, Dhoondte Reh Jaaoge, and had maintained a professional relationship. However, when they had collaborated for their second film together, 99 in 2009, they were stuck by Cupid's sharpest love arrow. (Recommend Read: Sanjeev Kapoor Posts Unseen Wedding Pictures To Wish His Chef-Wife Alyona Kapoor On 28th Anniversary)

It was on January 15, 2015, when Soha had tied the knot with her beau, Kunal in an intimate ceremony. We remember in an interview with the Deccan Chronicle, Soha had talked about the joy of getting married, and had said that she had always felt the only reason to get married is to have children. However, when she had decided to tie the knot, there wasn't any kind of pressure from her family. On October 5, 2020, Soha took to her Instagram handle and shared a perfect picture of herself. In the picture, we can see her donning a floral dress and looking super gorgeous. And the best part about the picture was that Kunal has clicked the beautiful picture of his wifey, Soha. Alongside it, Soha wrote, "In the shadows @khemster2." Check it out below: 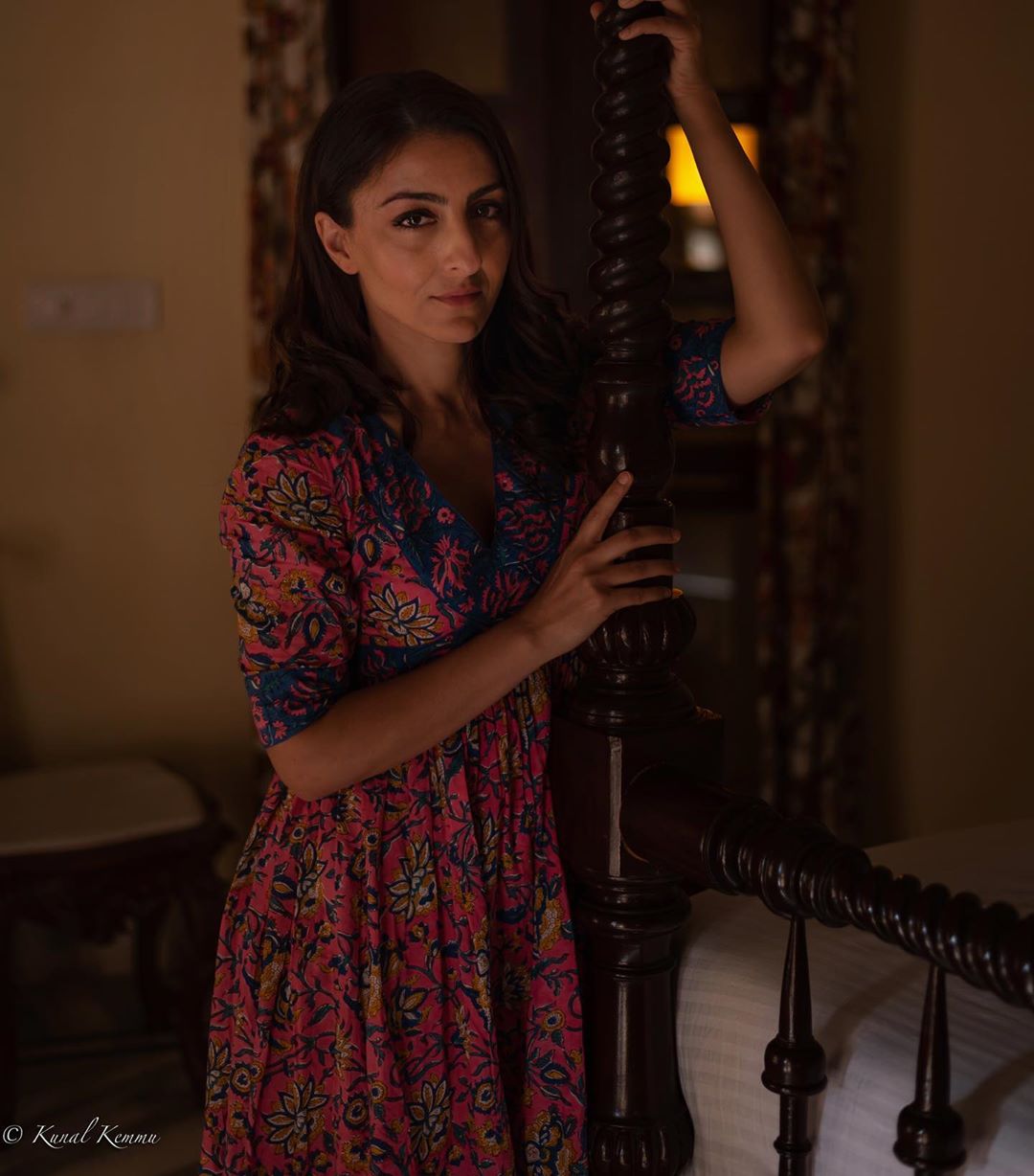 On October 4, 2020, Soha Ali Khan had turned a year older, and to make her day special, Kunal had penned a special note. The doting husband had taken to his Instagram handle and had shared a mushy picture with Soha. In the picture, we could see the duo, posing for the camera while Kunal had hugged Soha from the back. Alongside it, he had written, "To the one and only who can invoke all the emotions I have and some I didn’t know I had. The smile when I am happy and the sunshine when I am low and the Dictionary when I’m out of words. Happy Birthday my love." (Also Read: 'Bigg Boss' 14 Contestant, Sara Gurpal Talks About Finding Love And Her Bond With Siddharth Shukla In an interview with the Free Press Journal, Soha had talked about changes that had come into her life after. She had revealed, "Honestly, nothing has changed. Apart from the fact that my boarding pass says Mrs now and that feels odd. The only change that I observed was in the way society perceives you – by that I mean a social acceptance comes when you are a married couple. In terms of our relationship, there is no change at all. Maybe because we have known each other for six to seven years and we dated for three years before we got married. There was no moment where I felt, ‘Oh I didn’t know this about you,’ or he never said,‘I didn’t know this is how you look in the morning’. There were no surprises. And that’s how we wanted it to be. When we decided to get married he told me that he did not want me to change in any way. A sort of apathy comes in after you get married but we just try and not take each other for granted." (Don't Miss: Amrita Singh Was Upset About This Man In Sara Ali Khan's Life, 'Abba', Saif Had Different Opinion) Bollywood actress, Soha Ali Khan recorded a funny video of her darling hubby, Kunal Kemmu's cheating in the game of scrabble on camera. We all will agree that the lockdown period is stressful for many families. While staying indoors often takes a toll on our minds, couples are making sure to