October 5, 2020, marks to be the 28th wedding anniversary of Sanjeev Kapoor and Alyona Kapoor. Sanjeev posted an unseen wedding picture and one from the reception with Alyona to wish her.

Not every love story that starts in a train or a flight is from a Bollywood movie. Sometimes, in real-life too, Cupid hits you with the sharpest love arrow and introduces you to your soulmate on a train, bus or flight. We know it’s hard to believe in such ittefaq unless it happens to you as all we get is a snoring uncle, a troublesome aunty, noisy children or vexed adults seated next to us. The real-life love story of Khana Khazana fame, Sanjeev Kapoor and his wife, Alyona Kapoor will make you believe that love can happen anywhere and anytime. If there’s one person, who is synonymous to cooking and needs no introduction, then it is Sanjeev Kapoor! No one can fail to recognise this chef, who became a household name for his culinary contributions. (Also Read: Divyanka Tripathi And Vivek Dahiya's 'Wedding Vow Number 8' Is Perfect For Every Millennial Couple)

Conferred the ‘Best Chef of India’ award by the Government of India, Sanjeev Kapoor had lost his heart to a woman, he had met on the train. Sanjeev and Alyona’s elder sister, Vandana were colleagues and during a visit to her in Varanasi, the Cupid had struck the couple. Soon after knowing each other, Sanjeev and Alyona had begun dating and post their four years of courtship period, they had tied the knot on October 5, 1992. 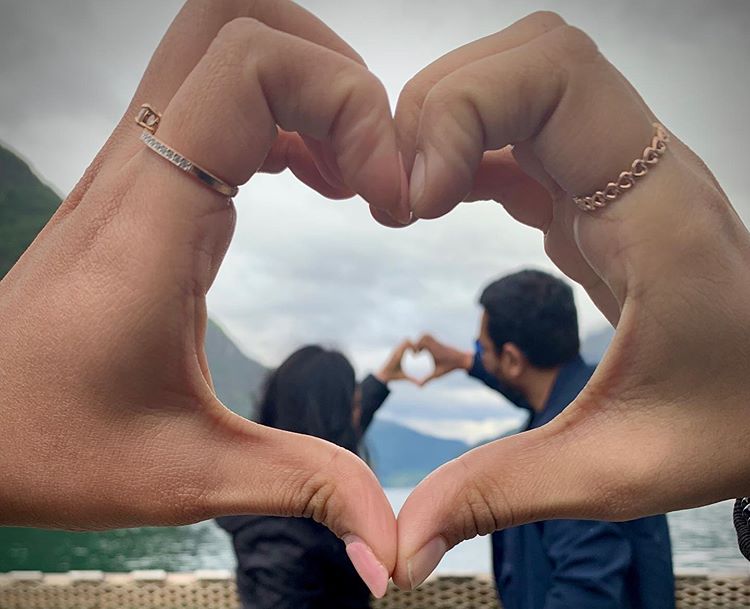 October 5, 2020, marks to be the 28th wedding anniversary of Sanjeev Kapoor and Alyona Kapoor. To celebrate the same, Sanjeev and Alyona are spending quality time at The Taj Mahal Palace, Mumbai. Giving a glimpse of the beautiful décor in their room, Alyona thanked the hotel staff in her IG stories. Sanjeev posted an unseen wedding picture, one from reception and two from holidays with Alyona and wishing her on their anniversary, he wrote, “To my rock, my best friend, my everything. Happy Anniversary You make me smile like no one else can. Here’s to many more years of togetherness and happiness. Love you.” 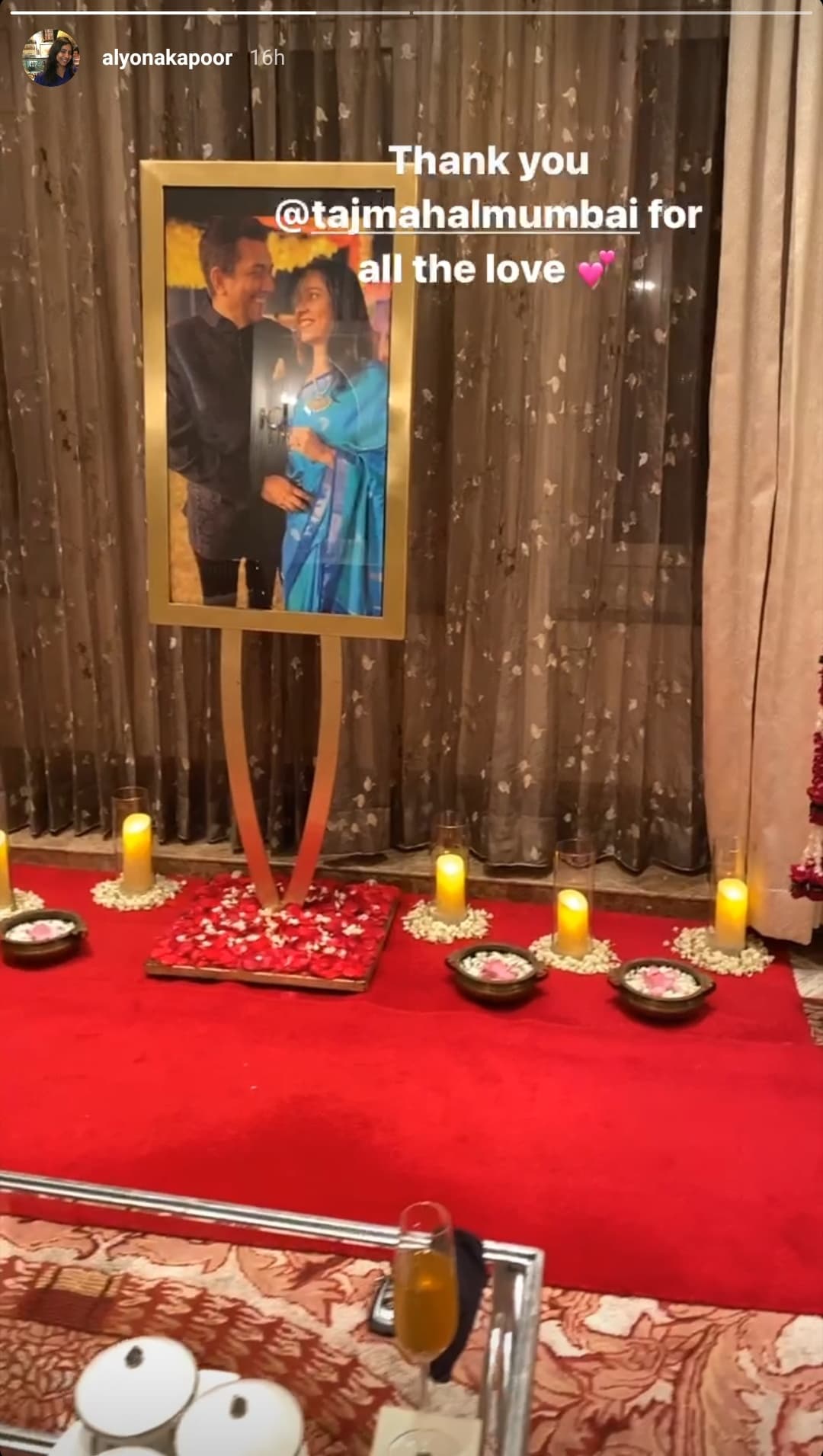 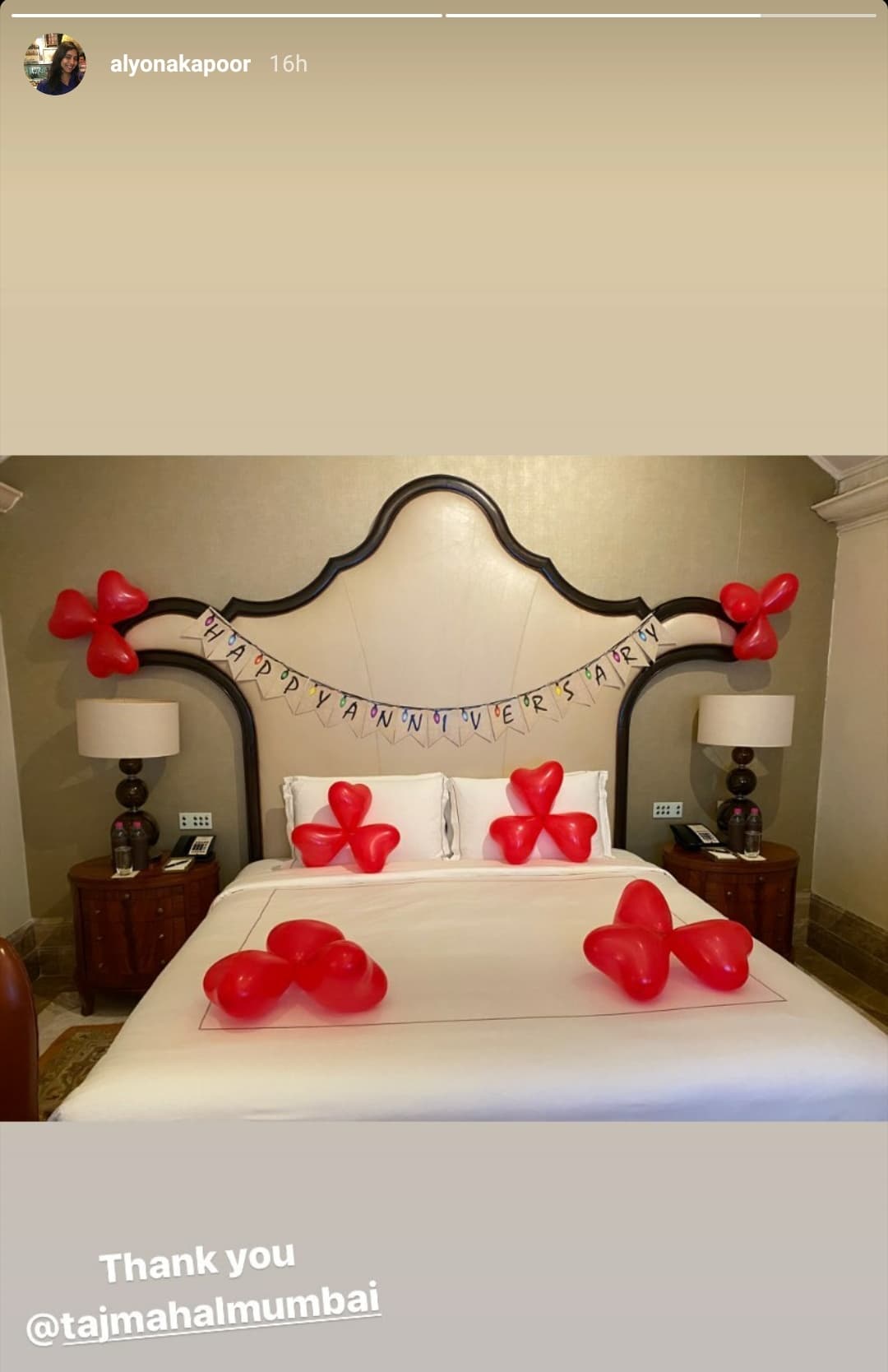 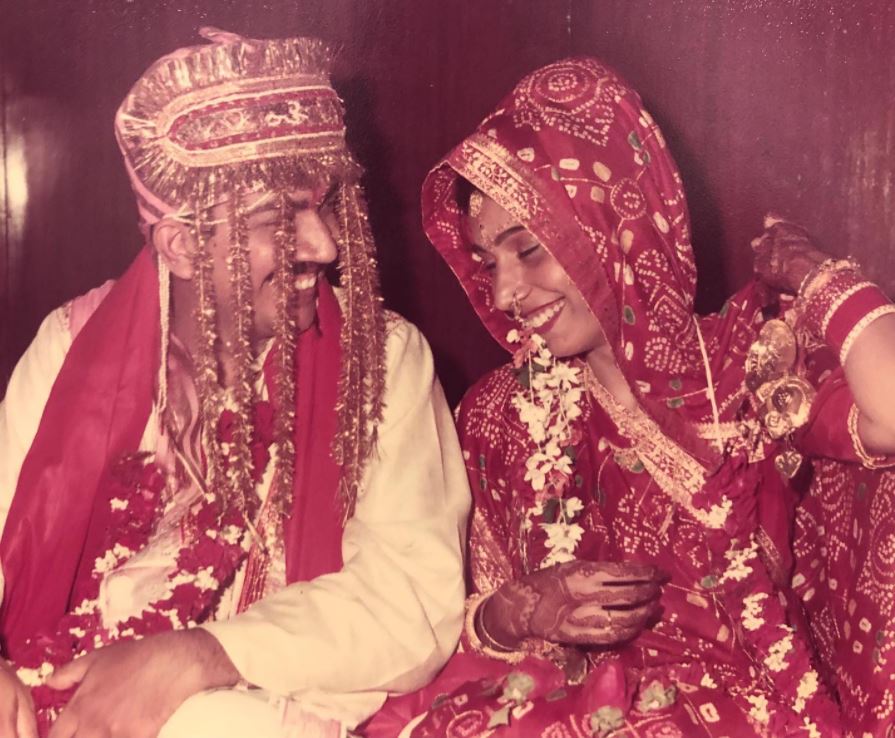 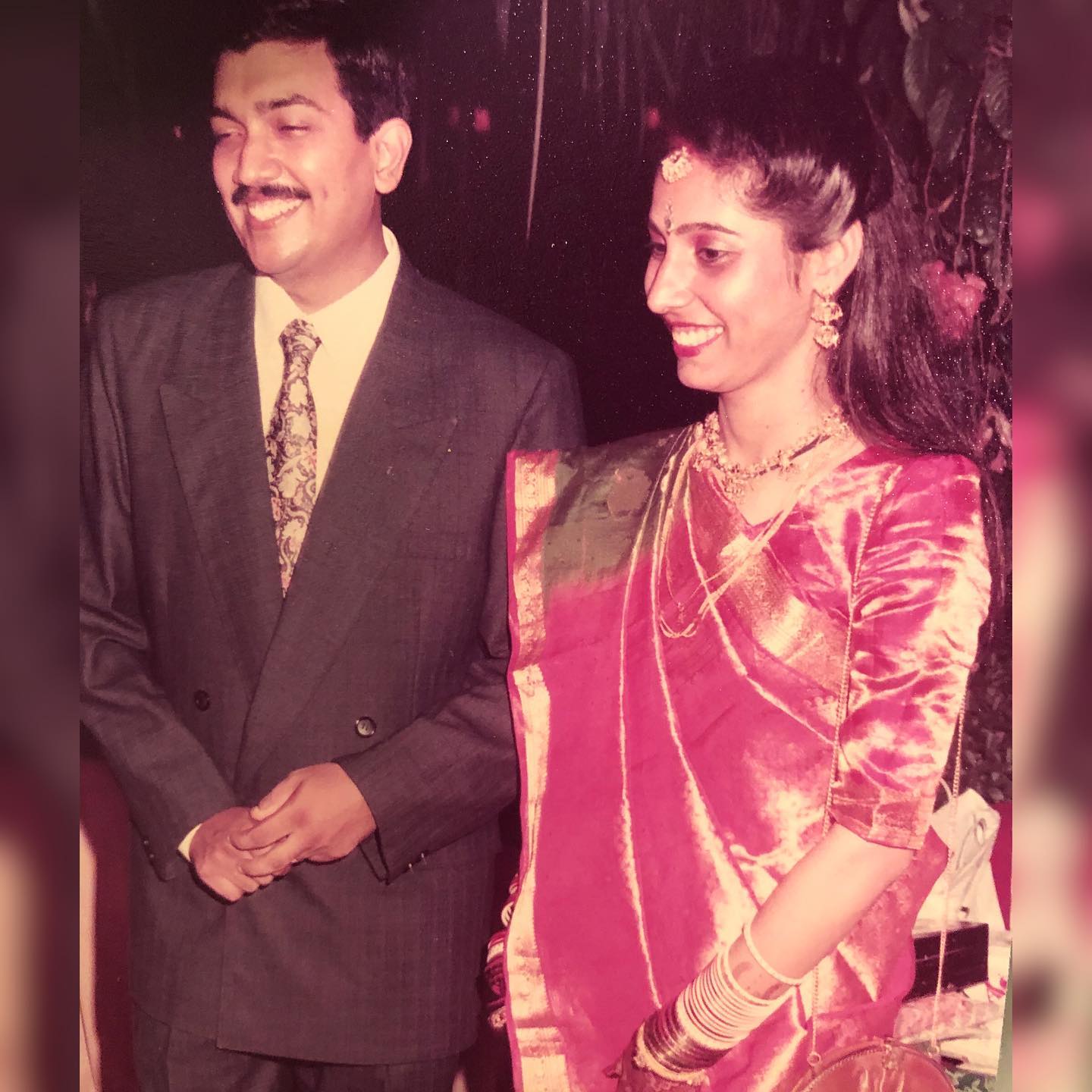 The Kapoor family firmly believes in ‘A family that eats together stays together’. While Sanjeev Kapoor is a prominent name in the culinary world, his wife, Alyona Kapoor too, is no less than him as she too, is an amazing chef with magic in her hands like her husband. In an interview with Shaadi Times, Alyona had spoken about how she met Sanjeev on a train and their journey to marriage. She had remarked, “We met through my elder sister. Sanjeev and she were working together. I got to know him as my sister's friend. She too was a chef and was posted to ITDC, Varanasi. On one of my trips to meet her, Sanjeev and me travelled together. Slowly we got to know each other better. We started to meet more often and then finally after our courtship of 4 years, we tied knot.” (Also Read: Virat Kohli's Reaction Is All Heart On Preggy Wife, Anushka Sharma's 'Messy Hair, Don't Care' Selfie) 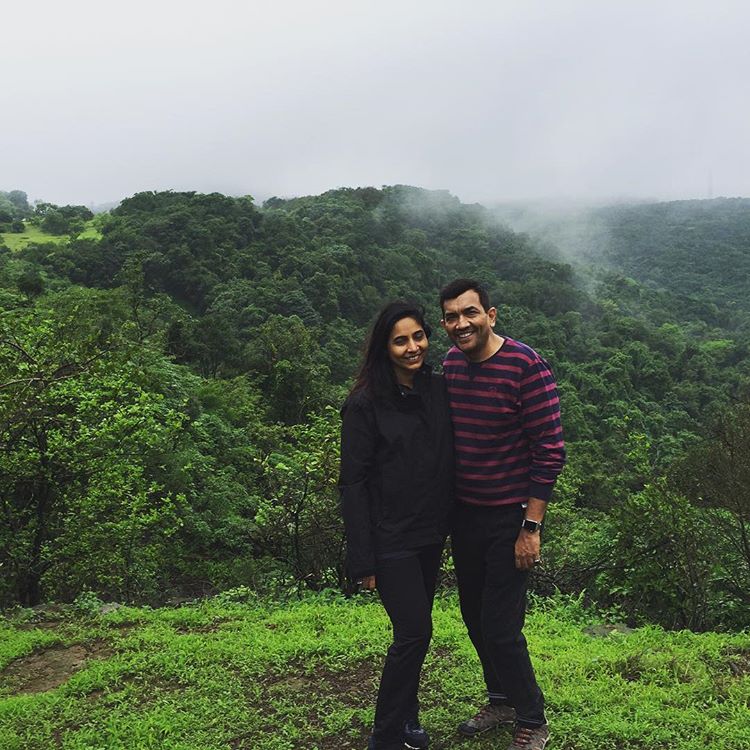 When asked, “Who is the best cook amongst you both?” Sanjeev Kapoor had retorted, “If you ask me, I would say my wife is the best cook; but if you ask her she would take my name.” And revealing his favourite dish made by his wife, Alyona, Sanjeev had said, “I love all the dishes she prepares.” When Alyona was asked about the same, she had replied, “On one of my birthdays Sanjeev made some sumptuous Italian food, which everyone enjoyed thoroughly.” Revealing the recipe of a successful marriage, the chef couple had remarked, “1 1/2 cups of trust, 1 cup of understanding, 1 cup of patience, 1 cup of faith, Heaps of love. Mix these ingredients together and you are ready to enjoy a delectable meal of life.” 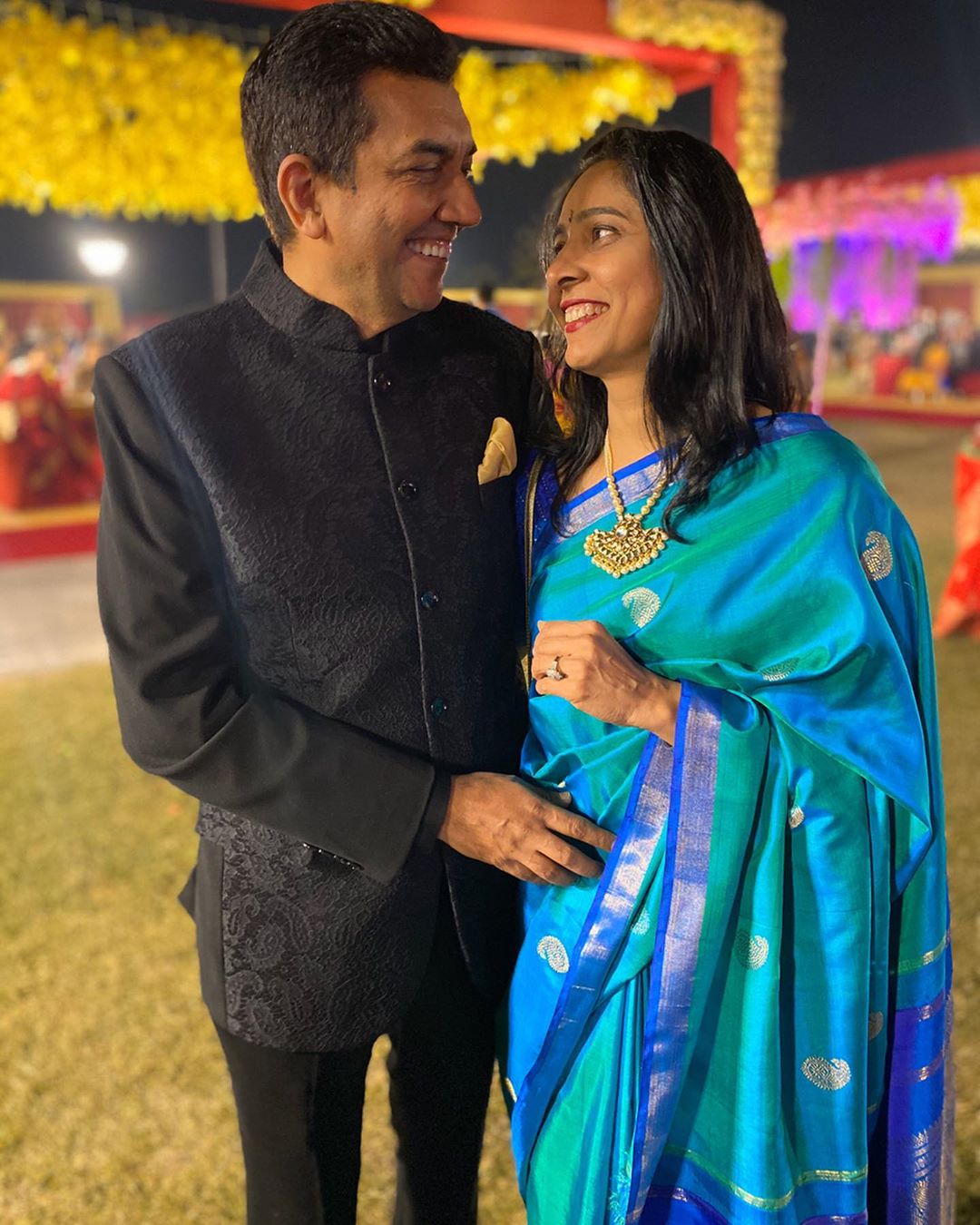 Sanjeev Kapoor and Alyona Kapoor are proud parents to two beautiful daughters, Kriti Kapoor and Rachita Kapoor. In an interview with The Mommy Tale, Alyona had revealed that she and Sanjeev Kapoor don’t go out of the way to teach their daughter, Rachita and Kriti any special values. Speaking about parenting her girls, Alyona had said, “Rachita and Kriti are both obedient yet smart kids. Both of them have always been grounded, always did well while at school and now in their higher studies as well, they are shining. They made parenting easy for us and we’ve been lucky that way! Sanjeev and I do not go out of the way to teach them any special values. They see us respect people around us including our parents; they learn from things around them. We let them shape their own personality. We also indulge our daughters, but without spoiling them. Ensuring that while they aim for the stars, their feet are firmly rooted to the ground.” (Also Read: Shoaib Ibrahim Indulges In PDA With His 'Chandani', Dipika Kakar On A Date Night, Shares Cute Videos) 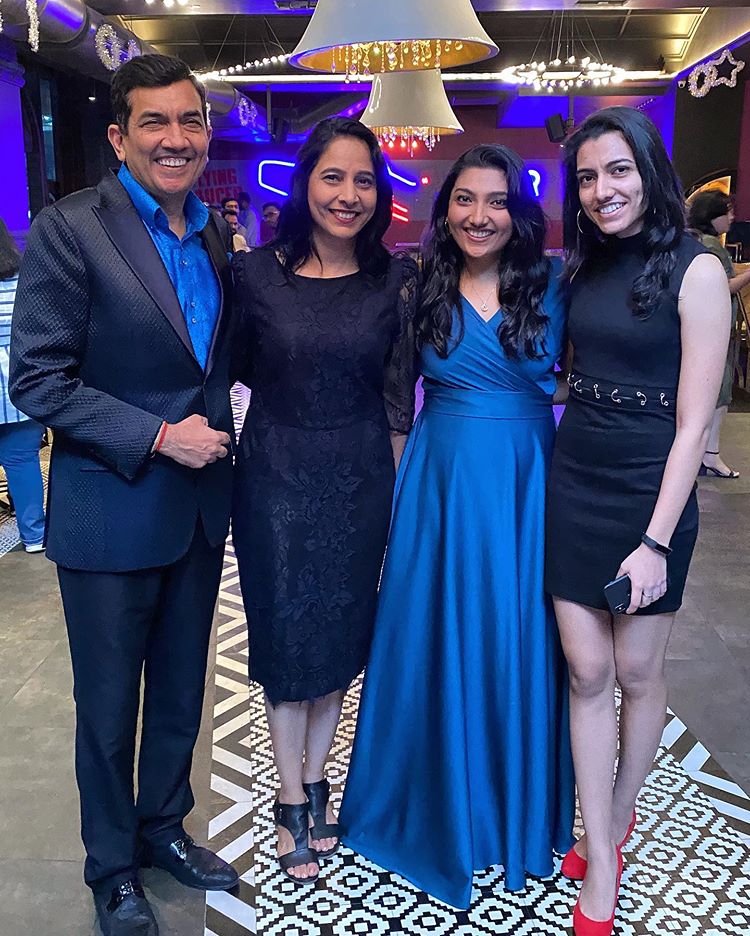 Sending lots of love to Sanjeev and Alyona on their wedding anniversary. We wish many more years of love, happiness and togetherness for you two!