Recommended Read: Soha Ali Khan Shares Her Pregnancy Journey And How Kunal Is Supporting Her In This Phase After announcing the pregnancy, Soha has been posting some interesting pictures, flaunting her baby bump and her preggers style game is on point! The couple recently hosted an intimate party at their home. Soha shared pretty pictures from the celebrations! 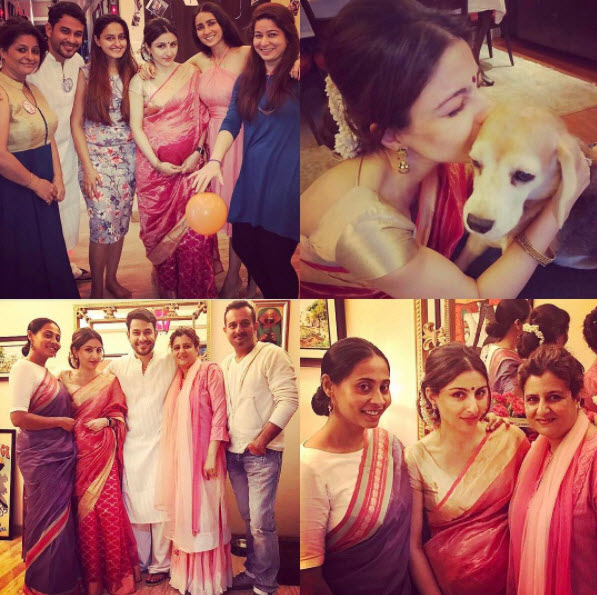 From the look of these pictures, it looks like a traditional ceremony, maybe a baby shower in Bengali style as Soha’s mommy Sharmila is a Bengali. Soha is looking gorgeous in a magenta silk saree and gajra, and hubby Kunal is complementing his ladylove in a dapper kurta pyjama. The lovely parents-to-be are seen having a great time with their closed ones. Although the theme of the baby shower was traditional, but according to Soha, any party is incomplete without balloons! 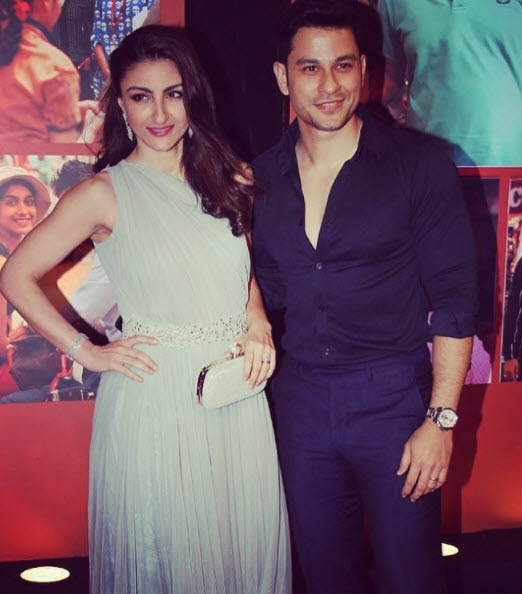 Soha and Kunal met on the sets of the movie, Dhoondte Reh Jaaoge and became friends. Soon, love happened and the two started dating! After bein in a live-in-relationship, the couple tied the knot in January 2015. They are expecting their first child together and Soha is in her last trimester! We must say, pregnancy has made Soha all the more beautiful. We are eagerly waiting for another nawab or princess to arrive to play with their elder brother, Taimur! Stay tuned for more updates on your favourite celebrity.