Smriti Khanna shared glimpses of her angel, Anayka’s latest obsession and we couldn’t stop adoring her. Take a look at her cutesy pictures! 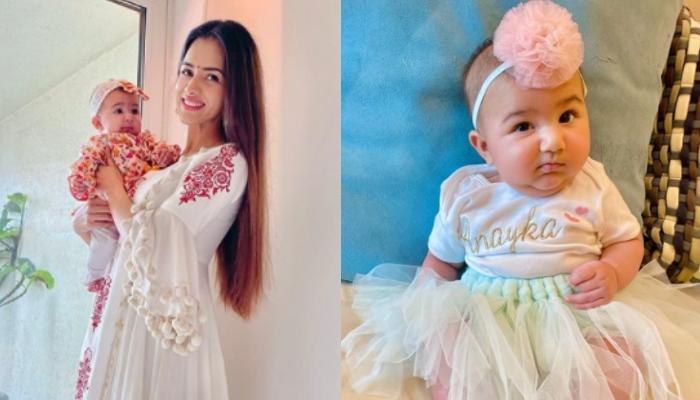 Motherhood is one of the most challenging phases of a woman’s life. From the day she gets to know about her pregnancy, her life takes a 360-degree turn. From her eating habits to her sleeping patterns, everything changes. And when her baby arrives, she has to be on her toes every time. But the mommy feels elated witnessing her little one grow and captures all the adorable moments with them. One such happy mommy is Meri Aashiqui Tum Se Hi actress, Smriti Khanna, who is living every moment with her little munchkin, Anayka Gupta. (Also Read: JP Dutta's Daughter Nidhi Dutta Celebrates Mehendi Ceremony Ahead Of Her Engagement, Looks Stunning)

In 2017, Smriti Khanna had gotten married to Gautam Gupta and after three years of marital bliss, the lovely couple had embarked the journey of parenthood. In April 2020, Smriti and Gautam had welcomed a little angel into their lives, whom they have lovingly named Anayka Gupta. Since then, the doting mommy has been sharing glimpses of her little goofball and her antics. The little munchkin never fails to captivate us with her cuteness.

On August 28, 2020, we got a glimpse of little Anayka’s new found obsession. Smriti took to Anayka’s IG handle and shared drool-worthy pictures of her baby with Peppa pig. In the pictures, Anayka looked adorable as she played, hugged and licked her Peppa. Smriti’s little angel is definitely a star in the making as every picture of hers’ was filled with her cute expressions. Along with the pictures, Smriti wrote, “Never understood why kids are so obsessed with Peppa pig. Is it because her nose is popping out from the right side of her forehead and is not in the centre of her face?”

On July 2, 2020, Smriti Khanna had shared beautiful pictures of her having a gala time with her little doll, Anayka. The glow of motherhood could be clearly seen on her face. Smriti had also written a sweet little caption for her little angel, reflecting how life has changed ever since her arrival. The young mommy had looked gorgeous as ever in a grey bodycon dress and white sneakers, while baby girl, Anayka had looked cute as a button in a purple onesie. Smriti's caption could be read as "When I hold you, life makes sense. #momandme #meandmom #motheranddaughter #motherandbaby #momanddaughter #parenting #newmom #babygirl #daughter." (Also Read: Karanvir Bohra And Teejay Sidhu Announce Second Pregnancy, The Mommy-To-Be Flaunts Her Baby Bump)

Talking about Smriti and Gautam's baby girl's unique name, the actress had revealed the story of the same in an interview with the Hindustan Times. She had said that it took them 20 days to decide her name. She had further revealed what 'Anayka' means and had added that it denotes powerful and complete. She feels Anayka is an apt name for her daughter. The actress had also said that she had wanted a baby girl and her wish has come true and this had made her Mother’s Day even more special.

After Anayka's birth, Smriti had talked about postpartum depression in an interview with The Times of India. She had shared, "I have realised that even if you speak good on social media and educate people about pregnancy and mother, haters will still troll you. I felt that people did not discuss much about pregnancy, weight issues, breastfeeding and I feel these topics should come out openly in our society because there are so many myths and women struggle all their life to lose weight. There are so many times that this becomes a matter of depression for them. They stop stepping out because they are not looking a certain way or not fitting into their dress. Some women are scared to get pregnant. There is postpartum depression and it is a big thing and it is not spoken in India." (Also Read: Is Kishwer Merchant Pregnant? The Actress And Her Hubby, Suyyash Rai React To Her Pregnancy Rumours)

Isn’t she adorable? What do you think? Let us know. 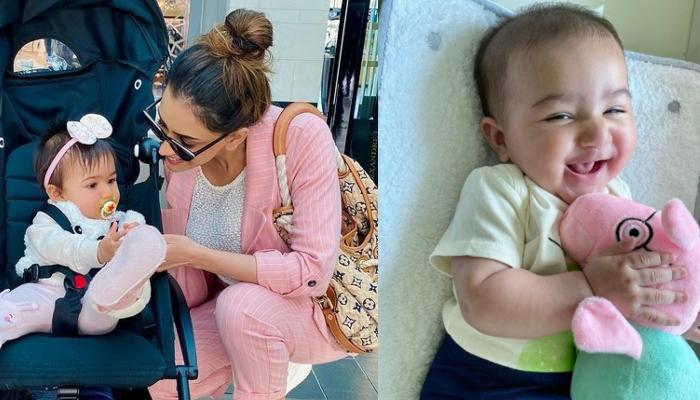 From the moment a woman attains motherhood, her world takes a complete U-turn and starts revolving around her little one. From the immense love, care and protection, she takes care of all the minute detail of her child. Whether it is her eating habits or her sleeping patterns, everything goes