TV actress, Smriti Khanna, had married her Meri Aashiqui Tumse Hi co-star, Gautam Gupta in 2017, and had embarked the journey of parenthood on April 15, 2020, with the arrival of their little girl, Anayka. Since then, the new parents' Instagram feeds are filled with adorable pictures of their little angel. Scroll down to check out the latest below! (Recommended Read: Himanshi Khurana Is Upset Over Being Called Asim Riaz's Girlfriend, Blames 'Patriarchial Mindset')

A lot changes in life, when a family of two becomes that of three. Smriti Khanna and her husband, Gautam Gupta are experiencing the same. In an interview with SpotboyE, Smriti had talked about having sleepless nights, being a mommy and had said, "Our sleepless nights have begun (laughs). However, I'm getting habituated to it. The problem is that due to this lockdown, we don't have any help around us plus we don't want to risk it by calling someone." 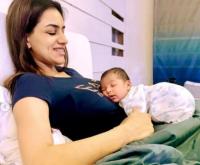 Glowing with motherhood, Smriti Khanna took to her IG handle on July 2, 2020, to share beautiful pictures having a gala time with her little doll, Anayka. Smriti also wrote a sweet little caption for her little angle, reflecting how life has changed ever since her arrival. The young mommy looked gorgeous as ever in a grey bodycon dress and white sneakers, while baby girl, Anayka looked cute as a button in a purple onesie. Smriti's caption can be read as "When I hold you, life makes sense. #momandme #meandmom #motheranddaughter #motherandbaby #momanddaughter #parenting #newmom #babygirl #daughter." The doting mommy, Smriti Khanna thinks her little angel, Anayka looks more like her daddy, and the only feature that she has taken from her is her long eyelashes. She had taken to her Instagram stories to share an adorable picture of her daughter, Anayka that had majorly focused on her pretty long eyelashes. Atop it she had written, "At least she has my lashes @anaykalucasofficial". Later she had re-share the same story on Anayka's official Instagram handle adding how she thinks everything else in her daughter resembles her father, Gautam, except for her eyelashes. She had written, "everything else is like daddy @mistergautam" atop it. 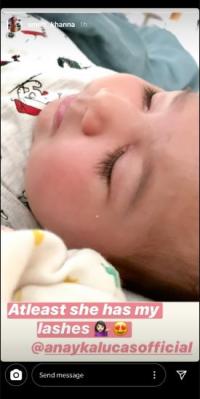 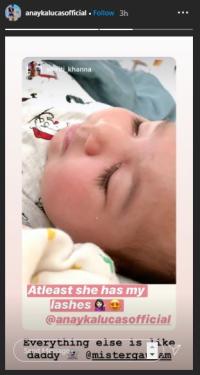 On June 15, 2020, when Smriti's little angel completed two-months, the loving mommy had taken to her Instagram handle and had posted a twining picture with her baby girl. In the picture, we could see Smriti holding her little doll in her arms. The mother-daughter duo could be seen twinning in matching pink-colour headband and Minnie mouse t-shirt. Alongside the picture, Smriti had written, "2 months old today.#twinning Surround yourself with positive energy .. your mental wellbeing, your success, and your happiness depends on it!" 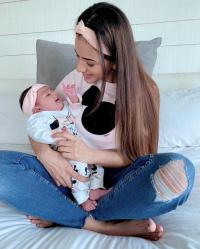 On the occasion of Mother's Day, Smriti Khanna's husband, Gautam Gupta, had wished the new mommy in the sweetest manner possible! He had shared a couple of pictures of her and their baby girl on his IG handle. One picture that had stood out was of Smriti holding her little munchkin while their pooch had lovingly looked at the little wonder. Gautam had captioned the pictures as "Happy First Mother's Day my love!" (Also Read: Niki Walia Of 'Astitva' Fame Posts A Throwback Wedding Picture Flaunting An Offbeat-Coloured Lehenga) 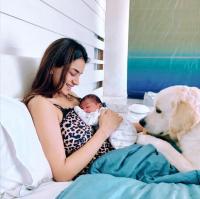 Did you know that it had taken 20 days for the newbie parents, Smriti Khanna and Gautam Gupta to decide the name of their baby girl! Smriti had told the Hindustan Times that after 20 days of brainstorming they had come up with the name, Anayka. She had further revealed what 'Aanyka' means and had added that it denotes powerful and complete. She had said she feels Aanyka is an apt name for her daughter. The actress had also said that she had wanted a baby girl and her wish has come true, and this had made her Mother's Day even more special. (You May Also Like: Dia Mirza Shares A Cute Childhood Photo And Netizens Are In Awe Of The Actress' Bewitching Smile)

Well, we loved the picture of Smriti Khanna and her little munchkin! What about you? 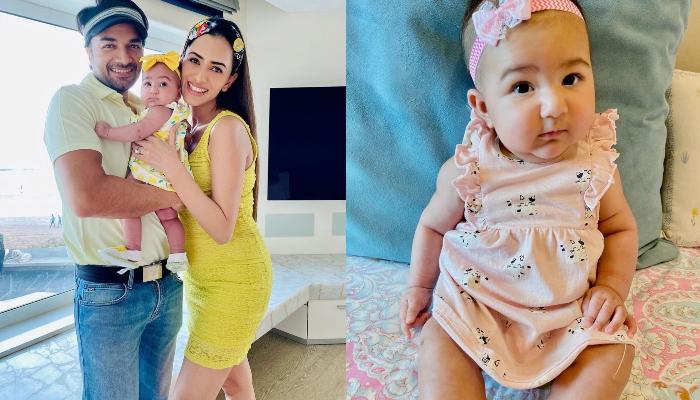 For a woman, the moment she looks at the red lines on her pregnancy test kit, she starts acting like a mother. She eagerly waits to meet her little bundle of joy. While every mom-to-be rejoices the fact that she is going to embrace the new journey, she also gets a little