Bigg Boss 13 winner, Sidharth Shukla gives out a very useful and crucial tip to his married fans for the lockdown. Check out the deets inside! 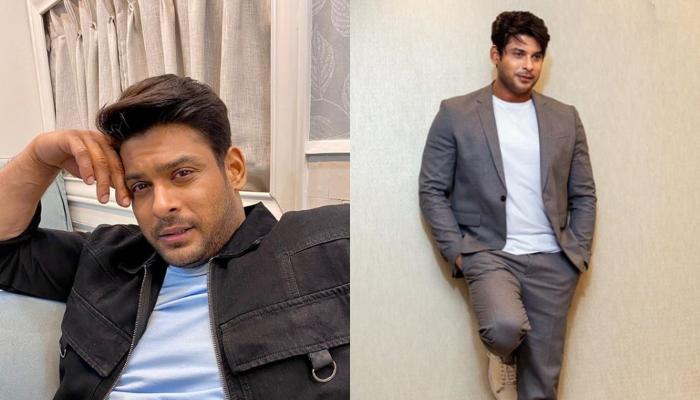 There's this very common question that fans love to ask their favourite celebrities, and most of the time, they don't have an answer to that. Even superstar Salman Khan does not have answers to this question, although everywhere he goes, he faces it. Okay, I know I am building the suspense here, but I am sure you would've guessed by now what question am I referring to. Yes, the question is, "When are you getting married?" Let' see who's the new target of this dreaded question and did he dodge it successfully or not. (Recommended Read: Ankita Lokhande Opens Up On Her Marriage Plans With Boyfriend, Vicky Jain, Deets Inside)

Ever since Sidharth had emerged as the winner of the reality show, Bigg Boss 13, rumours and speculations about him and Shehnaaz Gill have been torpedoing in the glamour world, courtesy to their amazing chemistry in the show. Sidharth and Shenaaz had garnered lots of fans, who fondly call them as ‘Sidnaaz’, and #Sidnaaz has broken some records on micro-blogging site, Twitter. While some news claim them to be together, other reports say they're just good friends. And we're eagerly waiting for at least one of them to come forward and deny/confirm the status. Anyway, Sidharth spilt some beans on his marriage plans, and you can't miss it. Scroll down to know more!

Sidharth Shukla is very active on social media and keeps on updating millions of his fans about his life and enjoys massive popularity. On the subject of how is he passing his quarantine, in an interview with Mumbai Mirror, Siddharth Shukla had said, "I’ve been doing chores like cleaning and cooking but it’s definitely not a regular thing. I tried cooking a couple of times but my mom did not quite like it. So, she’s taken back the cooking to herself and I’m happy about it." Bigg Boss 13 winner, Siddharth also took to his Twitter handle to ask his fans their well being and advised his married fans to fight with corona, not with the wife. That's some really useful advice considering the fact that there's one more week of lockdown left! Anyway, have a look at Siddharth's Twitter post.

Sidharth is known for his wits and amicable comebacks. He enjoys a massive fan following on social media, and his fans love his interaction sessions on Instagram, where they get to ask him questions. In one such interactive session, On March 2, 2020, Sidharth Shukla had gone live to interact with his fans on his Instagram handle. In a fun chat, some of the fans had asked questions about his professional life, but most of them were about his marriage plans and his infamous relationship with Shehnaaz Gill. However, Sidharth being Sidharth, he had tackled all the tricky questions with ease and had given a hilarious reply on his marriage plans. He had said,  “Shaadi ke baare main kya bataun, Shaadi ke liye log chahiye hote hain. Ab Sheila toh hun nahi ki khud se pyaar karunga.” (Also Read: Milind Soman Reveals How Things Have Changed Post-Marriage With Wife, Ankita Konwar)

After this humorous reply from Sidharth, a female fan had asked him whether he’ll invite her to his wedding or not. And the actor had replied, “Haan karunga, pehle hone to do, koi milne toh do.” There’s no denying that almost every single fan of Sidharth Shukla wants to know about his relationship status with Shehnaaz Gill his and marriage plans. During the live-chat session, one of Sidharth’s good friends, and ex-contestant of Bigg Boss 13, Devoleena Bhattacharjee too had asked him about his marriage plans. To which, he had retorted with a laugh and had said, “Nahi yaar Devoleena, abhi tak koi shaadi ke leye nahi mili. Teri nazar main koi hai toh bata mereko.” Talking about his friendship with Bigg Boss 13 finalist, Asim Riaz he had said, “Our friendship was really good.”

What do you think about Sidharth Shukla and Shehnaz Gill's chemistry? Let us know!