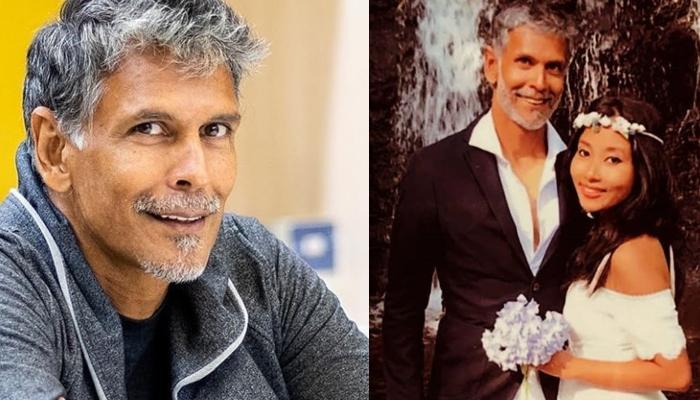 For better or for worse, your life does get changed significantly once you tie the knot! 'I' becomes 'we', 'me' becomes 'us' and this is one of the basic changes that two individuals go through once they take the 'saat pheras'. Marriage marks the new beginning of a couple's life and whether they like it or not but they have to adapt to all the changes. And fitness enthusiast, Milind Soman has completed two years of marital bliss with his wife, Ankita Konwar. (Recommend Read: Priyanka Chopra Revealed Nick Jonas' Reaction When She Switches Her American Accent To Indian)

Milind got famous for his 'oh-so-hot' looks and his fitness regime. But it was his marriage with Ankita that had made it to the headlines two years back. He had broken millions of hearts when he had said 'I Do' with the love of his life, Ankita on April 22, 2018. But not many people know, the duo had tied the knot thrice. Yes, they had first taken their vows at Alibaug, second time under a waterfall in Spain and the third time, at a place called 'end of the world'. 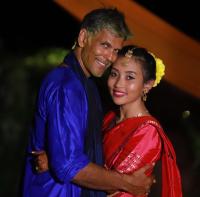 On April 22, 2020, Milind and Ankita completed two years of togetherness. Recently, in an interview with Pinkvilla, Milind opened up on post-marriage changes and said, "The biggest thing is that earlier I never asked anyone in my life, whether I should do this or that, or how will anyone react if I did something, not my family, even my mother, or even discuss with anyone, nothing, I was never that person. But now of course with Ankita, I discuss everything single tiny thing. That is the big change, it is not just you anymore, there is another person who is very important."  (Also Read: Arjun Kapoor Trolls Kareena Kapoor Khan's Hubby, Saif Ali Khan After She Advises Him To Stay Home) 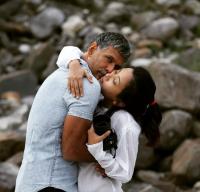 Milind also talked about his second-marriage anniversary plans and said, "Well, it was not what we wanted. It was fun but we just did an extra set of exercises. We climbed 300 floors in our building. Earlier, the plan was to go on a holiday, we had planned 2-3 months before but yes, it couldn't happen. But anyway it is nice, it is fun. Ankita keeps telling me she is happy I am stuck at home (laughs)." 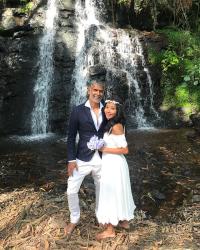 Milind had shared a lovely anniversary wish for his wife, Ankita on his Instagram handle. He had shared a series of pictures from their wedding and had written, "My day lights up when you smile, and I will do all I can to keep it that way its 2 happy years today, so happy earth day @ankita_earthy. P.S that's the only day I remember in the last 6 years that you were ready before me. Meri aankhon ne chuna hain tujhko… Dont know why I thought of that one." 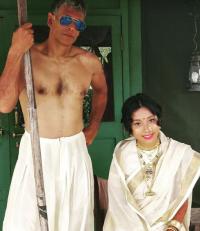 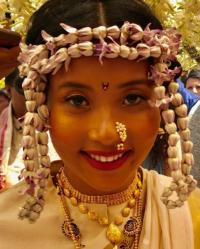 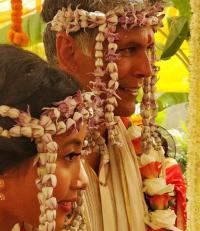 Earlier, in an interview with the Telegraph, Milind's wife, Ankita had shared how she informed her parents about Milind. She had revealed, "I told them it’s not that I have to get married to him or something… I am just informing you that there is somebody in my life and I really like that person and I will spend my life with him, whether it’s going to be a wedding or no wedding. My mum said: ‘Okay, maybe someday you will change your mind (laughs)’. And, after some time, they wanted us to get married." (Don't Miss: Ram Charan's Wife, Upasana Kamineni Looks Gorgeous In An Unseen Picture From Their Mehendi Ceremony) It has been more than two years since the 90s' heartthrob and model-turned marathoner, Milind Soman had tied the knot with his equally fitness enthusiast ladylove, Ankita Konwar. But even today, their age gap of 26 years grabs the headlines and it reflects the negative side of the society which still