Sidharth Shukla's Hilarious Reply To Fans Asking Him About His Marriage Plans, Says 'I'm Not Sheila'

Sidharth Shukla's Hilarious Reply To Fans Asking Him About His Marriage Plans, Says 'I'm Not Sheila' 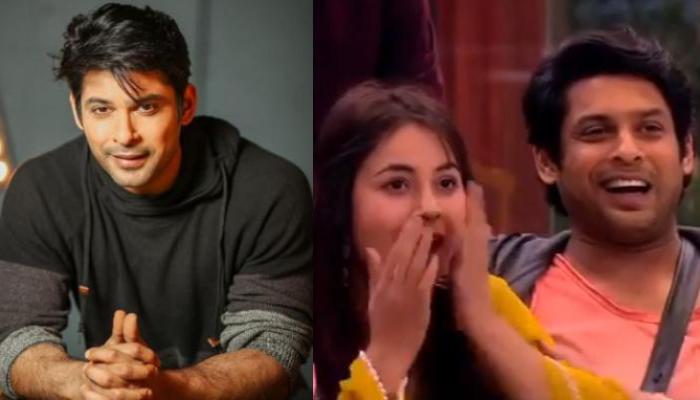 In life, we often come across a lot of circumstances, when explaining yourself to the world all the time becomes a turbulent thing. Sometimes, all you have to do is keeping a tap on your wishes, dreams, and life, without thinking about the world. And when it comes to relationships, you feel that you can’t operate when you end ties with the one, who was once added as ‘favourite’ on your contact list. But the important thing is to accept the change and move on in your life. (Recommended Read: Arjun Kapoor Accompanies Malaika Arora And Her Son, Arhaan Khan For Joyce Arora's Birthday Bash)

Falling in love and heartbreaks are just a common part of the Bigg Boss house. Some contestants get their true love in the house, while some go out with broken hearts and some fall in love inside the house and break up the moment they get out. However, in the recently ended 13th season of Bigg Boss, we had witnessed some of the most heartbreaking break-ups and some surprising love stories too. But one person, who was right at the core of everything, is the show’s winner, Sidharth Shukla. Recently, during his live chat session, he talked about his marriage plans and friendship with Asim Riaz.

On March 2, 2020, Sidharth Shukla went live to interact with his faithful fans on his Instagram handle. The fans were pleased and excited to see him coming live after so many months. Some of the fans asked questions about his professional life but most of them were about his marriage plans and relationship with Shehnaaz Gill. However, the actor has tackled all the tricky questions with ease and hilariously denied that he’s not Katrina Kaif’s character, 'Sheila' from her iconic item number, Sheila Ki Jawani. He said “Shaadi ke baare main kya bataun, Shaadi ke liye log chahiye hote hain. Ab Sheila toh hun nahi ki khud se pyaar karunga.” (Don't MIss: Nita Ambani And Tina Ambani Bonding On Kokilaben Ambani's 86th Birthday Gives Jethani-Devrani Goals)

After hearing this humorous reply from Sidharth, a female fan asked him whether he’ll invite her to his wedding or not. And the actor replied saying, “Haan karunga, pehle hone to do, koi milne toh do.” There’s no denying that almost every single fan of Sidharth Shukla wants to know about his marriage plans and the rumours of him and Shehnaaz Gill in a relationship. However, during the live-chat session, one of Sidharth’s good friends, Devoleena Bhattacharjee has asked him about his marriage plans. To which, he responded with a big laugh and added, “Nahi yaar Devoleena, abhi tak koi shaadi ke leye nahi mili. Teri nazar main koi hai toh bata mereko.” No wonder, the actor was in full mood during his live session and has also reflected on his friendship with Asim Riaz and said, “Our friendship was really good.”

Well, it was indeed a terrific live chat session for the fans of Sidharth Shukla as he answered all the controversial answers in his trademark cool style. Talking about Sidharth Shukla and Shehnaaz Gill, then we still don't know, whether they felt something for each other or it was just a part of the game. That is the reason why they are unable to erase all the memories and hopes of seeing ‘Sidnaaz’ together in future. However, in the episode that had telecasted on February 11, 2020, renowned TV anchor, Rajat Sharma had visited the Bigg Boss house and had asked a few straight forward questions from the contestants. When Asim Riaz’s turn came, he had revealed a shocking truth about the bond of Shehnaaz Gill and Sidharth Shukla. The fitness influencer had revealed that it was Paras Chhabra who initially told him that Shehnaaz’s make-up artist has advised her to make some bond with Sidharth Shukla. The reason is the fact that Sidharth Shukla is extremely popular outside and his limelight is going to help her too.

Listening to the shocking statements of Asim Riaz, both Shehnaaz and Sidharth went in a moment of shock. But, the actress had quickly lashed out at Asim and had explained her side of the story, stating that her make-up artist had advised her to be more expressive about her feelings for someone she loves. If I have feelings for someone in the house then I should show those feelings to that person and it is the only advice that her make-up artist gave to her. In the end, Shehnaaz fired-back at Asim stating that he is saying all these things just for some limelight. As for now, both Sidharth and Shehnaaz are living in their respective lives peacefully but sparks like these are still inevitable. (Also Read: Neena Gupta Urges Women Not To Fall In Love With A Married Man, Talks About Her Personal Experience)

Do you think Shehnaaz and Sidharth make a good couple? Let us know! 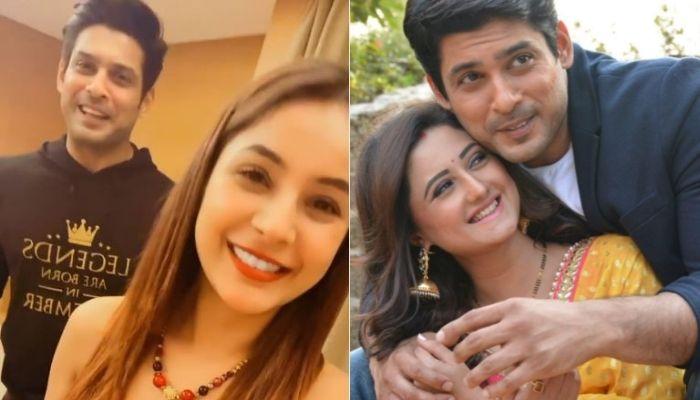 Bigg Boss season 13 was hands down one of the craziest seasons in the history of the reality show. From intense fights to intense love, the fans were in a treat for every emotion. The show had given fans some jodis to cherish for a lifetime and one of them