On February 24, 2020, the head of the Ambani clan had turned 86 and to mark the special occasion, the family had hosted Shrimad Bhagwad Saptah. The Ambani ladies had performed to make the day special.

If we talk about business fraternity in India, it’s hard not to mention one of the world’s top 10 richest families, the Ambani clan. Reliance Industries Ltd (RIL) chief, Mukesh Ambani, son of late Dhirubhai Ambani and Kokilaben Ambani, took his father’s legacy to a whole new level. After the demise of Dhirubhai Ambani, it was his wife, Kokilaben Ambani who made sure that her sons, Mukesh and Anil Ambani maintain a cordial relationship. A lot is talked about the ladies of Ambani clan, Nita Ambani and Tina Ambani, but not much is known about their mother-in-law, Kokilaben Ambani. (Also Read: Unseen Childhood Pictures Of Isha Ambani, Akash Ambani And Anant Ambani Reflects Their Loving Bond)

There has been no instance when we had spotted the Ambani clan at any event or function without the head of the family, Kokilaben Ambani. Following the footsteps of her mother-in-law, Nita Ambani and Tina Ambani are also acing their roles, personally as well as professionally, and are exemplars of wonder women. Kokilaben Ambani has evolved gracefully with time and floor us with her simplicity. On February 24, 2020, the head of the Ambani clan had turned 86 and to mark the special occasion, the family had hosted Shrimad Bhagwad Saptah. A video had gone viral from the Bhagwad Katha Saptah, which was a seven days paath dedicated to Lord Krishna and we could see Nita Ambani calling the family together to perform aarti. And in other videos that emerged on the social media, Nita Ambani and Tina Ambani along with Isha Ambani Piramal, Shloka Mehta and Radhika Merchant could be seen performing garba followed by the younger generation performing on Kaun Kehte Hai Bhagwan Aate Nahi. Check out the videos and pictures: 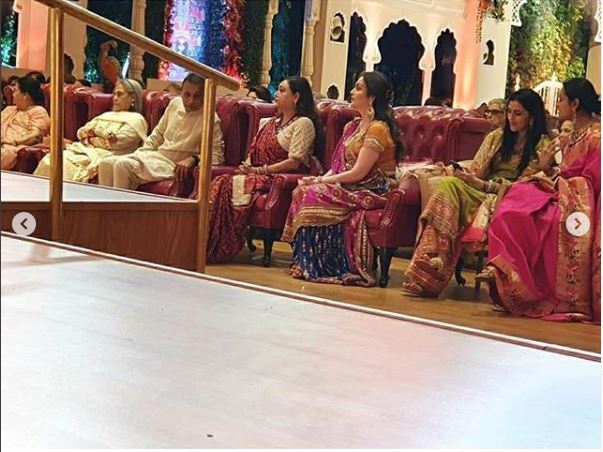 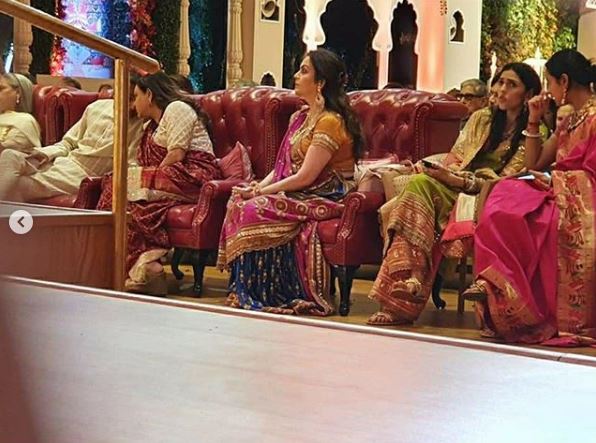 To mark her mother-in-law, Kokilaben Ambani’s 86th birthday, Tina Ambani had posted a family picture on her Instagram profile along with a one in which she is posing with her saasu maa and the other one with her husband, Anil Ambani posing with his mother. She had captioned the pictures as "Mummy, you are an inspiration for us all, each and every day, in myriad ways. Thank you for being who you are. Happy birthday!" (Also Read: Radhika Merchant's Yellow Anarkali For Sister's Mehendi Ceremony Will Make You Say, Hello Sunshine!)

Hailing from Jamnagar, Kokilaben had married Dhirubhai Ambani when he was not a business tycoon and it was only with her support and his hard work that he succeeded in establishing a business empire. Bollywood film, Guru starring Abhishek Bachchan and Aishwarya Rai Bachchan is inspired by the life one of India's biggest industrial tycoons, Dhirubhai Ambani. Kokilaben has always lived a simple life and is a spiritual woman, who believes in the importance of religion in daily life. And she made sure to inculcate the same values of simplicity and spirituality in her four children, Mukesh Ambani, Anil Ambani, Nina Kothari, and Deepti Salgaonkar. 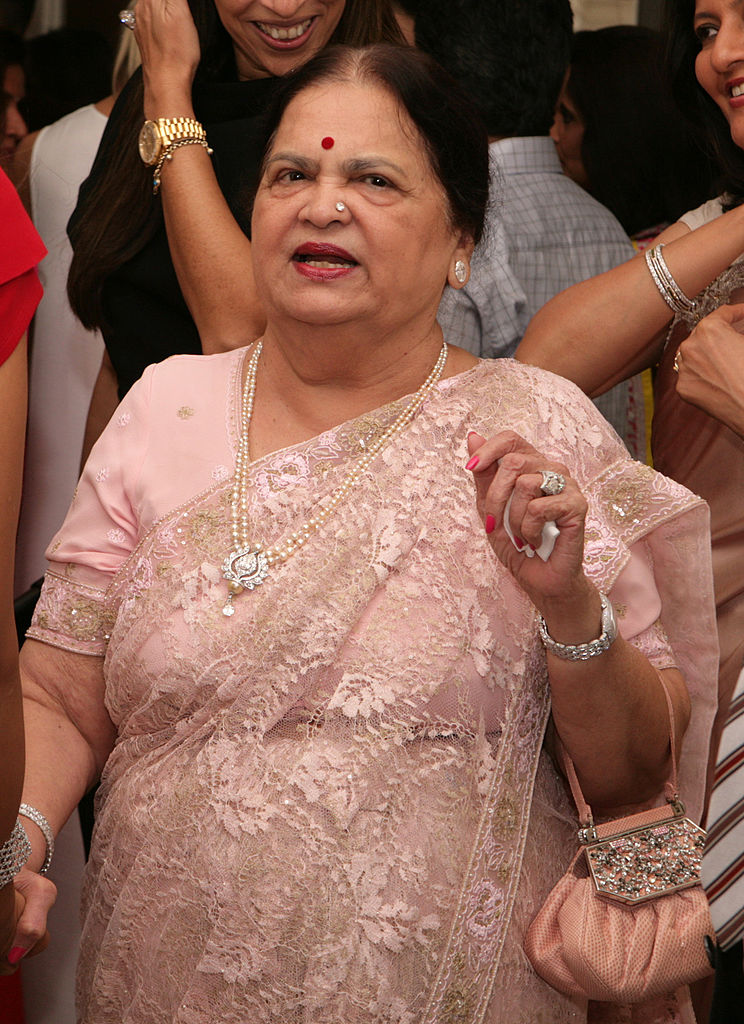 In an interview with Shobhaa De, Kokilaben Ambani had expressed how much she loves her daughters-in-law, Nita Ambani and Tina Ambani and talked about her sons, Mukesh Ambani and Anil Ambani. She was quoted as saying, “I love both my daughters-in-law - they are thoughtful and caring. I see Anil every day. Mukesh calls me the minute he gets into the car on the way to the office. Nita has a very good gym. I go there thrice a week for a massage. My children take good care of me. So do my grandchildren. There’s nothing to complain about. Anil is just like Dhirubhai. His restless nature reminds me of his father. His mind is always running (Anil nu magaj har time daudey chhey).” 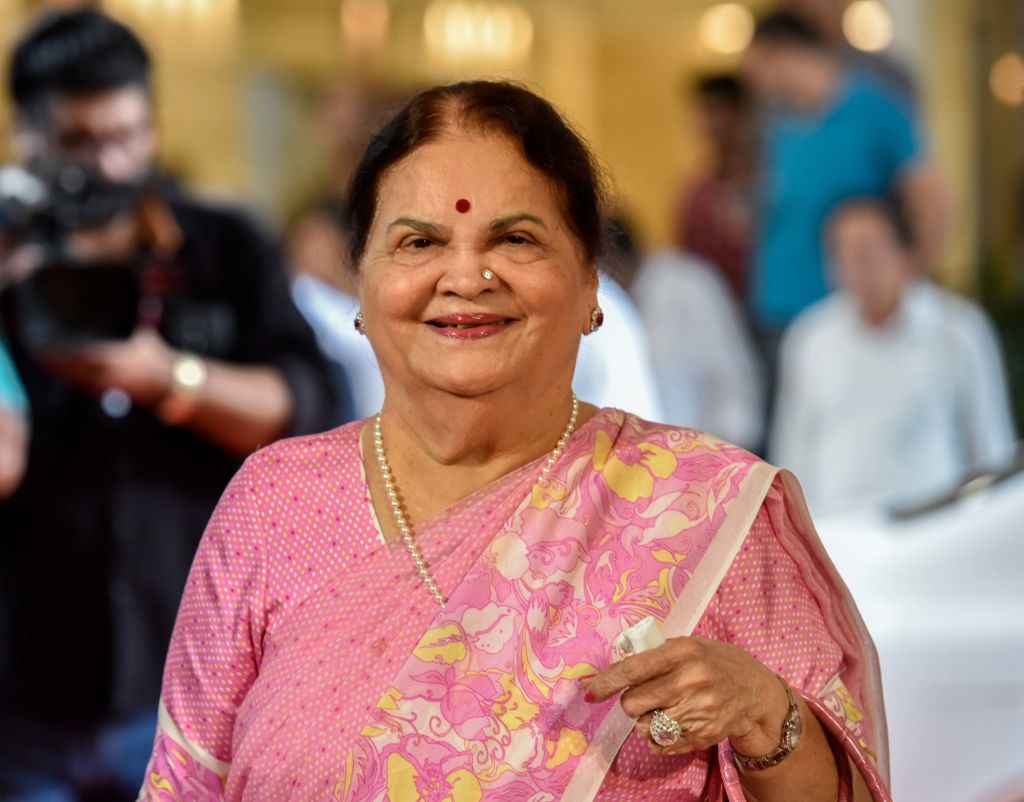 The younger generation of the Ambani ladies, Isha Ambani Piramal, Shloka Mehta and Radhika Merchant too, make headlines with their every appearance. It isn’t the first time that we have gotten a glimpse of the trio flaunting their dance talent on-stage. It was in May 2018 when Isha had exchanged rings with the love of her life, Anand, and the nation had gotten introduced to the probable soon-to-be choti bahu of the Ambani clan and Anant’s girlfriend, Radhika. In a video that had gone viral from Isha and Anand’s engagement bash, Radhika had garnered the limelight with her performance on Ghoomar with then brides-to-be, Isha and Shloka. Though there has not been any official confirmation on Radhika and Anant's relationship by the Ambanis, gestures and pictures do not lie! (Also Read: Nita Ambani Reveals How Much Pocket Money She Used To Give Akash, Isha, Anant To Make Them Value It)

We wish an eternity of happiness to Kokilaben Ambani!