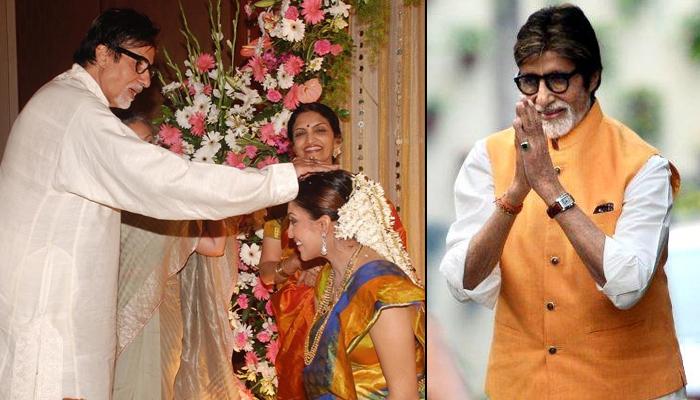 The superstar of the millennium, Mr Amitabh Bachchan is the name that needs no introduction. He has been ruling our hearts in his glorious journey of five decades in the industry. From being an ‘angry young man’ in the 80s to a young boy suffering from Progeria, Amitabh Bachchan never failed to spill his magic on-screen. Amitabh ji not only represents a generation of actors in the industry but the entire being of Hindi cinema. With such a baritone voice and immense dedication, he became the definition of an actor and proved that hard work does pay off. (Also Read: Despite Many Link-Ups, Legends Jaya-Amitabh Have Been Together For 44 Yrs; A Time-Tested Love Tale!)

It has been a tradition going on for years when Amitabh Bachchan greets his fans at his Jalsa doorstep almost every Sunday morning. Sharing the pictures from one of his greet-meet with his fans, the Thugs of Hindostan actor thanked everyone for the wishes through Twitter. He tweeted on his 76th birthday, “To all that have wished me, to all that have sent greetings, to all that have kept with me all along, to all that have the gift of giving me longevity, to all with my LOVE”.

As Amitabh Bachchan turned 76 on October 11, 2018, the wishes started pouring in from the industry people, his fans, and his family and relatives of course. Amongst those wishes, one was from his daughter-in-law, Aishwarya Rai Bachchan’s sister-in-law, Shrima Rai. Because Aishwarya’s family has always preferred to stay out of the limelight as much as they can, her bhabhi Shrima never came in the media glare. Shrima has also been crowned with the title of Mrs India Globe 2009 and was one of the ten finalists in the international contest. 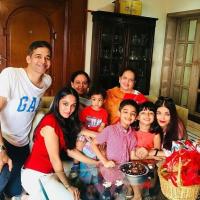 A blogger/influencer and model, Shrima took to her Instagram handle to wish the Shahenshah of Bollywood on his 76th birthday. She shared a picture from her godh bharai ceremony wherein Mr Bachchan can be seen giving her blessings, and wrote, “I am always asked what the veteran actor is like and I wish to say he is really sweet. Polite, larger than life, yes he is. But what I have always appreciated is his humility. This is a picture taken during my Ghod Bharai (traditional baby shower in India) and it’s just a sweet moment. Happy Birthday @amitabhbachchan Ji”. (Also Read: Power Couple, Amitabh Bachchan And Jaya Bachchan Declare Assets Worth Rs 1000 Crore, Details Inside) 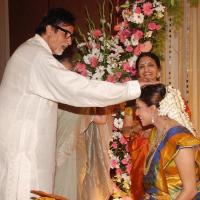 Even Aishwarya posted two pictures on her Instagram handle and posted it with two wishes for her father-in-law. One wish, which is from her side could be read as, “MAY THE LIGHT KEEP SHINING GOD BLESS. HAPPY BIRTHDAY PA”, and another one is from little Aaradhya, “HAPPYYY 76th BIRTHDAY Dadaji”. Here are both the photographs that she shared: 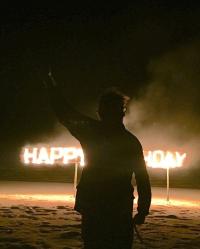 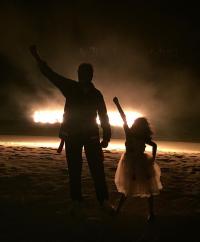 In a birthday special interview that he posted on his Twitter when he was asked about his ideal birthday plan, Amitabh ji shared, “Yes, that would be ideal but I would like to have my family with me, particularly my grandchildren!” While a source close to the family revealed that this would be a quiet birthday for the actor as he is in no mood for the celebrations. The reports stated, “Shweta (Big B’s daughter) lost her father-in-law Rajan Nanda a few months ago, and her mother-in-law Ritu Nanda recently lost her mother. Krishna Raj Kapoor also passed away recently, and Rishi Kapoor, who’s one of Mr Bachchan’s favourite co-stars, is currently in the US seeking treatment for a serious ailment. Considering the sombre mood that’s prevalent, Amit ji is in no mood for birthday celebrations.”

In the episode aired on October 11, 2018, the team of Kaun Banega Crorepati planned a birthday surprise for him wherein an audio clip will be played for him, in which his mother, Teji Bachchan can be heard singing a song. This sweet gesture left him speechless and teary-eyed. Amitabh Bachchan was so close to his mother, who passed away in 2007, that he got touched with his emotional birthday gift. (Also Read: Amitabh Bachchan Gets Emotional After Hearing An Audio Clip Of Late Mother Teji Bachchan On KBC Sets)

We wish ‘The Superstar of Bollywood’, Mr Amitabh Bachchan a very happy birthday!