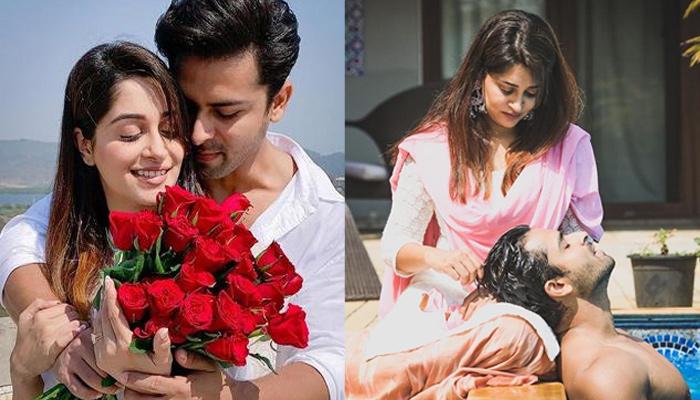 Dipika Kakar Ibrahim and her hubby, Shoaib Ibrahim’s PDA has always grabbed headlines. The mushy captions that they write for each other, she embracing his festivals, being there for each other and their families, cooking three course meals for hubby on festivals, to throwing surprise parties even after suffering from severe ailments, Dipika and Shoaib redefine #CoupleGoals! (Do Read: Sana Khan Is Proud Of Her New-Found Love Melvin Louis For A Valid Reason, Calls Him 'Mere Daaku')

While we were always aware of their social media PDA, little did we know about how much they care about each other until Dipika entered Bigg Boss season 12 and was crowned as its winner! While Dipika was busy playing the ‘mind game’ from inside the house, hubby, Shoaib left no stones unturned and spared none when someone tried to shame Dipika. Remember, during the first task when Dipika made a mistake and could not become a captain? Hubby Shoaib had then written this in support of his wife, “Making errors and mistakes is human, but owing upto it, accepting it with grace and working on it is what makes you a better human. Proud of you Dipi, for being who you are, and that’s what makes you different. Hamesha tumhare saath hu.” Here is the screenshot:

We had then completely understood that Dipika will always have hubby, Shoaib’s back, no matter what. And this couple is back once again, to woo its audience and fans with their sizzling chemistry. Two pictures shared by the doting wifey had Shoaib look steaming hot from inside the pool, all drenched in water, while Dipika was gazing lovingly at her dapper hubby. Another set of pictures posted by the doting hubby, had them looking extremely stunning! Captioning the picture with just a heart emoji, these pictures would surely make you drool! 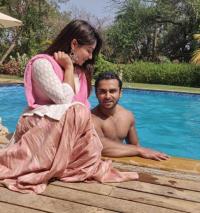 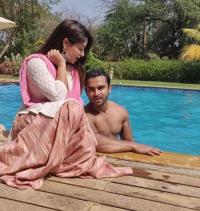 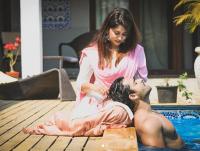 And it totally did, right? It was Valentine’s Day on February 14, 2019, the first one for this couple after getting married. On the occasion, Dipika and Shoaib posted similar dreamy pictures from their respective social media handles, clad in all white with red roses in her hand. While Dipika wrote, “Its a day of Love, but its not just today your love enlightens my life each day!! Thank you for holding my hand and being the perfect one for me ... the love of my life!!! Happy Valentines Day @shoaib2087”, Shoaib captioned the pictures as, “Just a day when I get an additional reason to say how much I Love You!! Happy Valentines Day @ms.dipika.” Here are the pictures: (Also Read: Kapil Sharma On Being Consumed By Alcohol, His Mother's Single Gesture Made Him Kick Alcoholism) 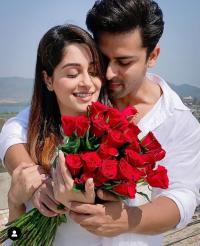 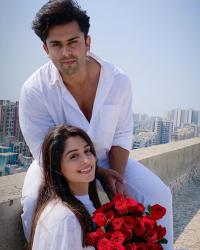 Sometime back, Dipika shared a series of pictures from their Goan holiday, where the duo was totally fooling around with each other. Dressed in all casuals, while one picture has Shoaib goof around with Dipika by holding him from the neck, the other picture had the beautiful actress, pull her husband’s cheeks! Sharing the pictures, Dipika had a very important message for her hubby about what love is all about and wrote, “”PYAR DOSTI HAI” Jab tak wo mere sabse achche dost nahi ban jaate main unse pyar kar hi nahi sakti…P.s: filmy pati ka Asar.” Here are some of the pictures from the lot: 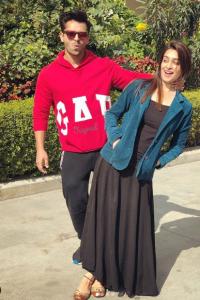 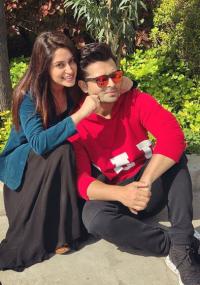 Aren’t they amazing? In an earlier interview with TOI, Dipika shared about herself and Shoaib. Speaking about her hubby, she had stated, “I always say that Shoaib is very lucky for me. He is like a lucky charm in my life." Further adding, “I was enjoying and living the housewife life to the fullest. I am a complete homemaker now. I also helped Shoaib in his work at that time. Overall I was having a gala time.” 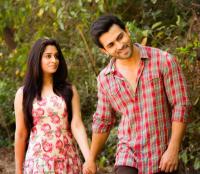 A month after their wedding (March 2018), Shoaib shared interesting details about their marriage in an interview with Hindustan Times. When asked about how much life has changed for Shoaib, he had shared, “Dipika and I have known each other for a long time for anything to change much. It’s just the formality and tagging the relationship with the marriage brand that has changed. But yeah, I feel we both have become more caring towards each other and there’s more love [now]. Also, the fact that we live together now and come back home to each other is a beautiful feeling.” (Next Read: Has 'Naamkarann' Actor Zain Imam Found Love In 'Ik Waar' Actress, Zaara Yesmin? Details Inside) 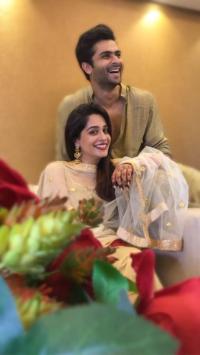 There were multiple rumours and conjectures about Dipika converting to Islam for getting married to Shoaib. Confirming the same with The Times of India, the Qayamat Ki Raat actress once shared, “Joh sach hai woh hai (Truth is the truth). It's true I have done it, but why and when I have done it, don't think it needs to be talked about. I think it is a very personal matter and I don't think I need to talk about it openly in front of the media. For the audience and media, we are actors have always shared everything. All our happy moments we have shared with you all, but this I think is a very personal space and I don't give anyone the permission to enter the space. Definitely, it is true and I am not denying it. I am very happy and proud that I have done it for myself and my happiness. My family was with me in this decision and my intentions were to hurt anyone. This is my decision.” 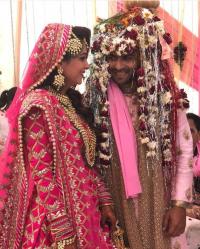 Dipika and Shoaib, you make for an amazing couple! Guys, how did you like their wedding pictures? Keep us posted!