Kapil Sharma, one of the most entertaining comedians of India, tasted both success and failure, in a short span of time. With his self-hosted comedy show in multiple channels roaring tremendous success with magnificent TRP scores, a couple of controversies that engulfed Kapil last year, made us wonder if ever will the Firangi star resurface his fading stardom. Removing every ounce of doubt, Kapil once again embraced success, both personally and professionally last year and we couldn’t be happier! (Do Read: Has 'Naamkarann' Actor Zain Imam Found Love In 'Ik Waar' Actress, Zaara Yesmin? Details Inside)

Elaborating more about it, Kapil married the love of his life, Ginni Chatrath on December 12, 2018, at a low key wedding and hosted as many as three wedding receptions. The same month, he once again launched his own show, The Kapil Sharma Show which is doing extremely well as per TRP ratings. Speaking specifically about his wedding, Kapil and Ginni looked mesmerising in their bridal avatars. Want to take a look at them? Checkout the same here: ‘They look so happy and good together’- is something that must be running in your mind, but do you know, that the years 2017 and early 2018 gave the comedian a tough time? From ugly brawls with his co-stars to cancelling shoots due to excessive alcoholism, Kapil Sharma had also taken the help of rehabilitation centres to help him come out of his alcohol mess. A few days back, Kapil was seen in Chandigarh, to encourage the citizens about creating a ‘drug free India’. Revealing inside scoops of Kapil’s conversation, a source shared with DNA, “Kapil spoke about how he was consumed by the bottle. He recalled seeing his mother break down. That’s when he decided to kick the habit.” 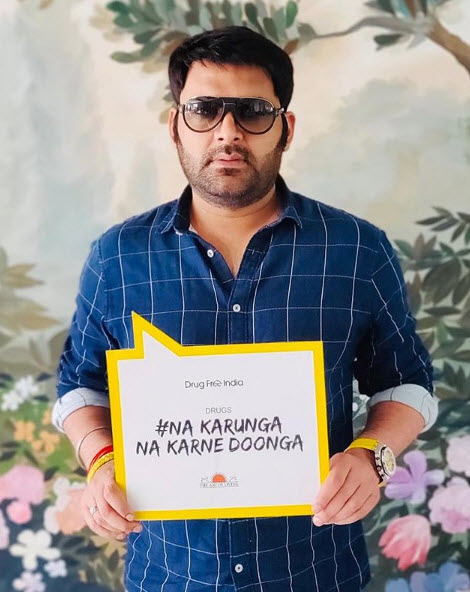 In an interview with DNA, Kapil had spoken about his alcoholic habits, “Yes. Even after going to Bangalore, I stayed there for 15 days and they went great. They wanted me to stay there for 40 days and they wanted to control my lifestyle because I had a weakness and my food habits here were disturbed. But once I came back, I started drinking again. Again when I came back to Mumbai, to my same house, the same things started running in my mind and I again took to the bottle. Then, I realised that this isn’t the solution to it because it depresses you even further. When I keep working, I stay happy. But now, I’m busy with this film and the mixing, so now I don’t have time to do all that which is good.” (Must Read: Sonam Kapoor's Hubby Anand Ahuja Reveals What Happened When He Saw Her First Time) 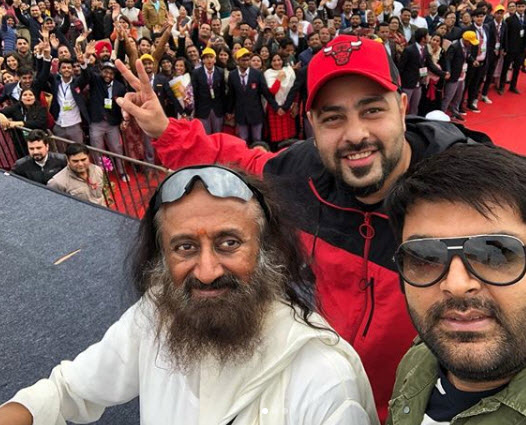 He had further added, “No one stops drinking, kisi ke kehne pe. But there comes a time in everyone’s life when they just give it up. Although, even at a party in Dubai, when all the actors had travelled with us, they were all drinking but I wasn’t. I didn’t even touch it and I had made up my mind. That was last November. So three months, I didn’t drink at all. Again in February, there was a lot of fog when we were shooting and dil kar padha so socha ki chalo udhar thoda sa kar lete hain. (Laughs) There were a few problems in life and 50 things were happening at the same time. The fog had delayed my film, then an artist passed away and uske upar we had to go to Australia. When a man is upset, you lose the perspective of thinking what should be done that time. I didn’t have an elder guiding me. I stay alone here, so yes, the bottle was there and I just started drinking.” Letting bygones be bygones, let us once again update you about some ‘happy happy’ things, pertaining to his and Ginni’s marital bond. On account of Valentine’s Day 2019, Kapil was asked by Pinkvilla about his and Ginni’s V-Day and honeymoon plans. Speaking about the same, the doting hubby stated, “I don't think I would have gotten a better partner than Ginni. After wedding, I am not going for honeymoon but to Film City. Imagine! and she (Ginni) hasn't complained once. She tries to find happiness in mine and knows that I love working. My team tries to give me a few days off in between so that Ginni and I can go on small trips but we haven't gone on a honeymoon as yet. We are planning a honeymoon next month though." Further speaking about his Valentine’s Day plans, Kapil had shared, “I think we will shooting only this Valentine's Day. Before I can plan anything for her, she plans something. I am sure she has planned something. We were thinking of going on a trip with out team post shoot actually. Ginni is very happy because the entire team loves her and she shares a good equation with them.” (Next Read: Ranveer Singh Says 'Yeh Toh Meri Wali Hai' While Guessing His Wife Deepika Padukone's Name In A Game) 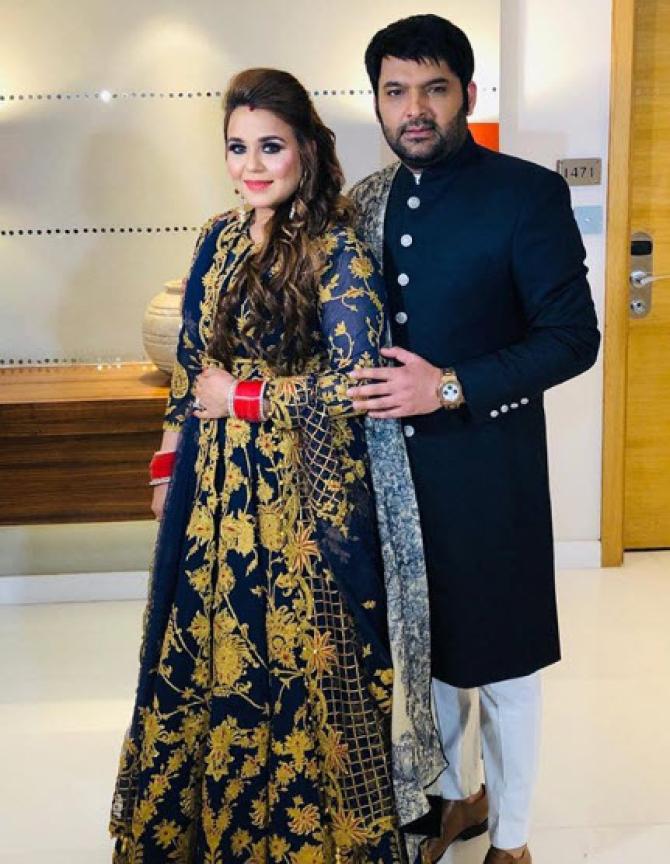 That’s amazing! Guys, what extra mile do you go to take care of your partner? Keep us updated!