Ever since we had spotted Shloka Mehta on her engagement party, we have been crushing over her dress sense and style statement. Recently, we stumbled upon Shloka's picture which was breathtaking.

Magnificent, splendid, grandeur, extraordinary, impressive- all these words are synonyms for one of the richest family of Asia, the Ambanis. Every wedding, festival or an event becomes grand with the mere presence of the Ambanis and we can never help but gape at the breathtaking pictures of the family that we stumble upon on the internet. From oh-so-gorgeous outfits with stunning jewellery, the ladies of the Ambani family are always an inspiration to many for style statements. Whether they are dressed in an Indian attire or an evening gown, Nita Ambani, Shloka Mehta and Isha Ambani Piramal never fail to impress us with their ethereal looks! (Recommended Read: Madhurima Tuli's Mom, Vijaya Bashes Vishal Aditya Singh For Using Her Daughter's Name For Limelight)

Mukesh Ambani and Nita Ambani’s son, Aakash Ambani had tied the knot with Shloka Mehta on March 9, 2019, and it was the biggest wedding of the year. Ambani’s badi bahu, Shloka has made her own individual identity and is not just an Ambani bahu. Her simple yet regal looks with minimal makeup have always been a head-turner. Whenever there is a family wedding or a social event, Shloka has always managed to grab the attention with her simple yet striking ensembles and there isn’t any designer ensemble that she can’t carry with grace! 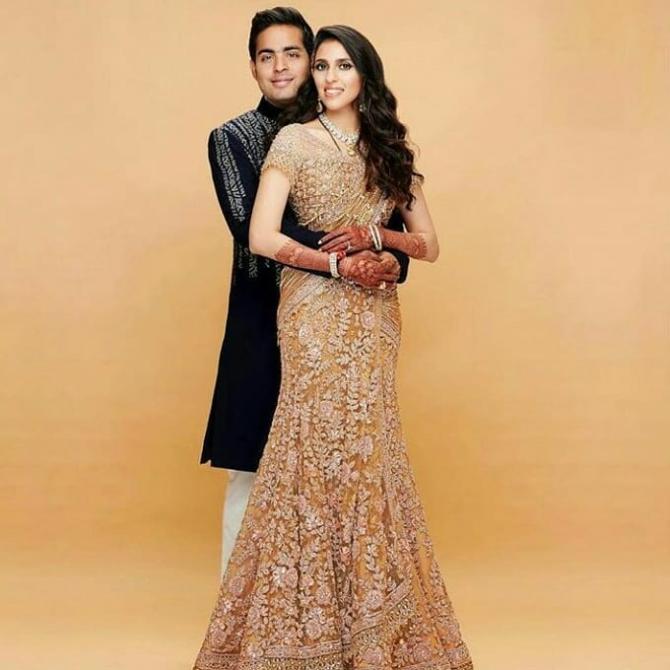 Whenever the lady steps out of Antila, the internet is flooded with her pictures and the same thing happened recently also. While scrolling through our Instagram handle, we stumbled upon some gorgeous pictures of Shloka Mehta that have gone viral on the internet. Shloka attended the pre-wedding function of Mukesh Ambani and Anil Ambani’s nephew, Arjun Kothari. In the pictures, Shloka looked stunning in a single shoulder red lace mini dress which she has complemented with floral diamond danglers with white Greek-style slippers. And yet again Shloka has given us major date night dress inspiration. Here are the pictures shared by Shloka’s makeup artist Ojas Rajani:

For the unversed, Shloka Mehta is the daughter of a diamond merchant, Russel Mehta. Despite being a diamond heiress, Shloka is more inclined towards Philanthropy and in an interview with ETPanache, she had talked about the same. She was then quoted as saying, “I’ve never had an interest in the business. I think the diamond industry is not very friendly to women. It’s changing [but] most women typically become jewellery designers or they work in human resources...those kinds of roles. I don’t think that I have the creative aesthetic sense to be a designer.” (Suggested Read: Radhika Merchant Repeats Her Lehenga From Akash-Shloka's Wedding For Another Pre-Wedding Bash) 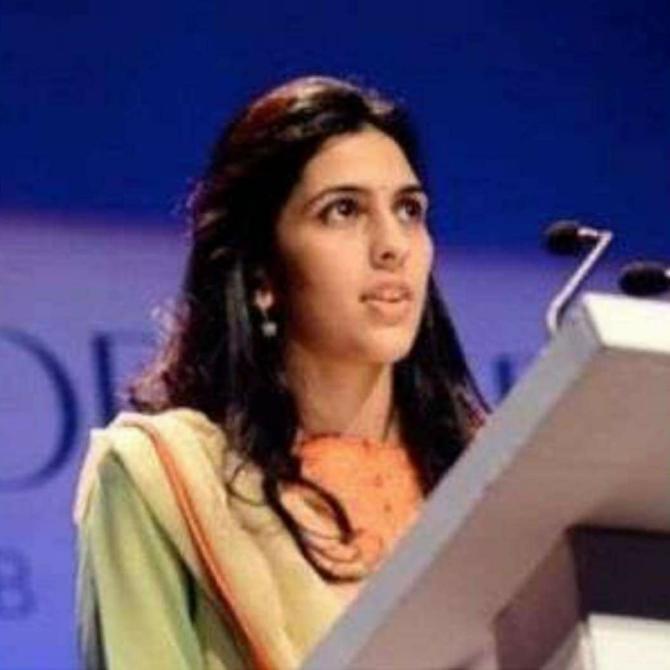 Shloka Mehta always wanted to do business in which she could see the impact that she can create. While her father, Russel Mehta and brother, Viraj Mehta manage the diamond trading company, her mother, Mona Mehta and sister, Diya Mehta are involved in Jewellery designing. Following her instinct, Shloka opted to work for the company’s philanthropic arm, Rosy Blue Foundation. During the same interview, Shloka had added further, “I had volunteered while I was in college. And even in Mumbai while I was down for my winter and summer breaks. So, I was very committed to joining the social sector. I studied at the Dhirubhai Ambani International School and the curriculum involved community service. I knew then that I wanted to continue with that.” Earlier, in March 2019, a few pictures from Shloka Mehta’s bridal photoshoot had gone viral on the internet which were enough to blow off our minds! Looking super-happy as a bride by donning herself in an all-red avatar, Shloka’s pictures were sure to give us major #BrideGoals. With very simple makeup, what looks like it, Shloka had wanted to divulge maximum attention to her wedding dress and exquisite jewellery. The Ambani badi bahu had gone by the bridal colour of red and golden and had teamed up her wedding ensemble with a heavy kundan necklace, maatha patti, nath and traditional earrings. Take a look at Shloka’s pictures from her bridal photoshoot: 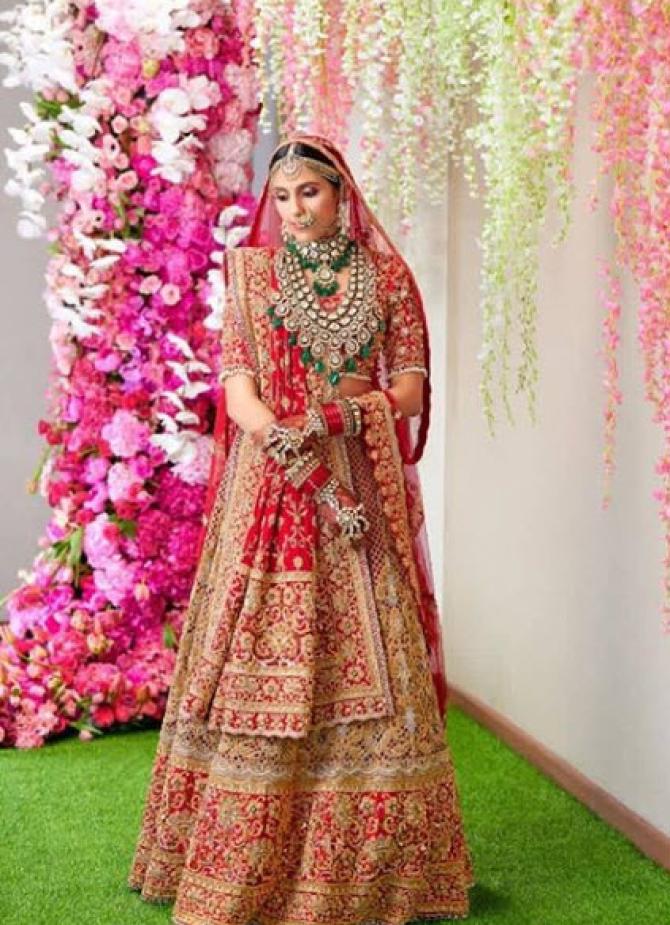 Akash and Shloka's wedding was celebrated as a grand festival, and it was the mother of the groom, who couldn't control her happy tears. Nita Ambani had bestowed a lovely gift to the newly married in the form of a poem that could be read as, "They went to Kindergarten to learn ABC, Not knowing — que sera sera — What their future would be…Gummy bears and jujubes, Sparkle pops and jelly beans… Sweetened their lives, From childhood through teens! Till glasses of milk made way for cups of tea… And the Sky fell in love with sweet Chants of glee! From ponytails and Barbies… From pranks and football… The years just blended… And, today they stand tall – With their eyes full of love With one single plea… Their hearts beat in rhythm Singing, “Will you marry me?” Today we bless them, and today we pray: All through their lives, on each golden day, May they always be there holding hands side by side May Gods shower their blessings on this groom and his bride!" (Do Read: Arpita Khan Sharma Wishes Aayush Sharma On 5th Wedding Anniversary With An Array Of Throwback Pics)

We can’t take our eyes away from Shloka Mehta’s beauty! What about you?