March 09, 2019, is a day that not only the Ambanis will celebrate for a lifetime, but it will also be etched in the minds of netizens too! With a never-seen-ever grand décor, extravagant sets and preparations being laid out for like a zillion pre-wedding festivities, Bollywood stars dancing their heart out at the dulhe ki mangal baraat to their fun-filled wedding rituals, Akash Ambani and Shloka Mehta are blissfully tied for eternity now. (Do Read: Shloka Mehta: Everything You Need To Know About Akash Ambani's Wife And Ambanis' Bahu)

It was only a while later when the first-ever pictures of the bride and groom from their wedding venue came in on March 09, 2019. With Akash Ambani and Shloka Mehta lovingly looking at each other, sister, Isha Ambani Piramal pulling her brother’s ears and their beautiful mother, Nita Ambani warding off evil from the then soon-to-be wed couple, after looking at the pictures our hearts yearned for more! Here are the images: 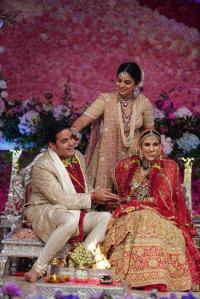 And now, a few pictures from Shloka Mehta’s bridal photoshoot has emerged which is enough to blow off our minds! Looking super-happy as a bride by donning herself in an all red avatar, Shloka’s pictures are sure to give us major #BrideGoals. With very simple makeup, what looks like it, Shloka wanted to divulge maximum attention to her wedding dress and exquisite jewellery. The Ambani badi bahu went by the the bridal colour of red and golden and teamed up her wedding ensemble with a heavy kundan necklace, maatha patti, nath and traditional earrings. Take a look at Shloka’s pictures from her bridal photoshoot: 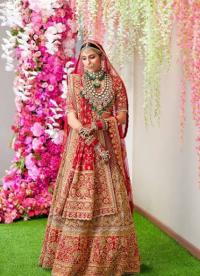 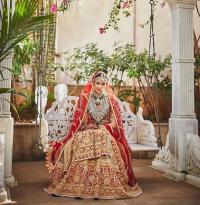 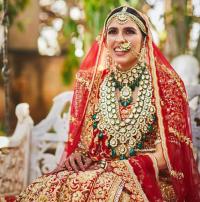 On March 12, 2019, the Ambanis had hosted yet another post-wedding bash in the honour of the musketeers, who toil hard to keep the nation safe. Thousands of members from Army, Navy, Paramilitary Forces, Mumbai Police, Railway Protection Force, and their families were invited at the bash. While this was a noble reason enough, another highlight of the show programme was a special musical fountain show called ‘Ananta Prem’ at the Dhirubhai Ambani Square which was conceptualised by Nita Ambani and was set on the theme of Krishna’s Raas Lila to symbolise an eternal love story. And that is how this unseen video from Akash Ambani and Shloka Mehta’s wedding reception has come by wherein, dancers performed to Mor Bani Thangat Kare with larger than life sized pictures of the couple flashing on the humongous screens! As heavenly as it sounds, take a look at the video here:

On the same occasion, Nita Ambani spoke about the event and stated, “We feel delighted and honoured that the protectors of this city and the nation are joining us in our celebrations. It’s an emotional and joyous occasion for us and we hope these heroes, who make us proud everyday, will shower their blessings on Akash and Shloka. We as a family very much identify with the city’s socio-cultural fabric and have deep respect and gratitude for the people who make it function, particularly our police, armed forces and city workers. It is at once humbling and immensely satisfying for us that we can share our joy with this great city, to which we owe everything.” (Must Read: Surbhi Tiwari's Mother-In-Law Gifted Her A Unique Silver Crown At Her Delhi Wedding Reception) 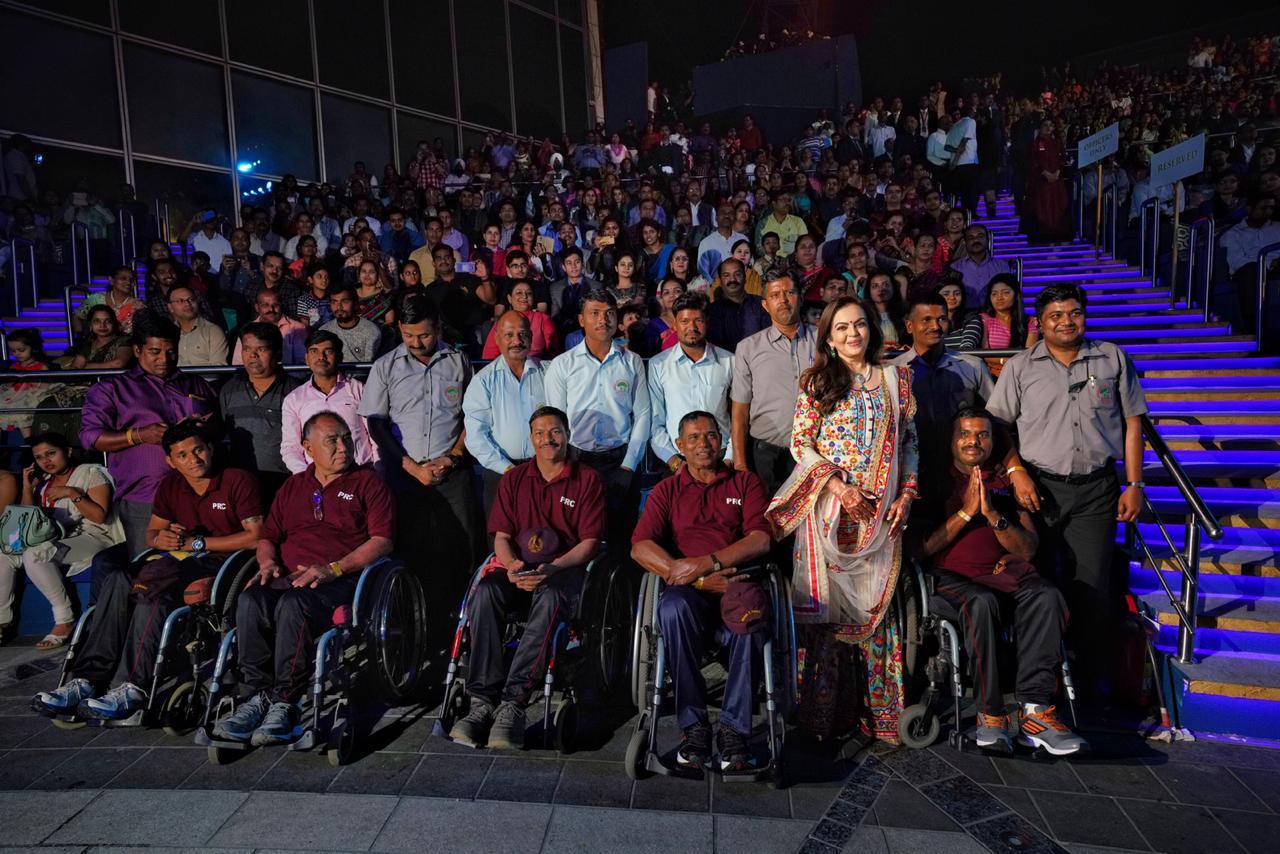 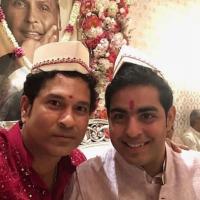 The statement could be further read as, “The Baaraat left from the Concourse through the Driveway amidst boisterous dancing and Masti...putting everyone in great spirits. More corporate Honchos and Bollywood celebrities joined the family in the Baraat Masti including Google's CEO Sunder Pichai, global heads of Bank of America, and JP Morgan, stars Ranbir Kapoor, Shahrukh Khan, Amir Khan, Priyanka Chopra, Abhishek and Aishwarya Rai Bachchan, Thalaiva Rajanikant, cricketers Yuvraj Singh, Hardik and Krunal Pandya and many more.”

It concluded with, “The Baraat will enter the wedding Hall within the Jio World Centre for the various ceremonies including Pokhwanu, Jaimala, Saptapadi, Kanyadaan etc. The guests will be treated to various delicacies from across the world as part of the wedding dinner. The wedding celebrations will continue on 10th and 11th March with lovely receptions and exquisite performances lined up. A key highlight of the receptions will be unheard of musical fountain cum dance show which integrates the mesmerising and colourful movements of the water fountain to a spectacular dance performance on stage and an aerial dance act right above the stage and the water fountain! In many ways, signifying the lyrical symmetry between water, earth and sky.” (Next Read: Priyanka Chopra Dances On 'Gud Naal Ishq Mitha' With Akash Ambani And Isha Ambani Piramal, Video)

How amazing is this! Guys, how did you like the pictures from Shloka's bridal photoshoot? Keep us posted!