After more than a decade of her marriage, Shilpa Shetty's mehendi artist, Veena Nagada spilt some beans on the design that the actress had wanted and how she had to settle for another design.

No matter how many times we had applied henna on our hands, the excitement of getting our bridal mehendi done is completely a different feeling and is cherished by every bride! Much like the bridal outfit, makeup and jewellery, the design of bridal mehendi is an integral part of the bride’s wedding look. From the holy mantras, portraits of your parents, your couple picture, quirky touch with your caricatures, love for your pets, your love tale, proposal story to the classic bride and groom portraits and the minimalistic designs, the bridal mehendi trends have evolved over the years and now, it is more about customising the design as per bride’s wish. Let’s see how in 2009, Shilpa Shetty Kundra had set a trend with her bridal mehendi design. (Also Read: Varun Dhawan And Natasha Dalal Beam With Happiness In These Unseen Pictures From Their 'Mehendi')

It was after Shilpa Shetty’s Big Brother win in 2007 when she had met Raj Kundra through a mutual friend and he had helped her promote her perfume label S2. Professional pursuits had led Shilpa to get acquatinted with the then UK-based businessman, Raj and in his own words, it was love at first sight and the moment he saw her, he knew he would love to have her as his life partner. Raj and Shilpa had kept their relationship under wraps and about a year later, he had popped the question to Shilpa. After sealing the deal with a formal engagement in October 2009, Raj and Shilpa had tied the knot in November 2009. The lovebirds had hosted a star-studded wedding reception at Grand Hyatt in Mumbai for her friends from the film fraternity. After more than a decade of her marriage, Shilpa Shetty’s mehendi artist, Veena Nagada spilt some beans on the design that the actress had wanted and how she had to settle for another design. In an interview with Times Now Digital, Veena spoke about the mehendi trend Shilpa had started with her wedding. Veena said, "The Lotus trend was started after Shilpa Shetty's wedding. She wanted the picture of Goddess Laxmi on her hands, in mehndi ceremony. Unhone bola tha Laxmi ji se mehndi start karna hai. We said bhagwan ko haath me nai kar sakte, as we eat. She wanted Lotus pattern, which was started by us. Lotus se start karwaya, which symbolised Goddess Laxmi." For her mehendi ceremony, Shilpa had opted for a pink sleeveless kurta and her groom, Raj had complemented her in a burnt orange bandhgala. 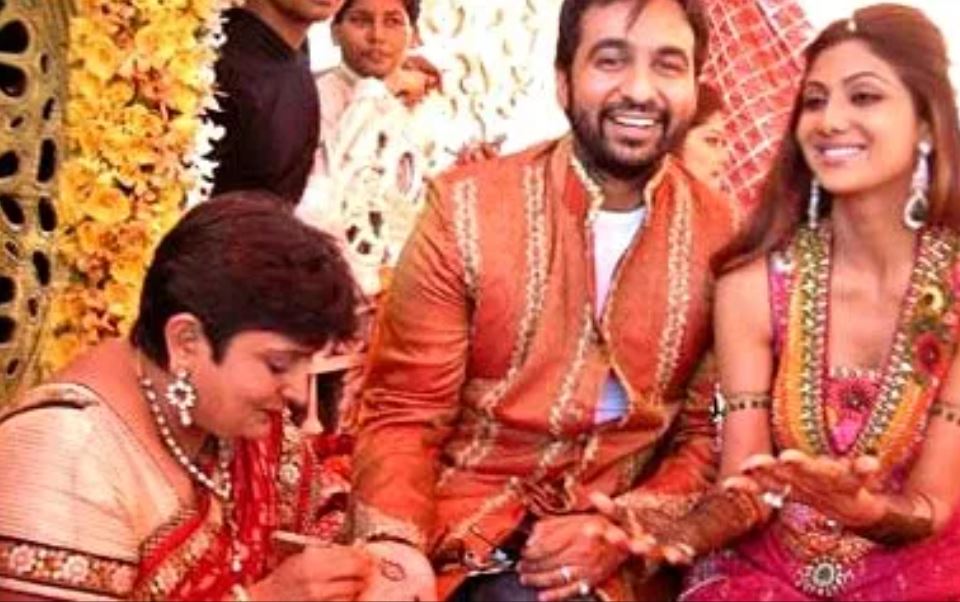 Veena Nagada also recalled the memories of Twinkle Khanna’s mehendi ceremony and how she was unaware until she reached the venue that it was the wedding of Dimple Kapadia’s daughter. Veena said, "Jaise Twinkle Khanna ki mehndi thi, I was not aware that I had to put on her hands. She had called me a day before her mehndi and had told me to come. I did not know that she had called me. I thought someone had ditched her. I just knew that a car would come to pick me. I asked the driver how was the bride. Subah mehndi thi and shamko shadi. She wanted the colour to come in one day. For me it was surprising. I had worn normal dress as was not aware, if someone was ditching me. I had gone and Dimple ji had opened the door. Twinkle ji was sitting and they were seeing the design. Twinkle wore a normal dress and said mehndi lagani hai." (Also Read: A Bride Wore Neha Kakkar's 'Mehendi Lehenga' With A Twist, Her Unique 'Kaleeras' Stole The Show) 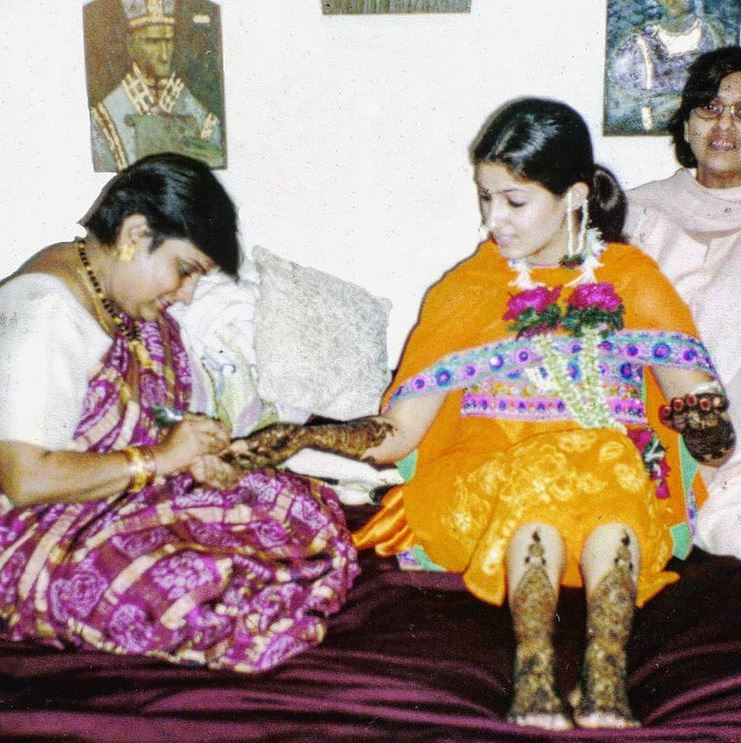 Speaking about Shilpa Shetty and Raj Kundra’s wedding, the couple had tied the knot as per Manglorean customs, keeping with the bride’s background. Shilpa had opted for a red saree by Tarun Tahiliani as she wanted to be a classic Indian bride. Shilpa’s bridal ensemble had featured intricate zardozi and aari hand embroidery, accentuated with Swarovski crystals arranged in paisley designs. Her bridal look was accentuated with regal rani haar, a heavy choker and matching earrings, all encrusted with uncut diamonds. Giving a modern twist to her wedding attire, Shilpa had sported an uncut diamond belt with her saree look, maatha patti, chooda, and a peacock-shaped arm accessory. Raj had complemented his bride in a red brocade sherwani by Shantanu & Nikhil. 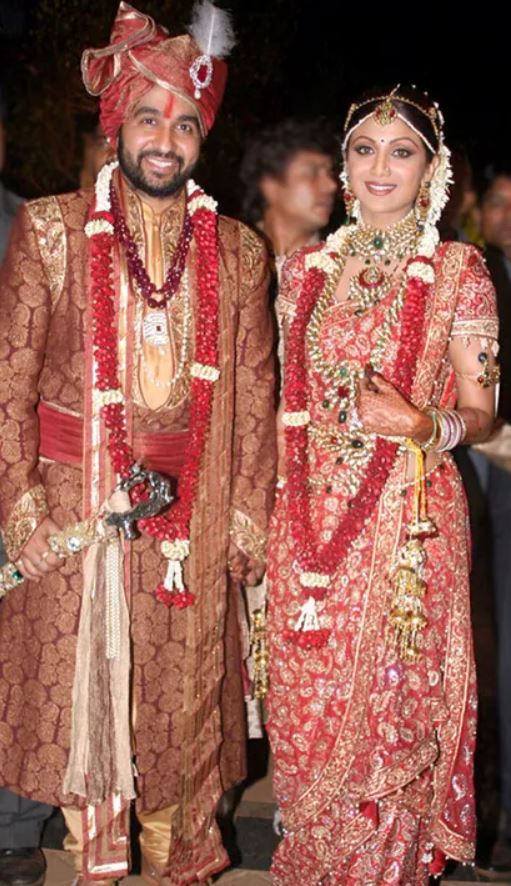 Though it seems like just yesterday when Raj Kundra and Shilpa Shetty had tied the knot, it has been more than 11 years since that blissful day. To mark their eleventh wedding anniversary in 2020, Shilpa had captioned a picture with Raj as "No filter LOVE. The REAL DEAL. As we complete 11 years today, I still have eyes only for you (and on you). Somethings never change. What was... STILL IS! Whoa! 11 years and not counting! Happy Anniversary, my Cookie, @rajkundra9 #11on22 #11thAnniversary #husbandwife #love #blessed #gratitude #family #companion." And Raj had captioned his video post as "I Love you and I will always Love you @theshilpashetty till I die and if there is life after that I will continue to Love you. Happy Anniversary my darling. #11years #Anniversary #Eternal #loveyou." (Also Read: 19 Beautiful Bollywood Actresses And Their Real Life Mehendi Look) 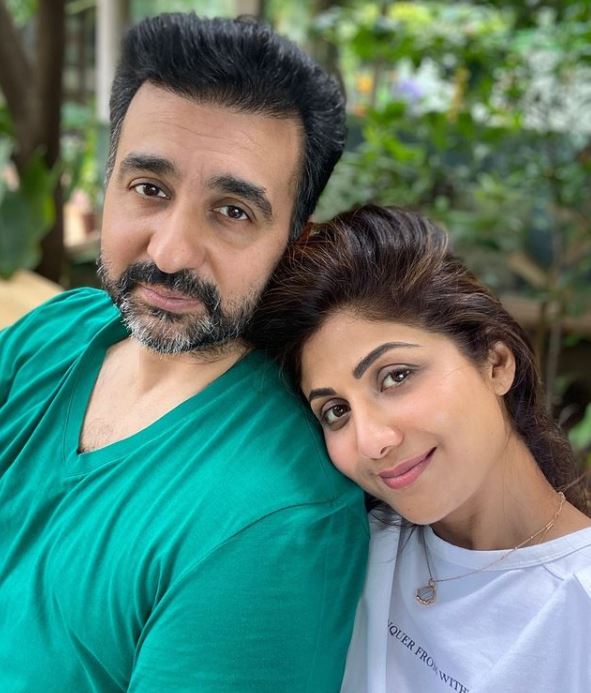 Which is your favourite bridal mehendi trend? Do let us know!