Shilpa Shetty Kundra is a proud mother again as her son, Viaan Raj Kundra has made a big house out of cardboard and lego. Check out the house tour inside! 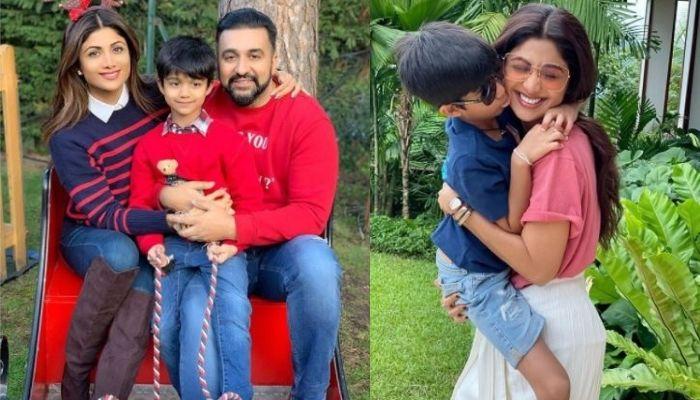 Shilpa Shetty had gotten married to the businessman, Raj Kundra on November 22, 2009. Since then, both of them have been an inspiration to many newbie couples. The couple had gotten blessed with their first child named, Viaan Raj Kundra on May 21, 2012. However, it was on February 15, 2020, when Shilpa Shetty Kundra and Raj Kundra had welcomed their second born, a baby girl via surrogacy, whom they have named Samisha Shetty Kundra. And since then, Shilpa and Raj are not only giving couple goals, but also setting the right standards for every parent. (Also Read: Tahira Kashyap Wishes Her 'Soulmate', Ayushmann Khurrana On His Birthday With A Cake Smashed Picture)

Shilpa has been a hands-on mommy and gives most of her time to her kids. From teaching Viaan baking to farming, Shilpa is ensuring that her son knows anything and everything. Viaan too makes Shilpa proud with his cute antics like making a card for her or learning fitness from her parents. Now, Shilpa is again a proud mother as her son, Viaan has made a big house out of cardboard and lego. 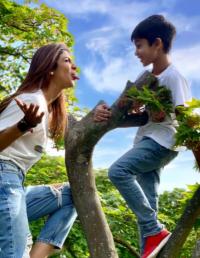 On September 13, 2020, Shilpa took to her IG stories to give a glimpse of cardboard and lego house made by her son, Viaan Raj Kundra. In the series of videos, Shilpa can be heard proudly flaunting the beautiful, big house made by her son as he explains every section of the house and what all material he used to make his house. Viaan’s excitement about the house can be heard in his voice clearly. Take a look:

Along with it, Shilpa had shared another impressive video made by her son, Viaan Raj Kundra on her IG handle. In the video, we could see Viaan's sharp VFX skills as he had inserted a tiger in the video alongside his father, Raj Kundra, who could be seen doing a little bit of acting for the sake of his son’s happiness. Along with this video, Shilpa had revealed that her son had converted her hubby into an actor. Her caption could be read as "Sundays be like... My son and director, Viaan-Raj convert my hubby @rajkundra9 into an actor Batao! Ghar ki murgi dal barabar!" The doting dad had also shared the same video on his Instagram handle and had written, "Don't miss my son shouting action he wanted to show off his editing and VFX skills so here you go Cats #punjabi power" in the caption. Take a look:

During the lockdown, we had seen the mommy-son’s baking phase as well. On May 7, 2020, Shilpa had taken to her Instagram handle and had shared a glimpse of how she was spending quarantine with her munchkin, Viaan. She had posted a video of baking peanut butter choco-oat cookies with Viaan. In the video, we could see Viaan taking an utmost interest in all the steps of baking and he had looked like a perfect helper for his mommy. (Don't Miss: Showik Chakraborty Says Sushant Singh Rajput's Manager Procured Drugs For Him Not Rhea Chakraborty)

Viaan is always thankful to his mother, Shilpa for all the love and teachings. On the occasion of Mother's Day, Viaan had surprised his mom with a handwritten letter and it was the most precious gift that every mom loves to get. Shilpa Shetty Kundra had taken to her Instagram handle and had shared a video with her son, Viaan Raj Kundra and daughter, Samisha Shetty Kundra and a clip of her son's letter. Alongside it, she had written a cute caption that could be read as "Making the decision to have a child - it is momentous. It is to decide forever to have your heart go walking around outside your body. ”- Elizabeth Stone. To the two halves of my heart  Viaan & Samisha: You both complete me. I love you! Thank you for choosing me. Happy Mother’s Day... to me and to all those amazing mothers out there." (Recommended Read: Anushka Sharma Shares An Unmissable Photo Of Her Baby Bump, Hubby, Virat Kohli Drops A Cute Comment)

What are your views about Viaan Raj Kundra’s cardboard and lego house? 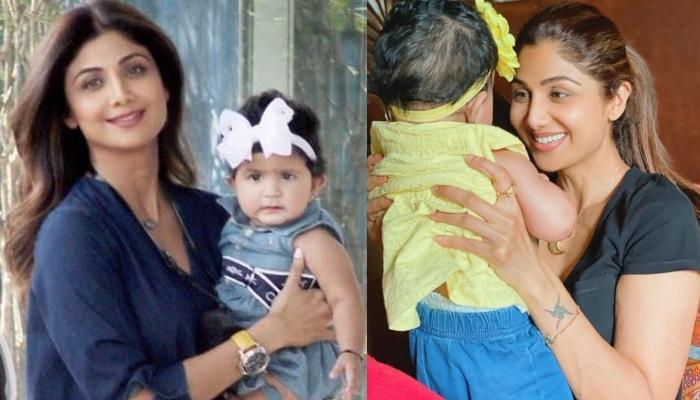 There will be so many milestones in your baby’s life which no matter how hard you try, but won’t remember it distinctly in the coming years. Which is why it becomes important to capture every moment of the little one on camera so that you can reminisce the beautiful memories