Charu Asopa Sen Shares Pictures From Her Brother's Pre Wedding Ceremonies, She Looks Like A Vision

Charu Asopa Sen Shares Pictures From Her Brother's Pre Wedding Ceremonies, She Looks Like A Vision

Charu Asopa Sen and Rajeev Sen are a match made-in-heaven. Recently, Charu posted ethereal pictures from her brother's pre-wedding ceremonies and she looked like a vision in all the functions. 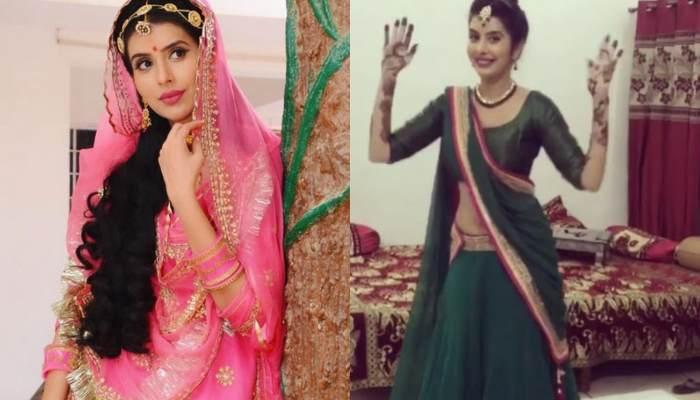 Marriage is one of the most awaited days in any girl’s life. A girl dreams about her wedding day through her entire childhood and wishes it to be just perfect. From preparing herself to leave her abode to start a new life to preparing for all the rituals, a wedding is the most emotional moment of any girl and she cherishes every bit of it. Charu Asopa also went through the same emotions when she had tied the knot with the love of her life, Rajeev Sen. (Also Read: Bigg Boss' Sidharth Shukla Praising Mahira Sharma's Lips Hint At A Possible Love Story Between Them)

Charu and Rajeev made headlines when they had decided to tie the knot and were pronounced husband and wife on June 16, 2019, in Goa amidst close friends and family. It was Rajeev’s elder sister, Sushmita Sen who had announced the big news of her brother’s relationship on May 4, 2019. The much-in-love couple had tied the knot as per Bengali as well as Rajasthani rituals. Since their wedding, the two has been sharing mushy and romantic pictures with each other. Now, Charu is all geared up for another wedding in her family and it is of none other than her brother, Chetan Asopa. On November 20, 2019, Charu took to her Instagram handle and shared a couple of pictures from the haldi and mehendi ceremony. Charu looked gorgeous in a green lehenga with matching jewellery. Charu also posted a video from the mehendi ceremony where she could be seen dancing her heart out flaunting her beautiful dance moves. For the haldi ceremony, Charu donned a brown bandhani print saree with a brocade yellow blouse and accentuated her look with red lipstick, bindi and sindoor. Take a look: 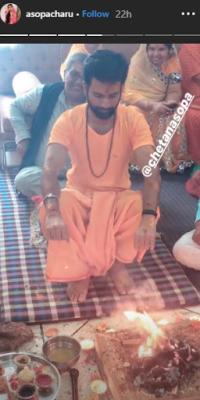 Charu also shared pictures from the engagement ceremony, for which she opted for a peach lehenga and looked breathtaking with her open hair. She accentuated her look with a matching necklace, maang teeka and bangles. Her husband, Rajeev Sen complemented her in a white shirt and brown jacket. (Also Read: Milind Soman Trying To Copy Ankita Konwar By Dancing On Bihu Music Is The Cutest Thing On Internet) 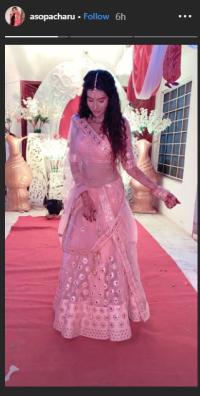 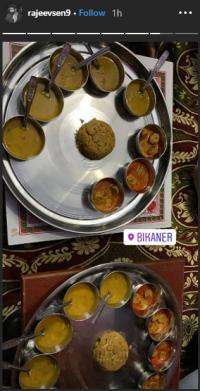 For the Pithi Dastoor ritual, Charu had opted for a pink lehenga and complemented it with traditional Rajasthani jewellery. She had looked splendid as she had walked with her family for the ceremony. Sharing an array of pictures from the same, Charu had written, “Vighno ko harna mangal karna, Karaj sidh kar jana , mere ghar main padharo gajanandji... Shree ganeshaye namah… #sadeveerediweddinghaiji @chetanasopa #humladkewalehain.” Also checkout a picure of the soon-to-be-groom with his star sister:

Charu Asopa Sen and Rajeev Sen surely look like a match made straight out of heaven. In an interview with the Bombay Times, the Baal Veer actress had revealed if it was love at first sight for them. She had shared, "After our first meeting, we had decided to catch up again over coffee, but I left for my hometown, Bikaner. I was on a much-needed break after my show, Jiji Maa, ended. In fact, I hadn’t decided when to return. However, as luck would have it, I was offered KarnSangini and had to report on the set the very next day.” 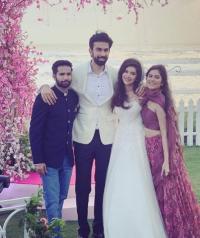 Charu Asopa Sen had continued, “I texted Rajeev from the set and told him that we could meet for coffee. I had assumed that the meeting would end in half an hour. However, we went on talking for hours until I told him that I had to leave as I had an early call time the next day. We started chatting, spending time together and the rest, as they say, is history. I don’t know if I can call it love at first sight, but it looks like that.” (Also Read: Neha Dhupia Finally Reacts On Being Trolled For Postpartum Weight Gain And Not Getting Work) 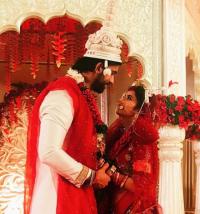 Isn't Charu looking gorgeous! What do you think? Keep us posted.