Shehnaaz Gill's Parents Got Teary-Eyed And Worried After Seeing Her As A Bride, Here's What We Know

Shehnaaz Gill's Parents Got Teary-Eyed And Worried After Seeing Her As A Bride, Here's What We Know

Shehnaaz Gill made her runway debut and left everyone stunned with her bridal avatar. However, the latest reports suggest that her parents got emotional after seeing her as a bride for the first time.

Popular actress, Shehnaaz Gill has been ruling our hearts with her bubbly nature and down-to-earth personality. The gorgeousness enjoys a massive fan-following, and she never shies away from speaking her heart out. Shehnaaz's life had crumbled down to shreds after the sudden demise of her rumoured boyfriend, Sidharth Shukla, but she had picked herself up and had got back to work. The actress will soon make her Bollywood debut with the film, Kabhi Eid Kabhi Diwali.

On June 19, 2022, Shehnaaz Gill had made her ramp debut at the Times Fashion Week and had turned showstopper for the designer, Samant Chauhan as a Rajputana bride. The actress had donned a red-coloured heavily embroidered lehenga along with traditional jewellery and had made heads turn. She had left everyone awestruck with her ethereal beauty and confidence. Shehnaaz had posted a video of her ramp walk on her IG handle and had penned:

“Debut walk done right! Walked for the super talented designer @samantchauhan at the @timesfashionweek. Thank you people of Ahmedabad for making us extra special for me! Your hospitality and love is immeasurable.”

For her runway debut, Shehnaaz Gill had dressed as a bride for the first time, and she had owned it like a queen. As per the latest report in BollywoodLife, it is stated that everyone in Shehnaaz's family was ecstatic to see her in a bridal avatar. While her brother, Shehbaaz was too awestruck by seeing his sister as a bride for the first time, her parents became a little worried. The source can be quoted as saying:

"Shehnaaz is the heart of family and eve since the death of Sidharth Shukla, Sana hardly focuses on her personal life, and she is on her journey to make her career and her family is extremely happy with the way she is positively moved on. Sana is right now focusing on her career, and she is not even thinking about love or marriage maybe she never will, and we all know the reason. While her parents are worried about his new workaholic Sana. They are extremely happy with her achievements but want her to even focus a little bit on her personal life as well." 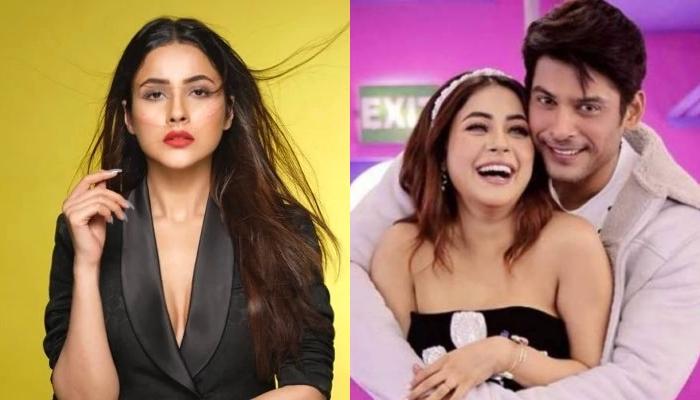 For the unversed, Sidharth Shukla had died of a heart attack on September 2, 2021. After which, the actress had gone into a shell, but lately she has tried her best to come out of the toughest phase of her life. She had even made a heartfelt music video, Tu Yaheen Hai as a tribute to her rumoured boyfriend, Sidharth Shukla. The video had beautifully captured their friendship and had spoken volumes about their inseparable bond.

Also Read: Neetu Kapoor Shares Her Take On Her Son, Ranbir's Marriage, Says It's All About Finding Right Person

Time and again, we have seen Shehnaaz Gill expressing her love for late actor, Sidharth Shukla, and honouring their precious bond. Some time back, Shehnaaz had turned cover girl for Face Magazine, and in an interview with the publications, Shehnaaz had talked about the famous hashtag 'SidNaaz' and had shared how she has coped with Sidharth's sudden demise. The actress had said that for her 'SidNaaz' wasn't just a hashtag but it was her whole life with him. In her words:

"For people, SidNaaz was just a hashtag, their favourite jodi, but for me, it was a life that I lived and experienced and it will stay with me forever. A big thank you to the audience who loved our pairing together and the hashtag as well. But for me it was not just a hashtag, it was my everything." We totally love Shehnaaz and admire her for the way she coped with Sidharth Shukla's death!

Next Read: Ruchikaa Kapoor Shares A Glimpse Of Daughter, Anaya, The Little One Flaunts Her Cute Earrings