Rashami Desai and Arhaan Khan are trending in the 'Bigg Boss' house with their love for each other. In a recent episode, Shefali Bagga calls Arhaan and Rashami's relationship fake. 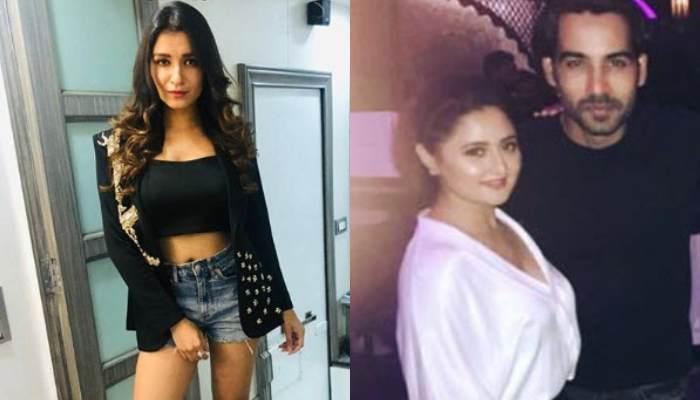 Bigg Boss Ka Hai Game Life Is Not The Same – Bigg Boss is living up to the expectation of its audience with its frequent fights and arguments. With a lot of twists and turns, the show is the most popular among all the reality shows. Not just the fights, the changing relationships of the contestants are also seen in the episodes. From Paras’s 'sanskari' playboy image to Sidharth Shukla losing his temper with a drop of a hat, this season’s contestants are leaving no stones unturned to prove that they are well-deserved for the show. (Also Read: Neha Kakkar And Her Brother Tony Kakkar Slam A Comic Act For Body-Shaming Her, Express Their Disgust)

The last few episodes of Bigg Boss were keeping the audiences hooked to their television screens. From the wild card entry of Madhurima Tuli to Arhaan Khan and Shefali Bagga's re-entry, the show is getting interesting with every episode. From the moment Arhaan has re-entered the show, Rashami was seen having a happy time with her rumoured beau. With the entry of Madhurima, Shefali and Arhaan, it seems that everyone’s game plan and plotting just changed. While the fans of Rashami and Arhaan are already enjoying their camaraderie and are praying to witness some romantic moments of their favourite jodi, it seems that a fellow contestant is not quite convinced with their relationship.

In the recent episode telecasted on December 4, 2019, Shefali Bagga, who re-entered the show with Arhaan told Rashami and Arhaan that she is not convinced with their bond and even thinks that they are faking it. In the recent episode, Shefali was having a conversation with Arhaan about his feelings for Rashami and how serious he is about the same. She further tells him if their feelings are genuine then they should get married on the show, to which Arhaan revealed that if they do so, it will be written down in the history of Bigg Boss.

Shefali further told him that even if he agrees, she is confident that Rashami would not agree to it. Later, when Arhan and Shefali ask Rashami whether she will get married to Arhaan, a nervous Rashami responds by saying not to bring such topics as it gives jitters to her proving the point made by Shefali. At this point, Shefali calls their love for each other fake and challenges them to get married in the Bigg Boss house. (Also Read: Saif Ali Khan Calms Down An Irritated Taimur Ali Khan At The Airport, Gives Us Major 'Daddy Goals')

For the unversed, after entering the show, Arhaan went down on his knees and had proposed Rashami and Rashami also responded in positive, saying ‘I love you too’. In the latest episode, we saw Arhaan Khan had made an entry in the house and had confessed his feelings for her but a task given to the contestants had asked them to ignore the new entries and Arhaan came and went straight to Rashami and asked her to give him a hug but due to the task, she couldn’t do so. After Arhaan had left (for a moment), we saw a happy and sobbing Rashami hugging Arti Singh. Rashami had confessed her feelings for Arhaan to Arti and even said that they have just started to explore their love for each other and are in a happy place together.

After Arhaan’s eviction from the house, in an interview with the Bombay Times, he had confessed his feelings for Rashami. He had also stated that he wanted to go back inside the BB house, only to propose Rashami for marriage. Arhaan Khan, during the same interview, was quoted as saying, “Rashami was my best friend and I got to know her better while staying inside the house and my feelings towards her changed. I felt attracted to her inside the house. Unki taraf se bhi jo gestures the toh cheezein kaafi change hone wali thi. Unfortunately, that didn’t happen. She was shocked and cried a lot when I was leaving the house.” (Also Read: Sameera Reddy Opens Up About The Criticism She Received On Her Weight, Gave It Back To The Trolls)

Well, let's wait and watch how their love story develops inside the Bigg Boss house.