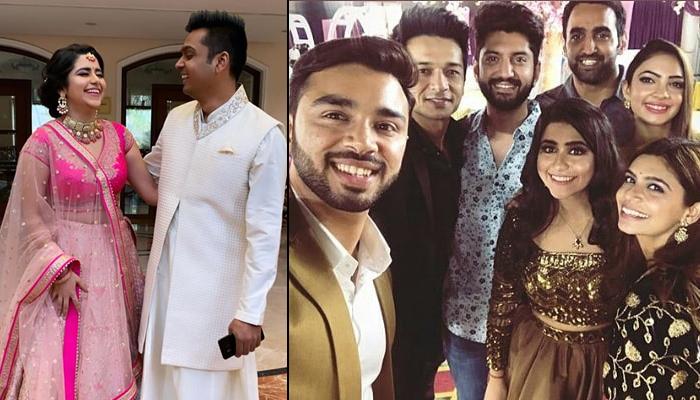 Do you remember Ishaan from a Disney Channel India show, Ishaan: Sapno Ko Awaaz De? Or Sunaina Mathur from POGO channel show, Sunaina- Mera Sapna Sach Hua? Well, the aforementioned stars, Tapasvi Mehta and Palak Jain have grown up from being child actors to into gorgeous and talented artists. Not only this, Tapasvi and Palak are madly in love with each other and are all set to tie the nuptial knot next month.

While childhood sweethearts, Palak and Tapasvi will embark on their marital journey of togetherness on February 10, 2019, the pre-wedding celebrations have already begun for the soon-to-be-married couple. Palak and Tapasvi will get married in her hometown, Indore where her haldi, mehendi and sangeet ceremonies will also take place on February 7, 8 and 9 respectively. 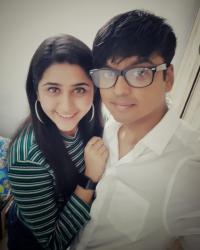 But on January 28, 2019, a pre-wedding ceremony took place in Mumbai where the who’s who of the TV industry were in attendance. From Ronit Roy, Pooja Sandeep Sejwal, Shweta Kawatra to Kishwer Merchant and Suyyash Rai, Kunal Jaisingh and Bharati Kumar, amongst others, attended the ceremony to bless the couple. Before the evening function, sagan and chunri ceremony was held in the morning. While the bride-to-be, Palak looked beautiful in a pink lehenga choli with traditional jewellery, Tapasvi looked dapper in off-white Indian wear. It was attended by close friends and family. Here are the pictures: 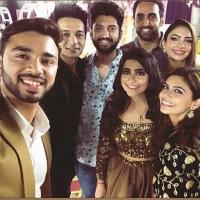 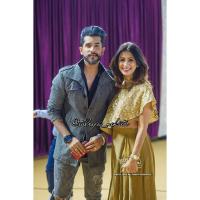 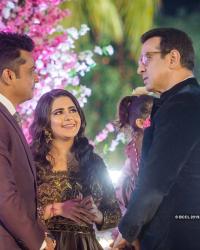 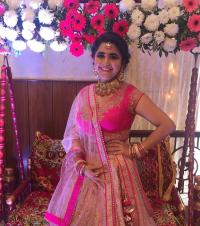 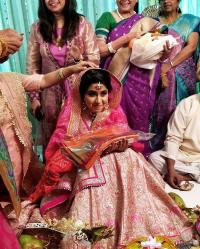 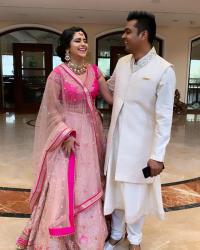 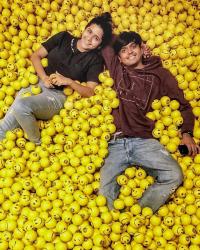 Elaborating on why she chose her hometown, Indore for the wedding, Palak remarked, “I could have got married in Mumbai, but I have my own reasons for choosing Indore. Firstly, it’s my hometown and secondly, I want people to take two days off and consider it as a short holiday. I don’t want them to stress about work”. The bride-to-be added, “My father jokes that he shouldn’t have a seating arrangement for the bride, as she won’t be sitting at all. I am part of almost every dance performance at my functions.” 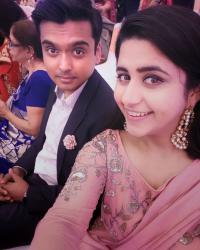 Sharing her starstruck moment with her crush, Tapasvi and how love blossomed between them, Palak had stated, “I was his biggest fan. I was starstruck when I got to meet him for the first time then. There was no connection with him, but he returned to Mumbai for 10 days in February 2016 for the casting of his film, and that’s when a common friend suggested that I join Tapasvi in the production. I don’t know whether it was my love for production or him, but I immediately agreed. We grew fond of each other, but didn’t get enough time to bond over.” 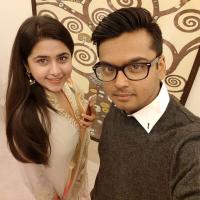 And do you know that Palak proposed to Tapasvi in the most romantic way possible? Speaking about the same, Palak was quoted as saying, “A year later, I left for Australia for three months to work on the film’s production and that’s when things started rolling. One day, I proposed to him, going down on my knees, holding the ‘Will you marry me?’ card. I waited for him at his home and cooked his favourite dish, paav bhaji, and decorated the home with candles and flowers. I popped the question when he was least expecting it. I never thought that he could decline the proposal. I had given him no option (laughs!). He came to India in December 2017 and we told our respective families about our relationship a month later. I never believed that my first crush would be my husband, eventually.” 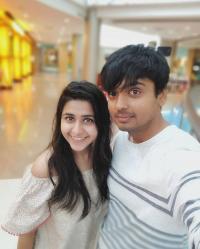 Stay tuned with us for more updates on Palak and Tapasvi’s wedding!