Sharad Malhotra Talks About Babies With Ripci Bhatia After 1 Month Of Their Marriage, Details Inside

Sharad Malhotra Talks About Babies With Ripci Bhatia After 1 Month Of Their Marriage, Details Inside

'Kasam Tere Pyaar Ki' actor, Sharad Malhotra and Ripci Bhatia walked down the aisle on April 20, 2019. Now, the actor has talked about his family planning with Ripci. Checkout!

Banoo Main Teri Dulhan fame and Kasam Tere Pyaar Ki actor, Sharad Malhotra surprised one and all when he had announced his wedding with a Delhi-based fashion designer, Ripci Bhatia. It was an utter shock to everyone since he has always been open about being commitment phobic. Earlier, Sharad had been in a relationship with Yeh Hai Mohabbaein actress, Divyanka Tripathi Dahiya and post that he had even dated Splitsvilla fame, Pooja Bisht. (You May Also Like: Deepika Singh Talks About Her Juggling Act Of Postpartum Depression, Motherhood, And Returning To TV)

Nonetheless, on April 20, 2019, Sharad finally tied the knot in an arranged marriage set-up with Ripci Bhatia, following two wedding ceremonies- first a Sikh wedding based on Anand Karaj rituals and then, a Hindu wedding. His wedding news was trending on social media and all the videos and pictures from the events went viral in no time. Ever since Sharad has been quite open about their love life and life post-marriage. Now, in an interaction with the Hindustan Times, when Sharad was asked about his family planning, he had revealed that his mother is already wishing him to start a family with Ripci. He also shared that a mother can never stop dreaming about kids. Nonetheless, he also revealed that he cannot even think about babies right now as he barely has time to even take Ripci out for a dinner date. Talking about his honeymoon plans, Sharad had stated, "I plan to go to Paris as it’s been there on my wish list for a long time now. I need to figure out my work schedule and then plan my honeymoon, but tentatively I am planning to go around June or July. It’s difficult to take out time if you are part of a daily soap, but even if I get four or five days off, I will make the most of it. I have put a request to my producers, and they have been kind enough on agreeing to adjust my schedule." (Also Read: This Bride's Family Gave The Most Amazing Dowry Of 1000 Books Worth Rs. 1 Lakh To Groom) 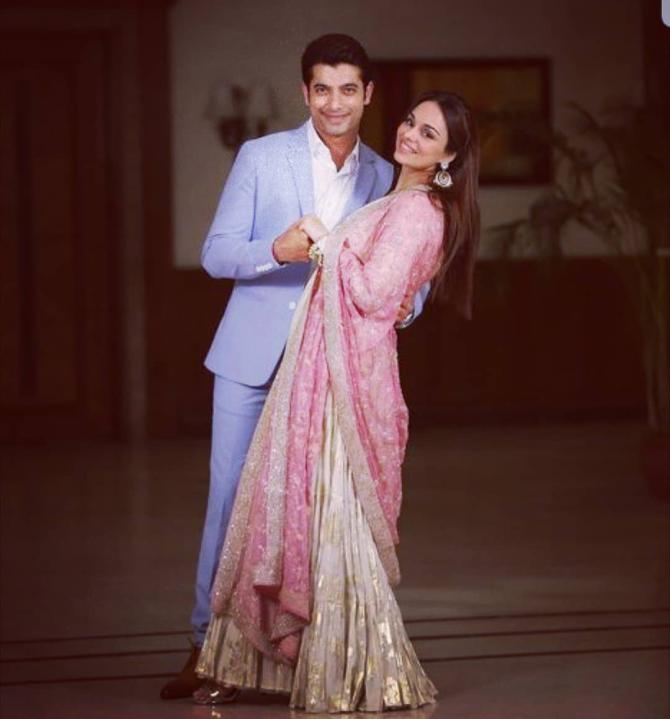 In an interaction with the Bombay Times, Sharad has once shared, "I am really excited to step into this new phase of my life. I am trying to adjust both my personal and professional lives. The production house of Kasam Tere Pyaar Ki has been very adjusting during this time. Also, my gym timings have changed. Previously, I used to hit the gym after wrapping up my day’s shoot, now I am going early in the morning so that I can come home as soon as I am done with my work." The actor had further gone to share how his fans have reacted to his wedding news and how Ripci had reacted to those reactions, "I am happy that the majority of my female fans have reacted very positively to this decision. Many were waiting for my marriage to happen and they are happy for me now. But as expected, a few of them are definitely upset. Initially, it was a bit difficult for her to understand the situation since she is not from the industry. But now she is really very happy with the idea that my fans are reacting so positively to my marriage and the way they have accepted her. Even I am very pleased with this. Ripci is ecstatic with the fan following and how everyone is welcoming her with open arms." (Also Check: Chhavi Mittal's Six-Year-Old Daughter Has Stepped Into Her Shoes As She Make Sandwiches For Her) When Sharad was asked when he knew Ripci was the one for him, he had retorted, “I don’t think there was one [particular] moment when I decided that I wanted to marry her. We were out on a drive and I thought I would take a chance. I asked her (about marrying me) and in case, she refused, I would just laugh it off. But she agreed. Later, we informed our families and they agreed too. So now here we are. Luckily, everything just fell into place.” 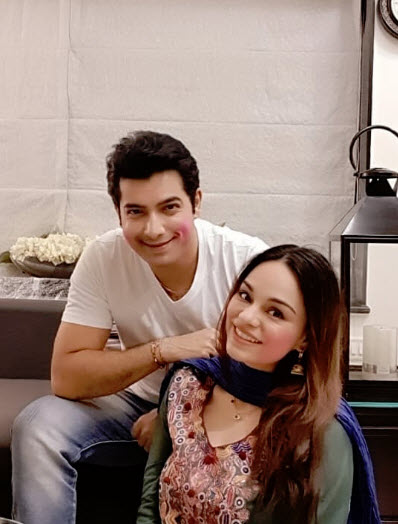 Revealing his love story with Ripci, Sharad was once quoted as saying, "When I was introduced to Ripci, I had just come out of a relationship and was going through a difficult phase. Initially, we would just exchange occasional pleasantries on social media. It was only after Ganpati last year that we got talking on the phone, which was after my last relationship ended. What connected us probably was our fear of marriage. In fact, Ripci travelled the world for six years to avoid marriage, as the pressure on a girl at her age was mounting. I would have loved to do that, too, but I was constantly working. It’s only recently that our families got involved after we spoke over the phone for a few days. Both of us instantly realised that this is it and decided to take the plunge." (Do Check: Hina Khan And The Love Of Her Life Rocky Jaiswal Twin In White On Their Way To Milan [Video Inside]) 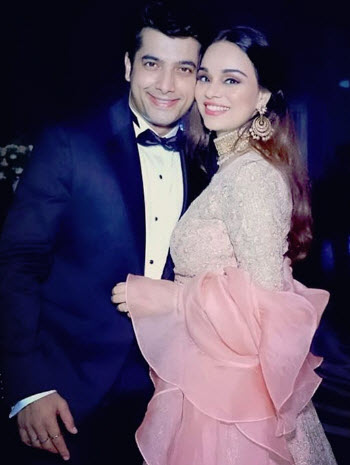 Sharad and Ripci, we wish you both a very happy and blissful life ahead! 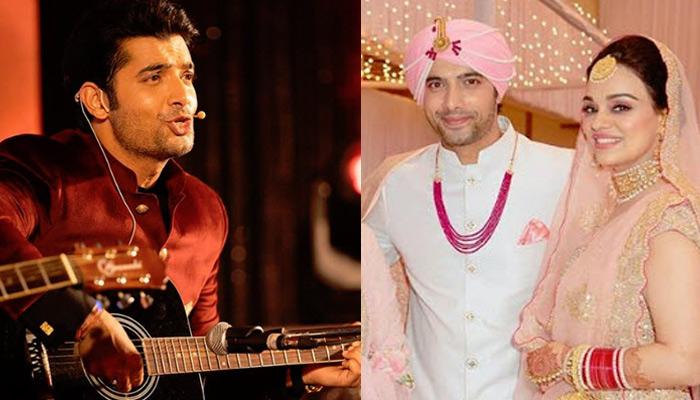 When you are in love, your life seems to be sorted like never before. You will always be high on life, you would be happy and would keep thinking about him/her all the time. No matter how afraid you are about commitment or marriage, when that 'love click' happens, you