In a world, where dowry is taken in the name of gifts, we spotted a perfect groom, who refused to take it in any form. But it was his in-laws that surprised us with their priceless gift of knowledge!

Weddings in India are all about long-lost relatives gossiping at the back of all the shaadi arrangements to cousins waiting to comment on the bride's every move. Then there are parents of the bride, who constantly worry about what to gift their daughter to please her in-laws. Yes, in the modern world of clicks and pics, they call it gifts not dowry. As dowry is a crime, but taking gifts are a gesture of love, welcome to the era of internet savvy generation.  (Recommend Read: Sara Ali Khan And Kartik Aaryan Can't Get Enough Of Each Other, Crack Jokes Hold Each Other's Hand)

But then there are people in India, who have fought the devil called dowry with a full 'NO' in bolds. They are the ones who refuse to take gifts, and while we love these kinds of people. We often wonder won't it be nice if the parents too refuse to give tonnes of gold and big cars in the name of gifts to their daughter's in-laws as they are also equally responsible to play a crucial role and siding with the devil called dowry. 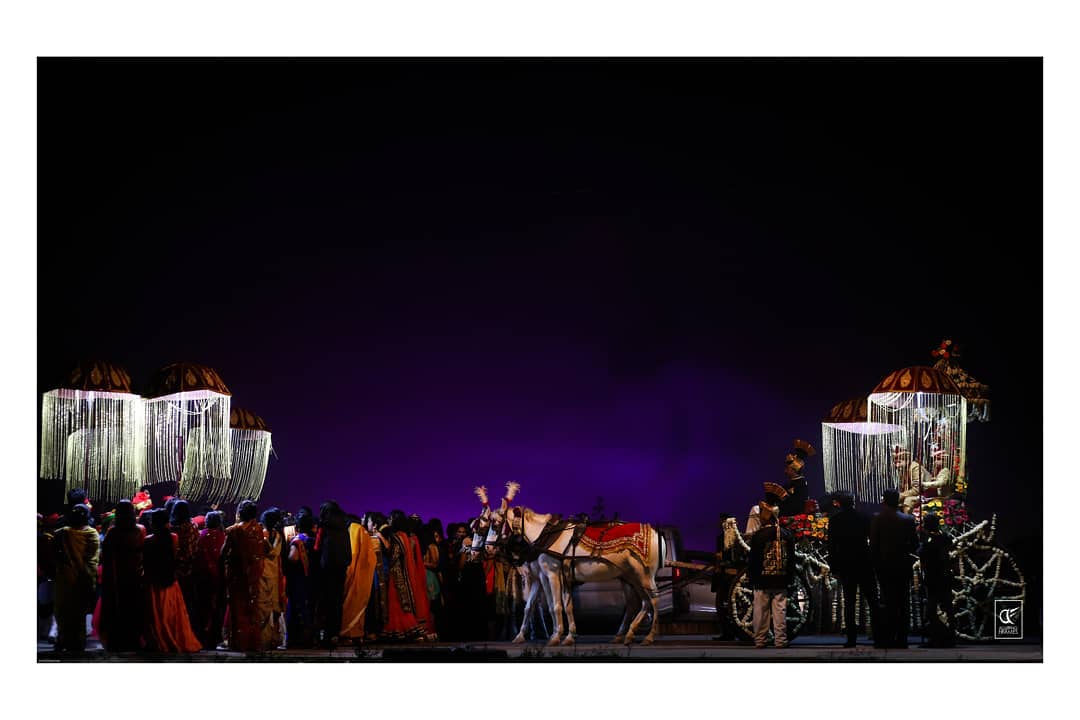 While that's a talk for another time, we spotted a groom who refused to take dowry in the name of gifts. A 30-year-old school teacher, Suryakanta Barik from Sonarpur, West Bengal, told his prospective in-laws that he won't be accepting any kind of dowry. However, when he arrived at the venue, where he was all set to tie the knot with his bride, Priyanka Bej, he was surprised with a huge pile of books. According to a report by The Telegraph, the books were worth Rs. 1 Lakh and it was a gift from his in-laws after he refused to take dowry. (Also Read: Avantika Malik's Mother Responds To Reports Of Divorce Of Her Daughter With Imran Khan) 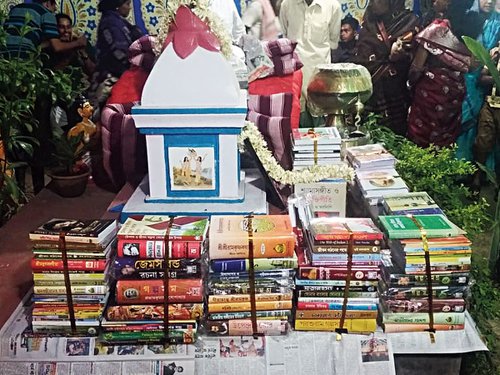 The bride's family decided to surprise their son-in-law, who is an avid reader with 1000 books that costs around Rs. 1 Lakh. And as we say, 'There is no greater gift than the gift of knowledge', however, this groom's gift will be passed on to his all the coming generations.

In an interview, the groom stated, "I had made it clear that I would not accept any dowry. When I arrived for the wedding, I was pleasantly surprised to find a huge pile of books as a gift." The bride, Priyanka, who is also a fond reader shared, "My family knew that I don’t like the concept of marriages that involve giving or taking dowry. So I am very grateful to have a husband who understands that. My father also knew that I love to read. That’s why he gave us this gift." All the books were brought from Kolkata’s college street and Udbodhan Karyalaya, the publishing house of Ramakrishna Math and Ramakrishna Mission. And the collection included the complete works of Rabindranath Tagore, Bankim Chandra Chattopadhyay, and Sarat Chandra Chattopadhyay. (You May Also Like: Anushka Sharma Clicked By Paparazzi Outside A Clinic Sparks Pregnancy Rumours, Pictures Inside)

Well, the world would be a happy place, if more and more people start thinking this way!