It was on April 20, 2019, that Sharad Malhotra got married to Ripci Malhotra in an arrange marriage. Yesterday, on June 20, 2019, they completed two months. Checkout their wishes for each other.

When you are in love, your life seems to be sorted like never before. You will always be high on life, you would be happy and would keep thinking about him/her all the time. No matter how afraid you are about commitment or marriage, when that 'love click' happens, you would simply go for it and say “I do”. Exactly this happened with one of the famous television faces, Sharad Malhotra. The actor who himself confessed being a marriage-phobic finally tied the knot with a promising fashion designer, Ripci Malhotra.

It was on April 20, 2019, that Sharad and Ripci stepped into the holy bliss of matrimony and were pronounced husband and wife to each other. Ever since their marriage, their love for each other has only been increasing with each passing day. Yesterday, on June 20, 2019, they completed two months of marital togetherness and the two couldn't stop gushing about the same. (Also Read: Mira Rajput Kapoor Is Proud Of 'Baby' Shahid Kapoor For 'Kabir Singh', Says 'It's His Time To Shine') 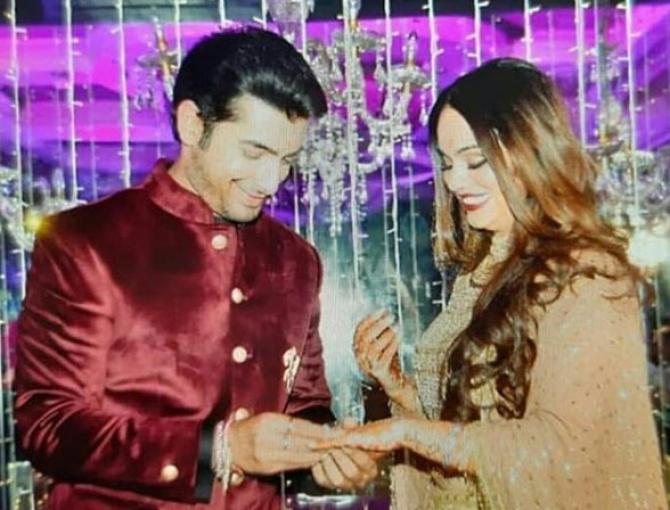 Ripci took to her official Instagram handle and shared a lovely video wherein we can see the doting then-fiance singing for his dulhaniya. Along with the video, she wrote, “And there he was singing one song after another. The ones I hummed when no one was around. They called her lucky. But this wasnt a stroke of luck. She knew. This was a blessing. For something great I must have done in some life or maybe this one. An answer to a countless silent prayer. And maybe he was hers all this time after all and she just dint know. And in that moment, she knew there were no more wishes to make nothing more to ask for. He was it. All that she ever wanted and all that she will ever need. Come home soon @sharadmalhotra009. Thankyou @roxytempest Thank you for all the lovely wishes.” To this, Sharad had replied by commenting, “At a loss of words. The only thing I can give you in return is my love @ripci.bhatia.” Checkout the video and snapshot here:

Sharad, on the other hand, also took to his Instagram handle and shared a lovely post. He wrote, “Happy 2months anniversary @ripci.bhatia shake it like its hot!!!” To which, Ripci replied, “His kinda poetry. I am soo overwhelmed.” Take a look at it here:

Lately, in an interaction with the Hindustan Times Sharad got candid about his family planning. When asked when he will walk on the path of babies, he had shared that his mother is already wishing him to, but he is currently not even thinking about the same. He had also stated that he barely has time to take Ripci on a dinner date. (Checkout: Sushmita Sen Cheers For Rajeev Sen And Charu Asopa As They Set The Stage On Fire With Their Steps) Post their marriage, Sharad had shared how his life has changed after the entry of Ripci Malhotra. He was quoted as saying, "I am really excited to step into this new phase of my life. I am trying to adjust both my personal and professional lives. The production house of Kasam Tere Pyaar Ki has been very adjusting during this time. Also, my gym timings have changed. Previously, I used to hit the gym after wrapping up my day’s shoot, now I am going early in the morning so that I can come home as soon as I am done with my work." Further revealing about his fans' reaction to his wedding news and how Ripci had reacted to their happiness, Sharad had quipped, "I am happy that the majority of my female fans have reacted very positively to this decision. Many were waiting for my marriage to happen and they are happy for me now. But as expected, a few of them are definitely upset. Initially, it was a bit difficult for her to understand the situation since she is not from the industry. But now she is really very happy with the idea that my fans are reacting so positively to my marriage and the way they have accepted her. Even I am very pleased with this. Ripci is ecstatic with the fan following and how everyone is welcoming her with open arms." 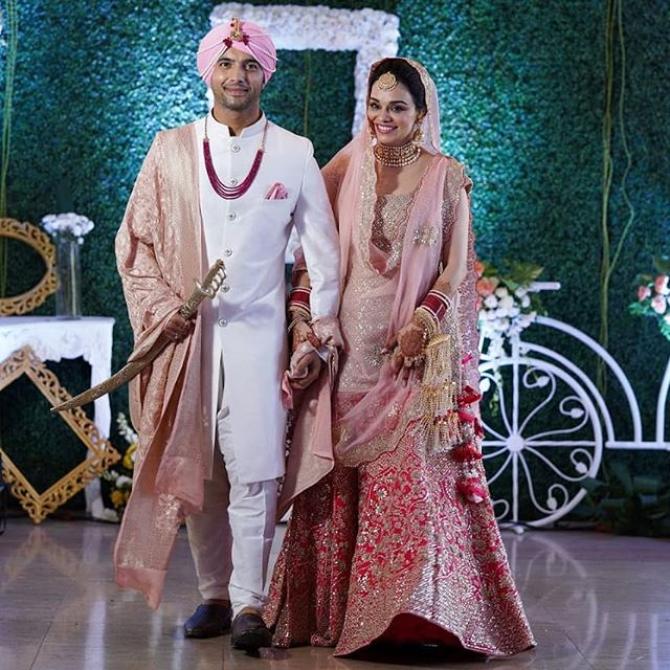 Also, sharing when he knew that she was the one for him, Sharad had shared, “I don’t think there was one [particular] moment when I decided that I wanted to marry her. We were out on a drive and I thought I would take a chance. I asked her (about marrying me) and in case, she refused, I would just laugh it off. But she agreed. Later, we informed our families and they agreed too. So now here we are. Luckily, everything just fell into place.” (Also Read: Parineeti Chopra Shares Interesting Details From Priyanka Chopra And Nick Jonas' Joota Chupai Rasam) Revealing his love story with Ripci, Sharad was once quoted as saying, "When I was introduced to Ripci, I had just come out of a relationship and was going through a difficult phase. Initially, we would just exchange occasional pleasantries on social media. It was only after Ganpati last year that we got talking on the phone, which was after my last relationship ended. What connected us probably was our fear of marriage. In fact, Ripci travelled the world for six years to avoid marriage, as the pressure on a girl at her age was mounting. I would have loved to do that, too, but I was constantly working. It’s only recently that our families got involved after we spoke over the phone for a few days. Both of us instantly realised that this is it and decided to take the plunge." Such a heartfelt message Ripci Malhotra, we must say! Wishing you and Sharad a life full of love and happiness.