On Ripci Malhotra's birthday, her doting husband, Sharad Malhotra gave a glimpse of their Swiss holiday by posting a sun-kissed picture with his wife and a heartfelt wish for her.

As it is rightly said that love comes to you when you least expect it, and for the commitment phobic, Sharad Malhotra, Cupid had hit the right chord once again of his heart. It was on April 20, 2019, when ‘dulhe ka sehra suhana lagta hai, dulhan ka toh dil deewana lagta hai’ moment came in his life with his marriage to a Delhi-based costume designer, Ripci Bhatia. After a lot of speculations whether he would get married or not, Sharad has been surprising everyone with his journey of ‘happily ever after’ with Ripci. (Also Read: Karan Singh Grover Talks About Life After Marriage With Bipasha Basu, Says, 'Life Has A New Meaning')

Sharad Malhotra and Ripci Malhotra have been enjoying their marital bliss to the fullest, and sometime back, they had gone for a mini-honeymoon to Udaipur. Sharad and Ripci had delighted their fans with frequent glimpses from their Udaipur honeymoon. In an interview earlier, Sharad had talked about his honeymoon plans and had revealed that he has been planning for Europe, somewhere around July. Sharad, who is currently working in Muskaan, had also put in a request to his producers to adjust his work schedule. 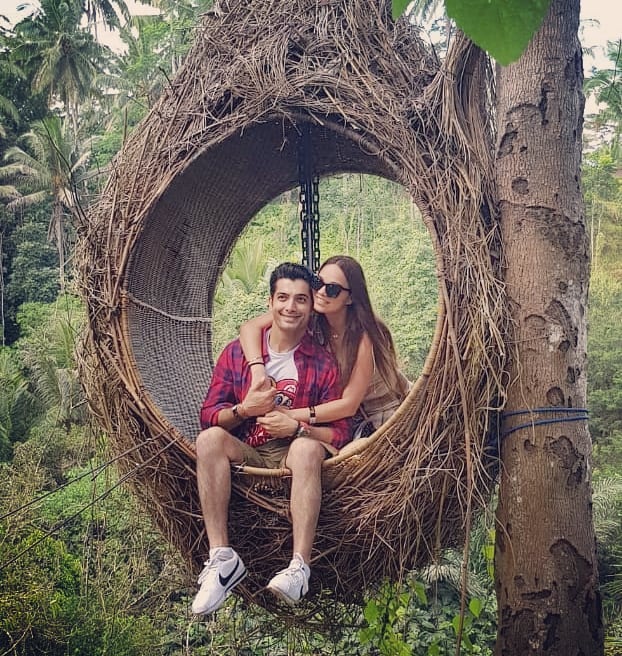 Seems like, his producers agreed, and Sharad Malhotra planned his Europe honeymoon in such a way that he could celebrate his wife, Ripci Malhotra’s birthday too, in a special way. Sharad and Ripci had jetted off for their honeymoon to Europe, four months after their marriage, and speaking about coordinating the trip with her birthday, he had stated to The Times Of India, "It was Ripci's idea to go to Europe and it was my idea to club both our honeymoon and her birthday. We got here a few days back and we intend to travel to Luzern, Interlaken, Lauterbrunnen and Bern too. We hope to get a taste of the capital city and the little Swiss towns as well." 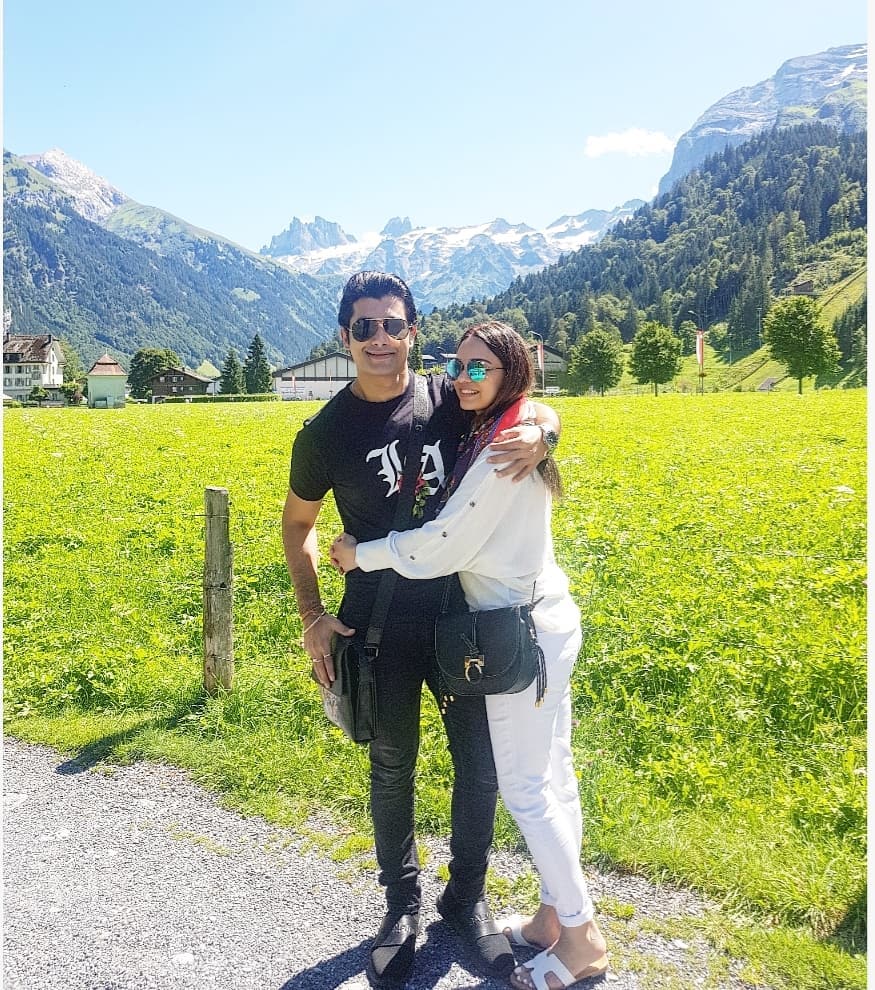 Sharad Malhotra and Ripci Malhotra make for one beautiful couple as they pose for pictures on their Europe honeymoon. From posing in the picturesque backdrop of mountains and sea to an all-smiles picture in front of a souvenir shop, Sharad and Ripci have been painting Europe red with their love and romance. Checkout more pictures from their honeymoon: 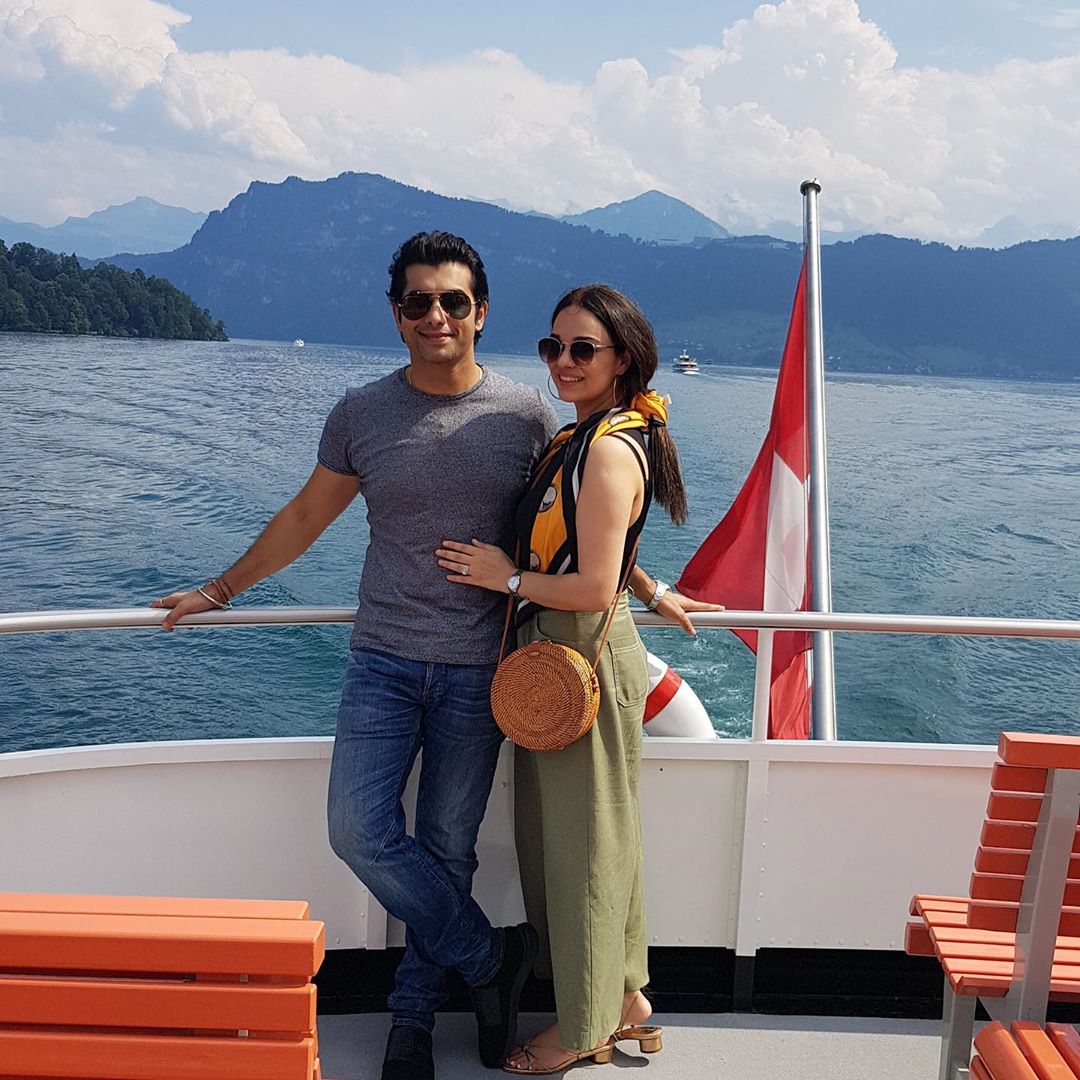 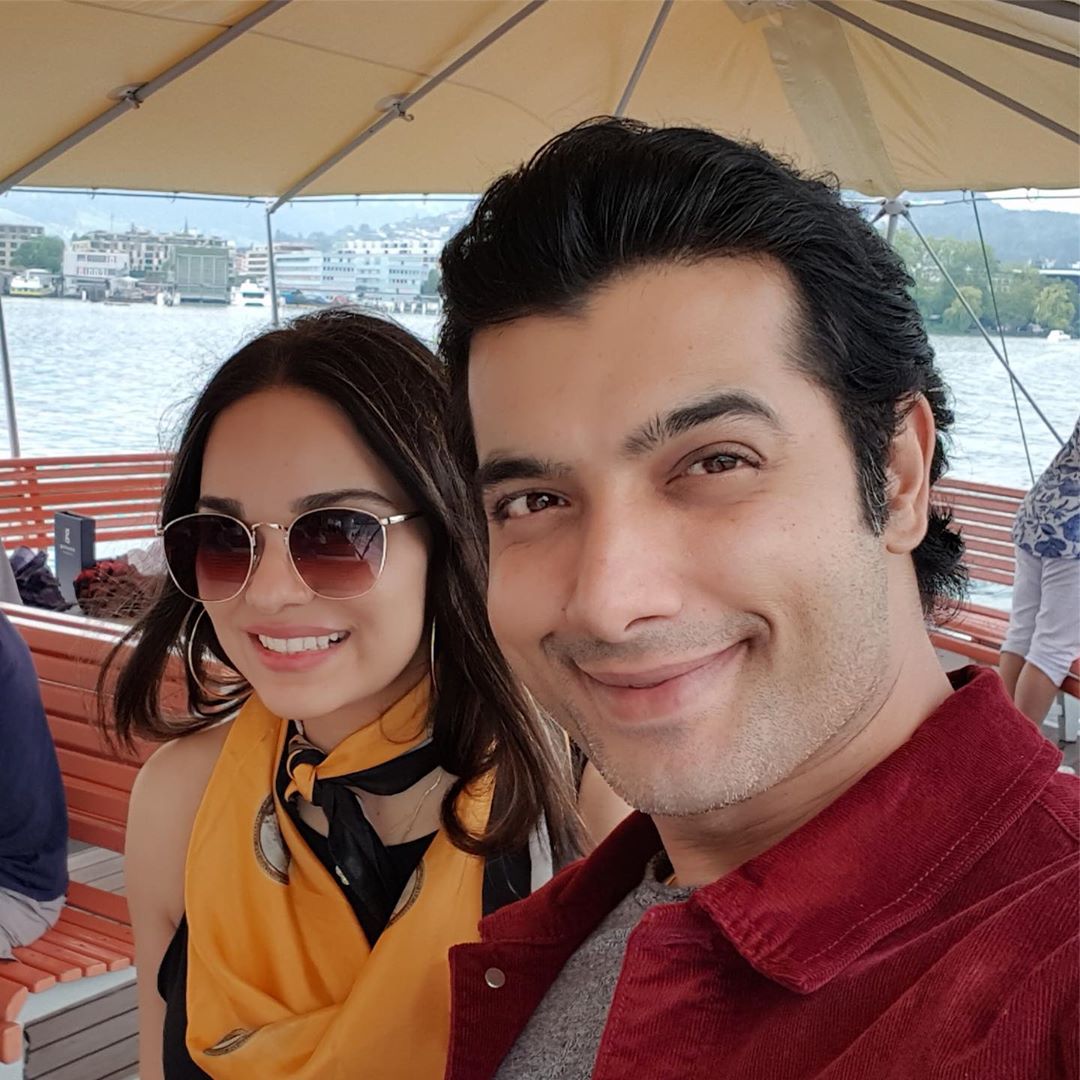 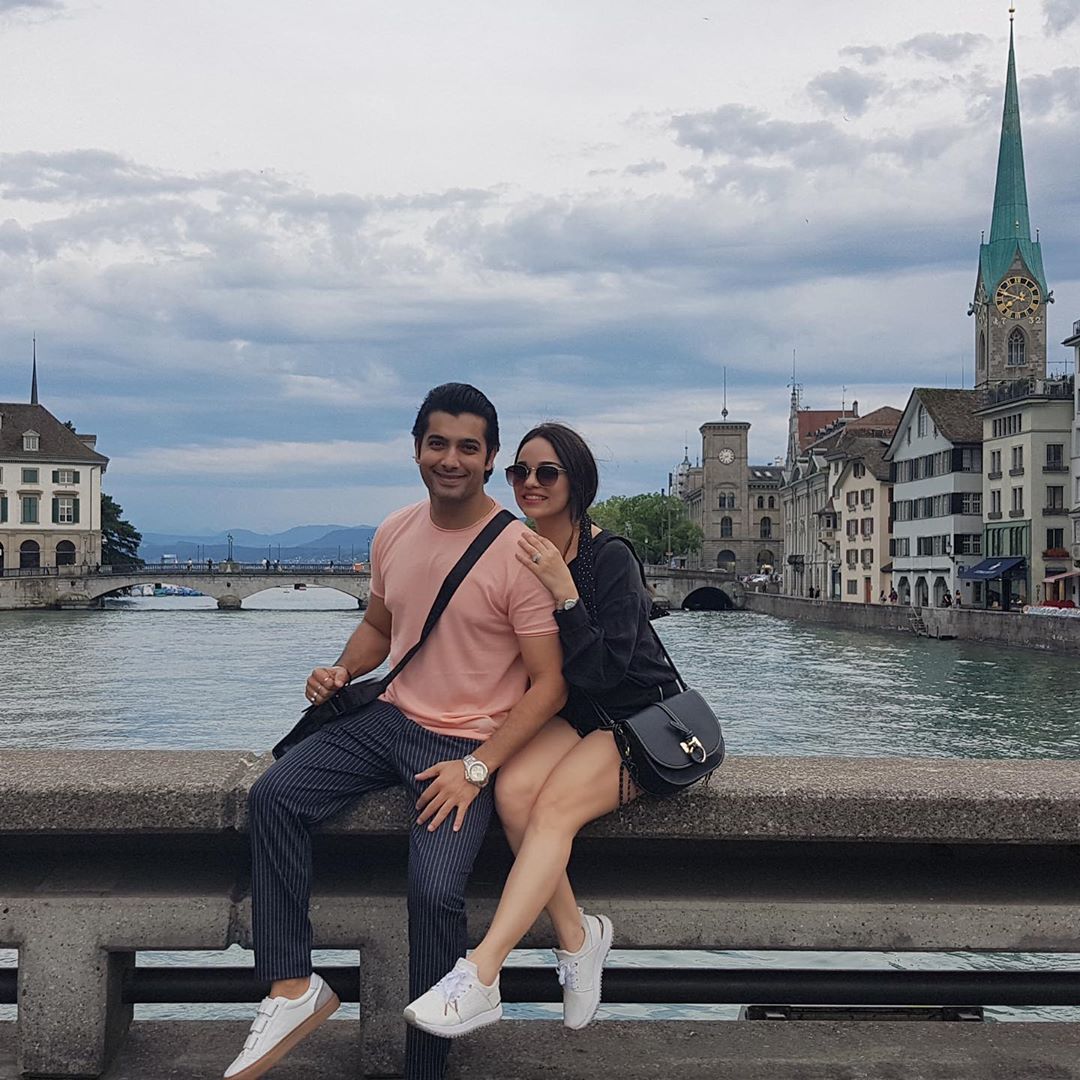 Speaking about how life has been treating them after marriage, Sharad was quoted as saying by The Times Of India, "I finally managed to get a couple of days off from my gruelling daily soap routine and my producers and team were also kind enough to work things around to make this happen. Life after marriage has definitely changed because as a bachelor, you are just answerable to yourself and the responsibilities are much lesser compared to a married man whose life revolves not just around him but his better half as well. A few adjustments, some amendments, conditioning of the mind, patience, trust, love, cooperation and most importantly time are the main ingredients for a healthy and happy marriage." February 14, 2019, is marked as a special day for Sharad Malhotra and his then-fiancée, Ripci Bhatia, as on the ‘day of love’, the lovebirds had decided to make their relationship official. Ripci had shared a post on her Instagram handle wherein she had flaunted the solitaire engagement ring that the ‘man of her life’ gave to her. The picture was taken at the Marine Drive, Mumbai, and she had captioned it as “Each day.. All day.. In love.. now and forever” followed by ring and heart emojis. She also ended her caption with the hashtags, #isaidyes, #happyvalentinesday, #themostbeautifulone, #memories and #anighttoremember. In an interview with the Bombay Times before his wedding, Sharad Malhotra had opened his heart out about maintaining relationships and dealing with heartbreaks. He had stated, “When I was introduced to Ripci, I had just come out of a relationship and was going through a difficult phase. Initially, we would just exchange occasional pleasantries on social media. It was only after Ganpati last year that we got talking on the phone, which was after my last relationship ended. What connected us probably was our fear of marriage. In fact, Ripci travelled the world for six years to avoid marriage, as the pressure on a girl at her age was mounting. I would have loved to do that, too, but I was constantly working. It’s only recently that our families got involved after we spoke over the phone for a few days. Both of us instantly realised that this is it and decided to take the plunge.” (Also Read: Mira Rajput Kapoor Is Completely Smitten By Hubby, Shahid Kapoor's Looks, Leaves Steaming Comment) 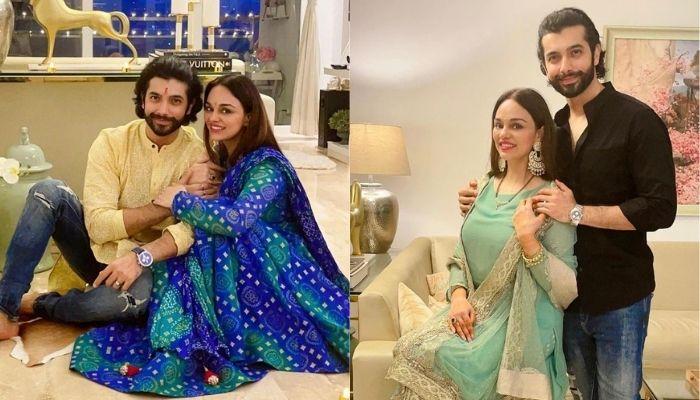 Sharad Malhotra had become an overnight sensation with his performance in the shows Banoo Main Teri Dulhan and Kasam Tere Pyaar Ki. It was on April 20, 2019, when Sharad had ended his bachelorhood life and had tied the marital knot with a Delhi-based fashion designer, Ripci Bhatia. For the longest time,